Is this Kyle Busch's year? "I would certainly like to think so" 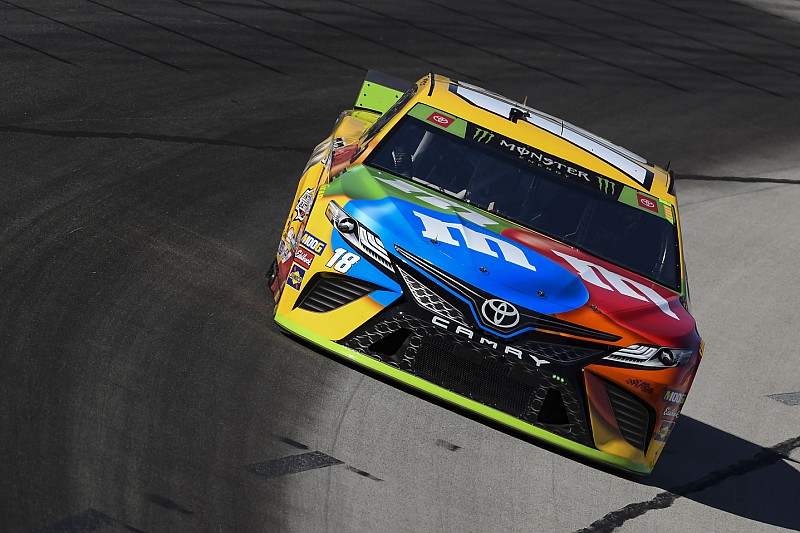 For half a decade now, Kyle Busch has been a contender for the NASCAR Cup Series championship.

In a playoff system that has required both winning and consistency for success, that’s a remarkable statement for one driver and team.

The frustrating part for Kyle Busch is the fact only once has he been able to actually come away with ultimate prize, the series title.

Most would agree it’s harder than ever to get in position to be one of the four drivers eligible for the series championship in the season finale. For Busch, the title itself has been even more elusive.

“Jimmie Johnson scooping up five (championships) in a row was certainly hard for the rest of us to beat. They were on top of it and on top of their game, in different cars for that matter, but that just means we all didn’t do the job and put it all together the way we needed to,” Busch said.

“I look at 2016 as a missed opportunity. Jimmie won that one for seven (championships). So, is this Kyle’s time? Being here five years in a row, I would certainly like to think so.”

Busch, 34, began the season on a roll, winning four of the first 14 races and amassing a pile of playoff points that would ultimately assist him in his playoff run.

However, Busch has failed to reach Victory Lane since his June win at Pocono. His best performance in the playoffs so far came last week, when he finished runner-up to his Joe Gibbs Racing teammate, Denny Hamlin, who won his way into the Championship 4.

It’s been no secret Busch isn’t a big fan of the new aero package which NASCAR debuted in the Cup Series this season.

While he has found plenty of success this year, there are other times when he has become frustrated as his No. 18 Toyota team has struggled to get handle on what Busch needs to reach Victory Lane.

While he led the series standings much of the season, Busch has maintained a guarded attitude the second half of the season when it comes to his chances at winning his second season championship.

Part of the frustration all stems from the simple fact that sooner or later his run of appearances in the title race will end.

“When you get to this final race in this moment, this championship format the way that it is, and five years in a row and you only come away with one, that gets pretty defeating,” he said.

'Fight as hard as we can'

Still, Busch appears to be in a good position to start Sunday’s Ford 400.

When Friday’s practices were rained out, NASCAR elected to cancel Saturday’s qualifying and hold a 50-minute practice session instead.

With the lineup set primarily by owner’s points, Busch will start fourth. He also posted the fastest single-lap speed in Saturday’s practice.

Once again, the chance at a series championship for Busch lies 400 miles away. The question again is, can he finish what he started?

“Fight as hard as we can, do the best job we can, exactly what we did (at Phoenix) – we just weren’t good enough (to win). This week, we’ll just have to make sure that we are,” he said.

“Somehow, some way, if it works out, it was meant to be. If it doesn’t, then it’s not. Hopefully, the sun will come up for another day.”