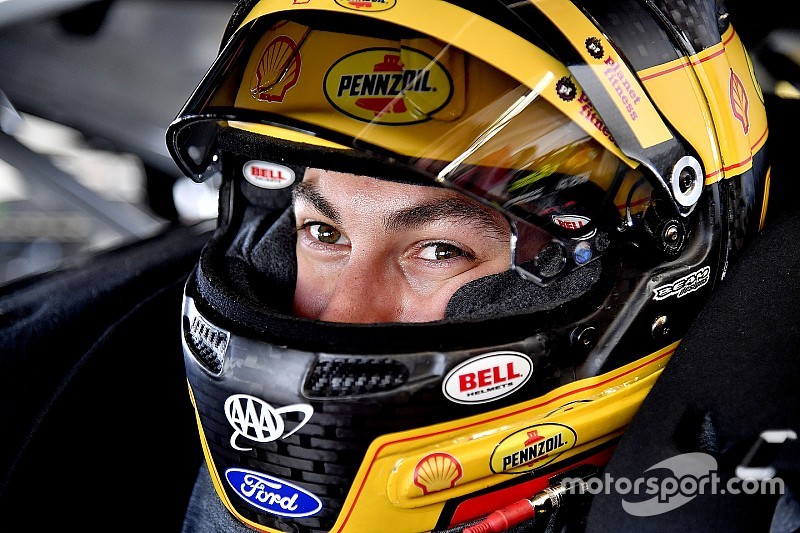 Logano posted the fastest average speed of 196.786 mph during Saturday practice in preparation for the Advance Auto Parts Clash, a session that was dominated by drivers electing mostly to draft and marred by a four-car wreck.

Just over 34 minutes into the session, Elliott got stuck in the middle and was dropping back through the field and collided with Ryan Newman, sending both cars spinning.

“He tried to fill a hole that wasn’t there,” Newman said.

Denny Hamlin and Harvick were also collected in the incident with Hamlin plowing through the infield grass off the backstretch.

“Our car was running fine and I don’t know what happened in the middle (lane),” Harvick said.

Elliott’s team immediately began bringing out a backup car while Hamlin’s team said his No. 11 Toyota “was done” but they did not have a backup car ready to utilize in the remainder of the session.

“From what I could tell it looks like I crowded Ryan (Newman) and caused a crash, so I apologize to all involved and all the men and women who work on these cars that have to fix another one," Elliott said. "It looks like I just messed up. It happens.”

The session returned to green conditions with about 16 minutes remaining, which is also when Jamie McMurray made his first appearance on the track.

With just over 10 minutes remaining in the session, Daniel Suarez spun on his own while coming to pit road entry. He did appear to suffer any damage.