Matt Kenseth scored a top-10 finish in Sunday’s Real Heroes 400 at Darlington Speedway, despite zero practice in a Cup car since his two-year break from the series.

Kenseth drove the #42 Chip Ganassi Racing Chevrolet to 10th place as he returned to the cockpit in place of the fired Kyle Larson, as NASCAR returned to competition following its coronavirus hiatus. Despite his lack of recent experience in the series, Cup veteran Kenseth was making his 26th top-tier start at the venue, where he won in 2013.

“The first few laps were kind of nerve-wracking, but then it was sort of back to racing and thinking about what we needed to be better,” said Kenseth, who was Cup Series champion in 2003. “Everyone on the team has worked extremely hard the last couple weeks to prepare for today, and I’m proud of what we accomplished.

“I learned a lot throughout the race about the way the car handles and reacts to different situations, and it was nice to really get acclimated to the Camaro and the team in a real racing environment. It’s always a good feeling to get a top-10 at a place like Darlington, but to have done it under these circumstances feels that much better.

“I still have some room to improve, but today shows all of us we have a lot to look forward to as the season continues. It was great to be back racing.”

Kenseth is running the remainder of the 2020 season with CGR, and has been granted a waiver from NASCAR making him eligible for the playoffs should he make the 16-driver field.

Another driver making his comeback to NASCAR competition, for very different reasons, was Ryan Newman – taking his first start since his horrific wreck at the conclusion of the Daytona 500 in February. Newman finished five spots behind Kenseth in 15th in his Roush Racing Ford.

“Overall, great to be back in the race car, proud of how everybody worked, not just our team, but everyone in NASCAR to break the ice on getting the world back in motion,” he said. “We started pretty strong and for the first 180 laps or so we were really good, then we got the car too free and we needed it to turn better, but we never got the front to work and made the back loose.” 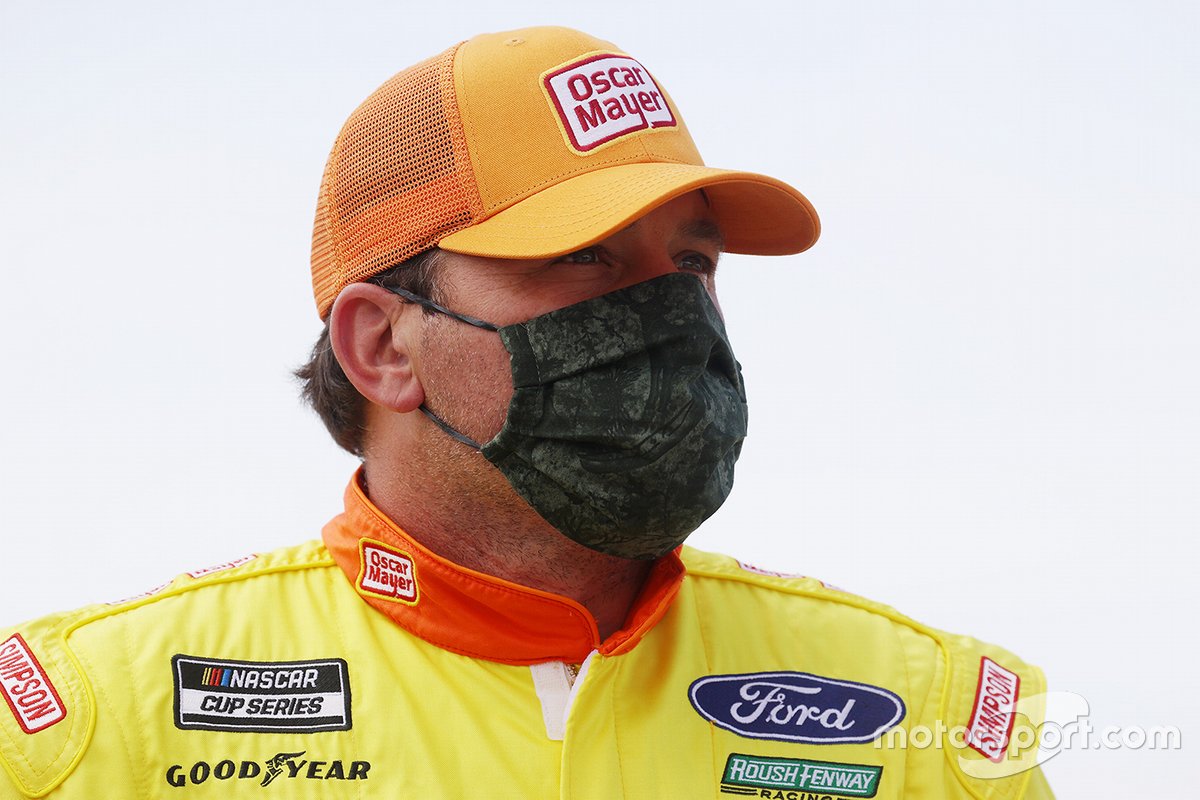 Dale Jr: Johnson will win again if he ‘cleans up mental mistakes’

Opinion: How NASCAR led the world to arrive at the ‘new normal’