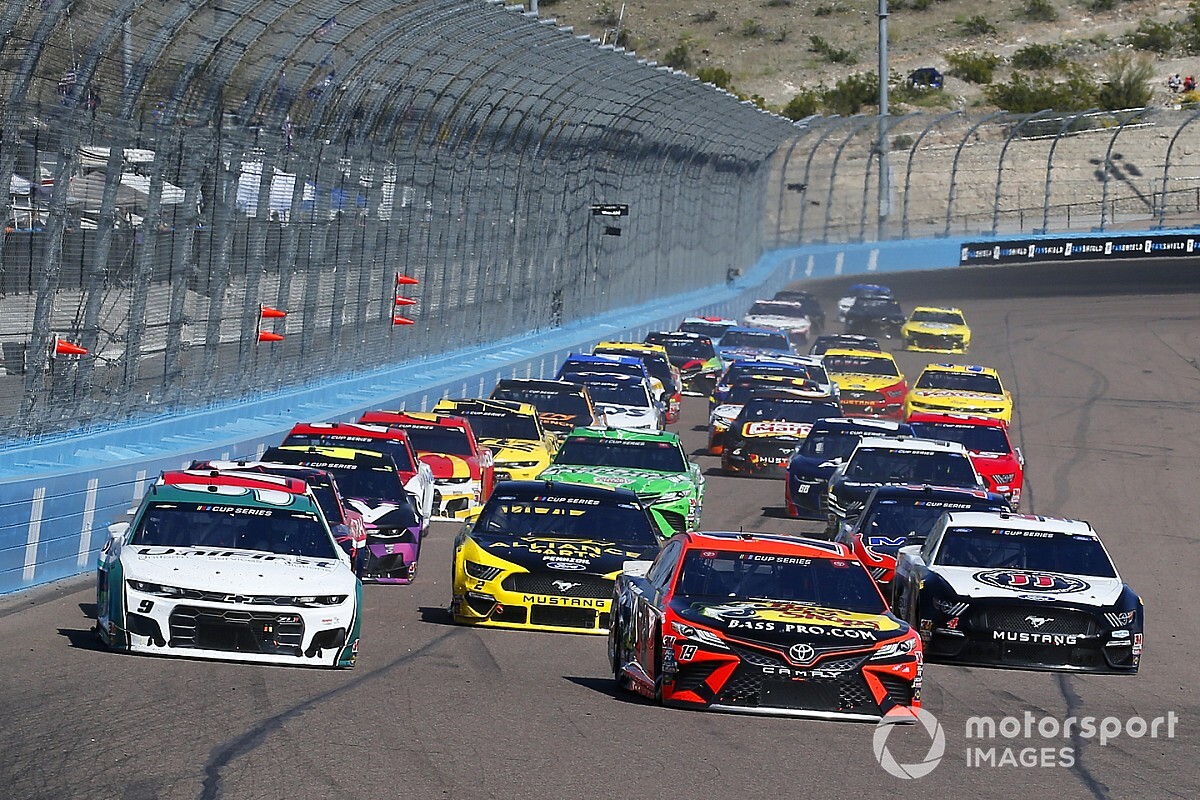 In a fluid situation that changes almost daily, NASCAR faces an uphill climb as they look to return to action in this new normal.

The COVID-19 pandemic halted sporting events worldwide and NASCAR was no exception. Several races have been postponed and the series hasn’t been on track since March 8.

This week, the sanctioning body released an updated schedule that includes four Cup races over a period of ten days with Darlington Raceway and Charlotte Motor Speedway hosting two each. The sanctioning body says they are taking every precaution necessary to ensure the safety of all individuals at the track.

There will be health screenings for all those entering and exiting the facility with strict social distancing guidelines in place. Each team is allowed 16 team members including the driver, owner, crew and pit crew members.  No fans will be allowed to attend and pre-race ceremonies will be done remotely.

Post-race celebrations may look different as well with the standard Victory Lane festivities not really feasible while adhering to social distancing guidelines.

What if someone tests positive?

Should a crew member or driver test positive for the novel coronavirus, vice president of racing operations John Bobo explained the procedure: “I think what we would do in that instance is look at every person that driver interacted with directly. Those folks would probably have to self‑isolate. Then we would obviously make sure that the driver is going to get the care he needs. One thing I forgot to mention is we will be following up with each participant.  We've asked each organization to do that as well for 14 days for symptoms of anybody that's attended the event.”

O’Donnell later added: “We hope we don't have to do this, but we will allow a replacement person for a team member or for a driver.  The parameters will be set up in place with the screening prior to the race, especially for Darlington.  A worst‑case scenario, a three‑hour window if we had to replace someone, we'd have that time.  As you get beyond that, you look at the what ifs.  We're going to learn as we go.

“If you had multiple teams, that's certainly a different story than if we were just isolating one person.”

NASCAR will be one of the first sporting events to return to action after the outbreak, putting a national spotlight on them to get it right -- a fact not lost on the sanctioning body.

“I think it's a big factor in terms of getting it right,” said executive vice president and chief racing development officer Steve O’Donnell. “We realize up front it's a huge responsibility for us as a sport.  But I'm also confident in the group we've gathered to put this plan together.  Our entire industry has come together to believe in the plan we've put together.

“We're certainly going to learn as we go.  But the process we put in place I think gives the industry the confidence that we can be first, we can do this in Darlington.”

NASCAR’s tentative plan is to have at least seven races that are within driving distance for teams and would work as one-day shows, hoping to avoid overnight stays in hotels. “I keep using the word 'fluid', but it is.Once you get beyond those seven events we feel like we'll be ready to continue to look at races where we may be able to travel,” commented O’Donnell.

O’Donnell was reluctant to name which tracks would lose dates due to the revised schedule, but admitted that “those decisions have been made.

“We're not ready to announce those.  That's not to hide the ball.  That is to make sure that we can have proper communication not only with those tracks and the personnel, which I'm sure you can appreciate, but we have a lot of fans in those areas. For the couple tracks where we need to move an event, we want to do that in the right way. We will certainly disclose that to the media, the race teams and the fans will know ahead of time before we get to Darlington. We just want to take a little time here before we're able to announce that.”

NASCAR still plans to keep the playoff races intact, saying of the schedule: “I would say on versions probably 40 through 55 we extended through December. Then things have changed.  It's backed up.  As of today we expect the Playoff calendar to stay intact on the Cup side where we had it ending at the beginning of the year. Again, that could change if some things happen, but that is our intent right now.”

Additionally, NASCAR believes the current plan is “pretty well baked,” but there are backup plans ready to be put into use should the situation change further.

“I would say we started (with) about seven pencils and a lot of erasers and have moved to pen now in terms of saying to our broadcast partners and tracks that this is what we believe we can collectively do.  The industry is there, as well,” said O’Donnell.