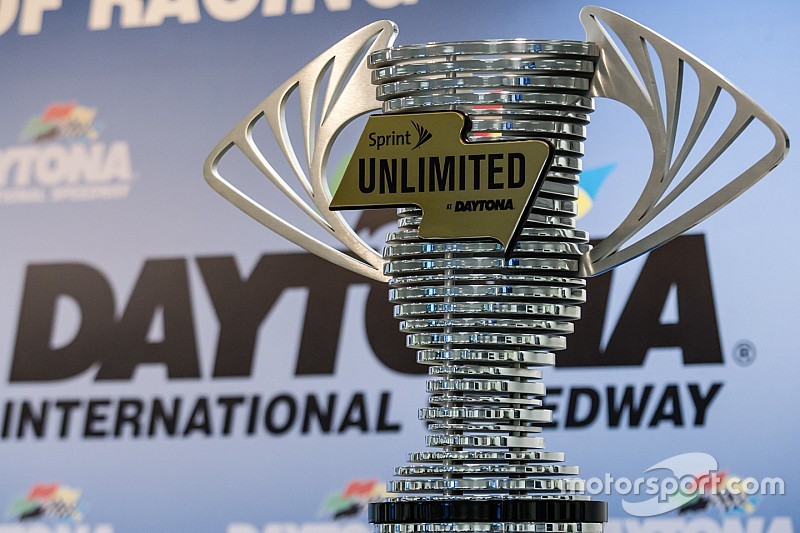 NASCAR has unveiled the 25 drivers eligible to compete in the Feb. 13 Sprint Unlimited, the unofficial kickoff to the 2016 season at Daytona International Speedway.

Any remaining open positions are filled based on 2015 driver points.

“We’re ready to go,” said NASCAR Executive Vice President and Chief Racing Development Officer Steve O’Donnell. “The anticipation for this season, this event and this venue is unprecedented. We are excited how the new stadium will provide a state-of-the-art showcase for the brightest stars of the NASCAR Sprint Cup Series.”

The event marks the first NASCAR race following the completion of “Daytona Rising,” the $400 million frontstretch redevelopment project of the speedway.

The format of the race will remain much as last season. There will be two segments with a competition caution separating the segments at Lap 25. Once again, fans will be paired with each crew chief for a random drawing to determine starting position and pit road positions. The drawing will take place Feb. 12 at the Sprint FanZone.

If one of the eligible drivers elects not to enter the race, the open position will be filled based on 2015 driver points. The next five possible entrants are: Casey Mears, Ricky Stenhouse Jr., Sam Hornish Jr., David Ragan and Trevor Bayne.

Richard Petty Motorsports to bring back the No. 44

Out with the old, in with the new