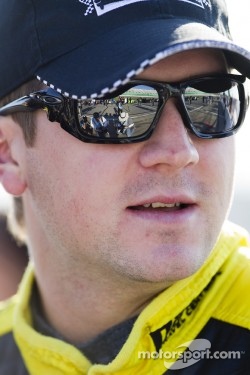 Avondale, Arizona (November 13, 2011) - A hard fought 10th place finish in the Valley of the Sun vaulted driver Michael Annett two positions in the 2011 Nationwide Series championship point standings. The 25-year-old was 10th in points heading into the weekend's Wypall 200 at Phoenix International Raceway, but left the one-mile desert oval two spots ahead in eighth. Annett's top-10 finish places him six points ahead of ninth place Brian Scott and seven points ahead of his teammate Steve Wallace who sits in 10th.

"We really didn't start off with a top-10 car, but we stayed out of trouble and did our best with what we had. We were really free for three-quarters of the race and then in the last 50 laps we got the car happy enough to where we could actually drive it hard," said Annett, "We were smart. We knew the car we had and we knew we couldn't run up through the field. We let them make their mistakes and we were ready to jump on it towards the end. We did that and came out of Phoenix with a top-10. So we're happy with that."

Annett was the third highest finishing Toyota driver in Saturday's 200 lap event. He earned his seventh top-10 finish of the 2011 season and Rusty Wallace Racing's 13th top-10 finish so far this season.

"We definitely needed this top-10 for our No. 62 Pilot Flying J/Oakley team. Although we didn't have the best car on the race track, we came out with a strong finish and that boosted us two spots in both the driver and owner points races. We'll carry on the momentum from this turnaround finish to the last race of the season at Homestead and look for another solid run to close out 2011," said Annett.