While Fox Sports still has the NASCAR All-Star-Race to broadcast later this month, for all practical purposes, it’s now NBC Sports’ turn to air the 2020 NASCAR season – one that has been unlike any other. 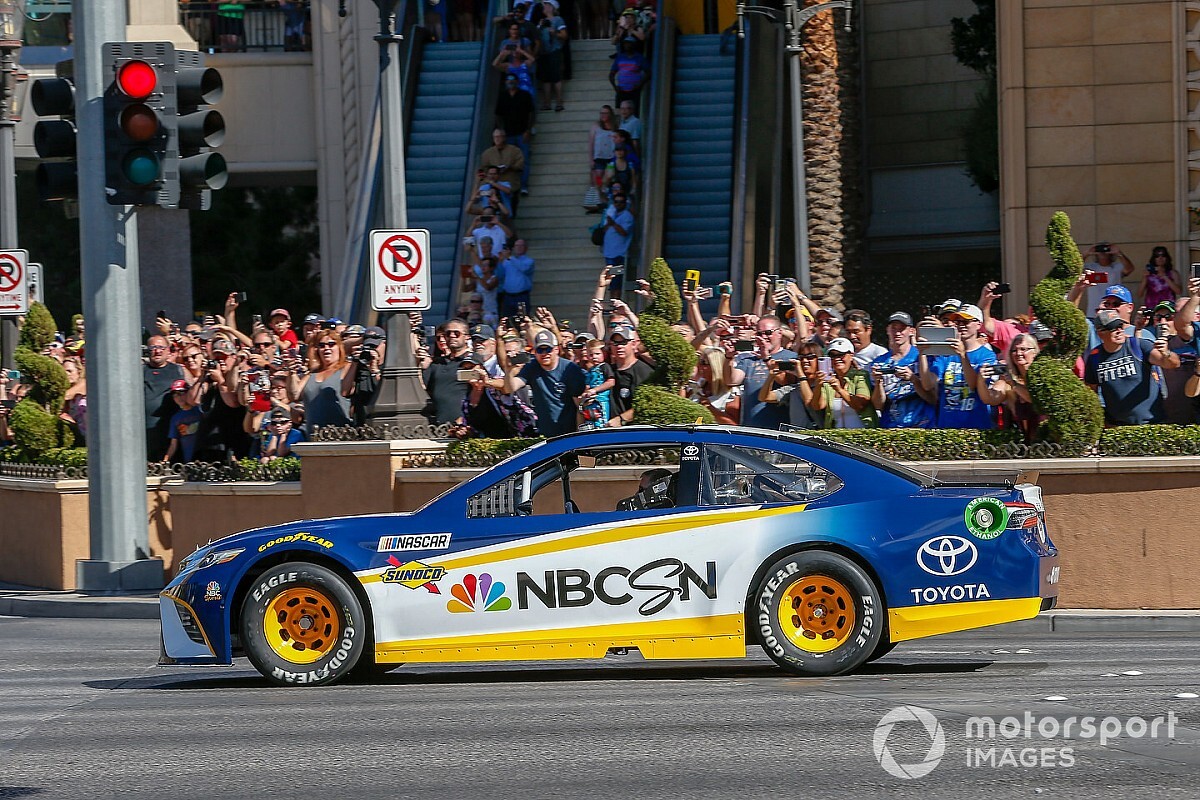 To add to that, NBC will kick off its NASCAR coverage this weekend with the first combination IndyCar Series/NASCAR race weekend at Indianapolis Motor Speedway.

While IndyCar has occasionally shared a weekend at a track with a lower tier NASCAR series such as Trucks or ARCA, it has never run the same venue the same weekend with NASCAR’s Cup Series.

This weekend will feature IndyCar and NASCAR Xfinity Series races Saturday on the IMS road course while the Cup series will compete Sunday at the traditional oval course.

Bringing IndyCar and NASCAR together

The combo weekend was devised more so out of necessity than anything else with the COVID-19 pandemic, but participants and TV executives have said it may well turn into something more common, especially when fans are allowed to attend.

“We are so excited to get back to the race track and get going again. But it’s a really unique weekend,” said NBC Sports executive producer Sam Flood. “Beyond just the IndyCar-NASCAR smashup at the Brickyard, we look at this as a really cool special new way to produce races.

“It’s this unique time because of social distancing and all the rules and regulations, to be able to produce these two races in the same venue and the same time frame essentially, we’ve gone to this new model, and we’re excited about it.”

Flood sees a big opportunity to engage “crossover” fans in motorsports this weekend.

“We think it’s a really important crossover to have people watch racing, and we think the ability to grow all of motorsports happens to get people to sample different series, and you shouldn’t just be a NASCAR fan, you should be a racing fan,” he said.

“That’s what we want to accomplish is getting more people to sample, and this dialogue has been going on for a few years now. We held a motorsports forum here at NBC and all the forms of racing that we have from the motorcycles to the cars, how we were going to get these groups to work together, and I think this is a great celebration of motorsports.

“And it happens with Roger Penske, at the track that he now owns, as the perfect launch point for it.”

“Those opportunities and conversations about what might happen in the future still continue today, and we’ll hear about that with Kyle Busch and Jimmie Johnson, who’s going to be testing an IndyCar (on July 8 with Chip Ganassi Racing), and I think that this opportunity to have the two series share the same venue can really ignite and be a catalyst to seeing the drivers cross discipline.”

Kevin Harvick, a two-time winner of the Brickyard 400, said the combo weekend was “a huge step for racing.”

“We all want to see racing be successful and I think this is definitely a great step for both series to be in the same venue and bring our fans together and show both sides that it is not about picking sides,” he said.

“It is about watching a great show and being a part of a great event.”