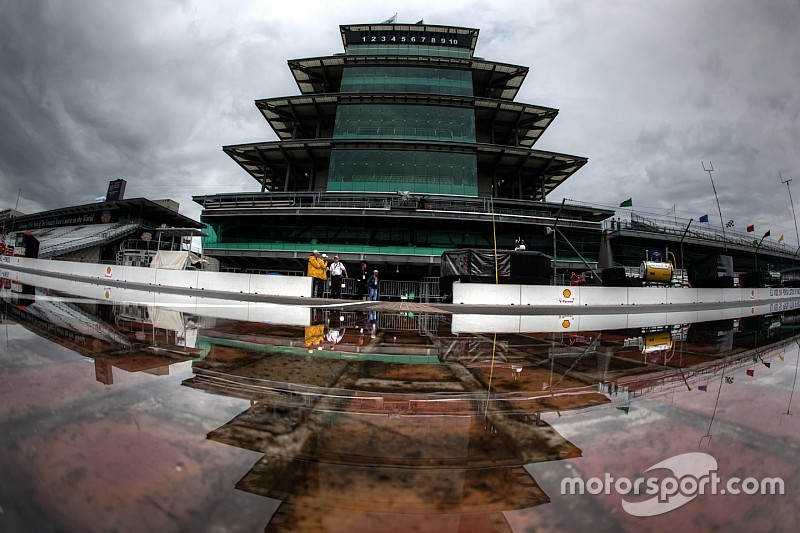 Inclement weather has put Kyle Busch in position for a third Brickyard 400 win in the past four years.

Persistent rain on Saturday forced the cancellation of qualifying for Sunday’s Monster Energy NASCAR Cup Series race at Indianapolis Motor Speedway, locking Busch into the top starting position for the race for the third consecutive season.

Additionally, the Xfinity Series race has been rescheduled to 10 a.m. ET Monday and the start of the Brickyard 400 on Sunday has been moved up to 1 p.m. ET.

Busch was awarded the pole when the lineup was set by the rulebook, which is primarily based on owner points. Busch won the pole for the race the past two seasons through traditional qualifying.

With victories in 2015 and 2016, Busch is only the second driver to win back-to-back Brickyard 400s (Jimmie Johnson is the other). If he were add a third win in the Brickyard on Sunday, he’d become just one of three drivers with three or more wins in the race (Jeff Gordon and Johnson are the others).

“It certainly was special winning both of the Brickyard races,” Busch said. “I think that, for myself and the No. 18 team, winning there (at IMS) two years in a row was thrilling.

“It was really special as a whole team, and they treat it very special there, as well, with the whole ceremony post-race and everything that goes on there with taking the ride around the track and the owner being with you. J.D. (Gibbs) was there a few years ago. That was pretty cool.

“It is a big deal. I feel like it is for us. For our team, we circle it on the calendar every year – that’s one we want to win.”

Sunday’s Brickyard 400 is also the last chance for a driver not already qualified for the playoffs to win their way in with a victory.

Take a virtual lap around Indianapolis Motor Speedway with the No. 9 NAPA Chevrolet driven by Chase Elliott courtesy of NASCAR Heat 3. The game is available now and you can order it today:

Matt DiBenedetto to leave GoFas Racing after the 2018 season