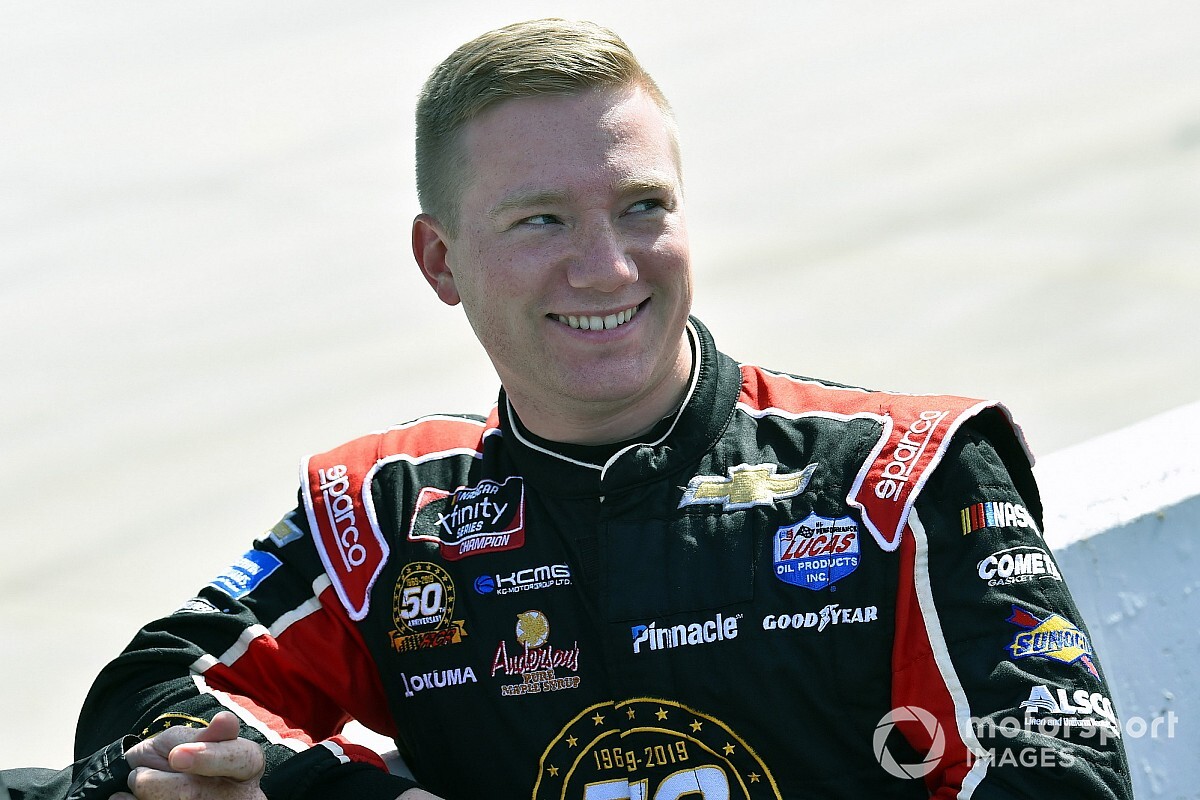 Tyler Reddick ran a near-perfect race Sunday at Homestead-Miami Speedway, but did make one mistake on the final lap of the race.

Reddick, 24, is the leading rookie in the 2020 ROTY standings. He was promoted to the Cup Series by Richard Childress Racing after back-to-back Xfinity Series titles in 2018 and 2019.

Sunday in Miami, he enjoyed his best showing yet with a fourth-place finish at Homestead. Reddick was up front for the majority of the race, despite starting 24th. He quickly marched forward, placing third in Stage 1 and second in Stage 2. He also led his first laps at the Cup level.

“I’m really proud of my Chevy Cares Chevrolet team and the effort we showed today,” Reddick said post-race. “We had really good speed today and were able to run up front pretty much all night long.”

However, it was almost all for naught. While taking the white flag of the 267-lap race, Reddick mistakenly believed the race to be over. He slowed, dropping from the rear-bumper of third-place Ryan Blaney.

"Keep going," his crew chief Randall Burnett shouted as the No. 8 machine slowed into Turn 1. Reddick didn't appear to get the message. Burnett came over the radio once more, shouting, "Go! It's the last lap dog." Spotter Derek Kneeland did the same, urging their driver to push on.

The mistake is not an unprecedented one. Mark Martin infamously pulled down pit road while leading the 1994 Goody's 250 at Bristol Motor Speedway with one lap to go, thinking the race was over. It cost him the win.

Thankfully for Reddick, his blunder didn't cost him anything as fifth-place Aric Almirola was far enough back. The result was his first top-five in 14 NCS start and a best among the 2020 ROTY class.

Hamlin: Lapped Logano “very generous to me” but not Elliott

The NASCAR All-Star Race is moving to Bristol for 2020