As part of its continued development as a team in the Monster Energy NASCAR Cup Series, StarCom Racing has purchased a charter and signed a driver for the 2019 season.

StarCom announced Monday it had purchased a charter from Richard Childress Racing for its No. 00 Chevrolet team, which will guarantee the team a spot in the field in all 36 races.

The organization, formed in September 2017 by a number of partners including a group from its parent company StarCom Fiber, had leased a charter from RCR from its former No. 27 team during the 2018 season. Teams can lease their charters once during a five-year period.

In addition, StarCom announced it has signed Landon Cassill to run fulltime for the organization next season. Cassill, 29, made 29 starts for the team in 2018, with a season’s best finish of 18th in the fall race at Las Vegas.

“We are coming off a successful first year for our new owners and team,” team manager and former driver Derrike Cope said in a statement. “We certainly endured a great deal of adversity as a start-from-scratch Cup team, learning along the way with positive results for the most part.

“With a continued commitment from our owners, Mike and Matt Kohler and Bill Woehlemann, we are looking forward to the prospects of being a better race team in 2019. We are extremely proud and pleased to have acquired the charter from RCR.

“We are excited to have contracted Landon Cassill for this coming year as I have enjoyed working with him in 2018 and what his experience brings to the race team. We are working hard now preparing for Daytona and cannot wait for the season to start.”

StarCom has also moved into a new 20,000 square-foot facility in Salisbury, N.C., and upgraded its engine program with ECR Engines.

“We put in a lot of work at the end of 2018 to make improvements for this coming year, and I think that work will pay off across the board,” Cassill said.

“The team is making big investments in cars and engines to step up our program, and it only motivates me to bring 110-percent as a driver.” 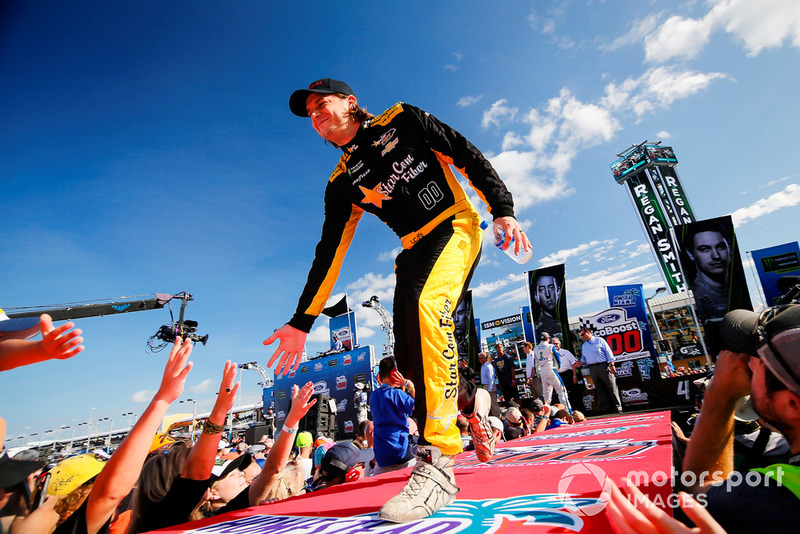