Who might NASCAR turn to for its next leader? 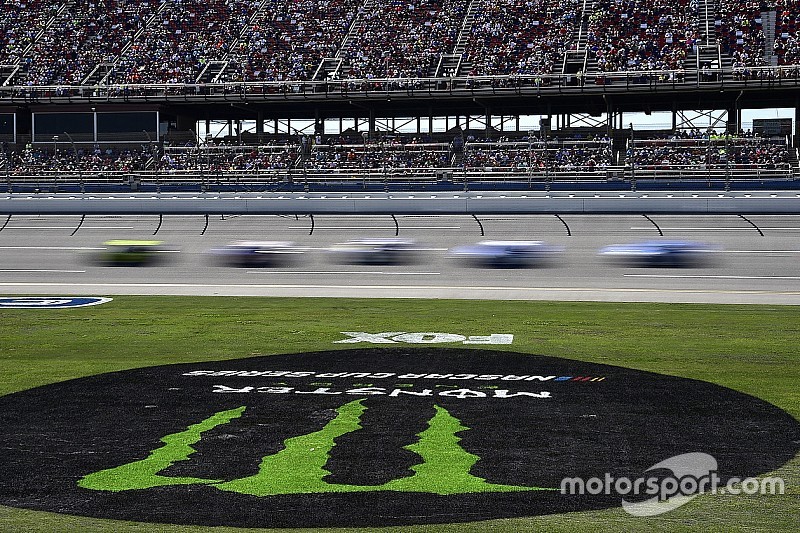 NASCAR is a family-owned, private company and generally has kept its power in the hands of those closest to the France family. Brian France could clearly still return as CEO at some point – let’s face it, people have done far worse than get arrested for DUI and still kept their jobs – and it’s an ongoing case.

But let’s assume he does not return to the top executive position at NASCAR. Who is likely to get that role on a permanent basis?

Looking ahead, there are basically two directions this choice can go – a candidate from “within” the sport or an outsider brought in specifically because of this situation.

Jim Utter: First, let me be clear about who the new CEO of NASCAR won’t be – it’s not going to be Dale Earnhardt Jr., or Carl Edwards or Jeff Gordon or some other sentimental fan favorite. To be honest, I’m not sure any of them would want the headaches that come with the job.

And there is every indication that neither interim CEO Jim France nor NASCAR vice-chair and International Speedway Corp. CEO Lesa France Kennedy appear to be interested in the job full-time.

Even so, I believe NASCAR is far more likely to stay close to the vest, and if it does, there are some very capable candidates. 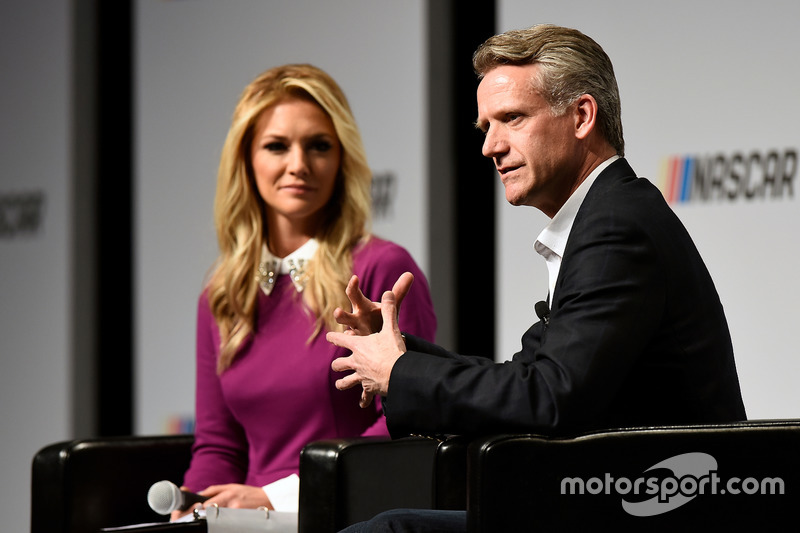 Steve Phelps is probably closer to the business management operations of NASCAR than anyone outside of the France family. Phelps, NASCAR’s chief operating officer, is currently involved in trying to change NASCAR’s business model by redeveloping the way sponsorship funds the sport. Let’s face it, the most important and immediate objective for NASCAR is to keep it a revenue-producing entity that can remain viable into the future.

When it comes to the competition side of NASCAR, no one is more familiar with the work that goes into the on-track product than executive vice president and chief racing development officer, Steve O’Donnell.

O’Donnell is probably the most engaging member of NASCAR’s leadership team, both in person and on social media platforms.

Another possible choice is current NASCAR President Brent Dewar, who has an extensive resume in the automobile industry and racing and helped navigate NASCAR’s move to the charter system in its Cup series.

Former NASCAR President Mike Helton, now a NASCAR vice chairman, has taken a less visible role in recent years, but with his extensive history with former NASCAR leader Bill France Jr., Helton could be the perfect bridge between NASCAR’s past and its charge into the future. Speaking of which... 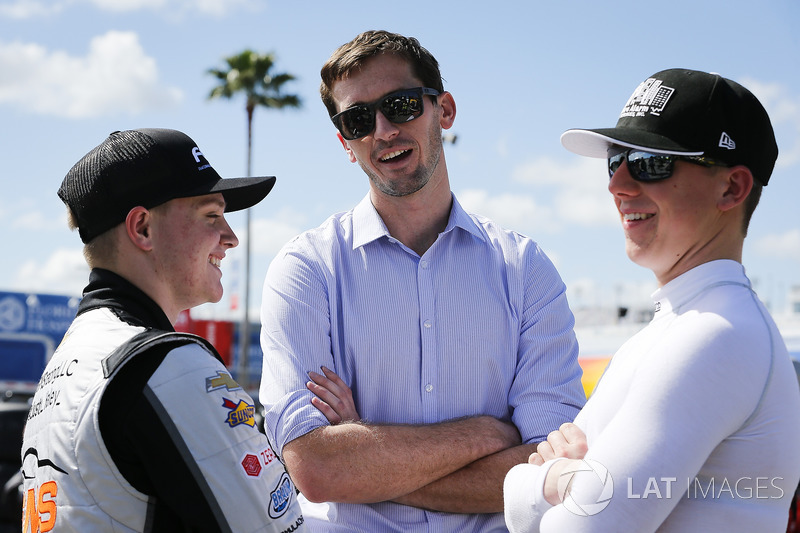 Lesa Kennedy’s son, Ben Kennedy, is just 26 years old and currently the manager of the Camping World Truck Series. It may sound silly to think Ben could be ready to tackle the reigns of NASCAR itself, but with a seasoned lieutenant at his side, why not?

There’s virtually no one within the sport that doesn’t believe Ben was destined to lead the sport at some point.

On the outside looking in

Charles Bradley: While I totally agree with Jim’s take on the potential internal promotions at NASCAR, I wonder if they’d consider taking a wider view – given the wealth of talent across corporate America. Plenty have worked in motorsports – and some at NASCAR – previously.

Take Brett Yormark, for example. The CEO of Brooklyn Sports Entertainment, he oversees a whole portfolio of sports business – including the Brooklyn Nets NBA team and its Barclays Center stadium. He’s been credited with transforming its merchandise operations – and truly connecting the team within its community. And getting Jay-Z to reveal the team’s new look in 2012 showed his smarts.

What makes Yormark my strongest candidate is his six-year period with NASCAR during its mid-naughties heyday, part of the team that attracted the huge Nextel sponsorship deal in 2004. And he’s certainly learned a ton since then…

Another hugely credible former NASCAR employee is George Pyne, who was Chief Operating Officer when it signed one of the biggest TV contracts in American sports history, and helped build its huge licensing business. He moved on to IMG in 2006, again through another very highly successful period, before creating his own Bruin Sports Capital company. That would probably rule him out if there was any shorter-term requirement. 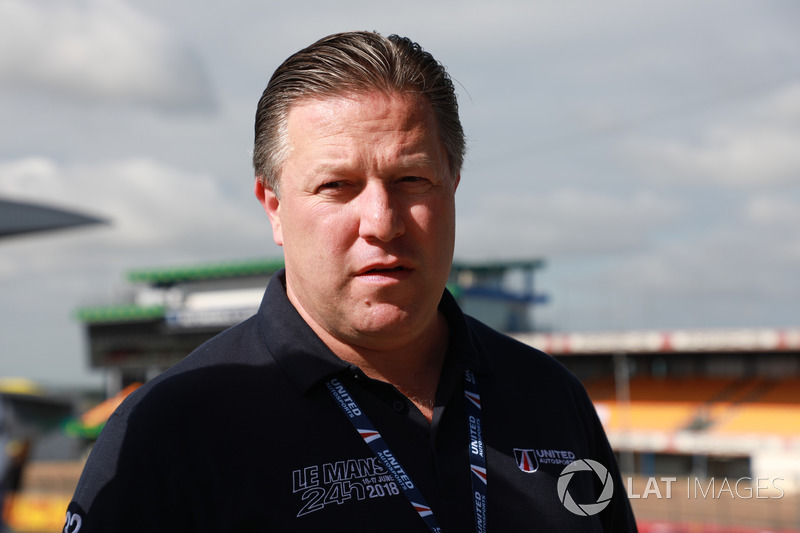 Any motorsports-related CEO role would have current McLaren chief Zak Brown linked to it. Given his background as the founder of Just Marketing International, and his development through CSM Sport & Entertainment, his global motorsports marketing savvy is second to none.

He became McLaren CEO at one of the most turbulent times in the Formula 1 team’s history, and is currently restructuring the McLaren Group.

Another interesting candidate would be Tom Garfinkel – currently CEO of the Miami Dolphins NFL team and its Hard Rock stadium. His motorsport pedigree is with Chip Ganassi Racing, where he spent five years as executive vice president, and was previously with Texaco. He is also understood be involved in the on-going Miami Grand Prix negotiations with Formula 1.

Last, but by no means least, former Lowe’s president, chairman and CEO Robert Niblock is a leftfield contender. Although retired from the home improvement and hardware business, he’s only 55 years old. Niblock supported Jimmie Johnson throughout his glittering career, and certainly knows a thing or two about NASCAR’s marketing potential. 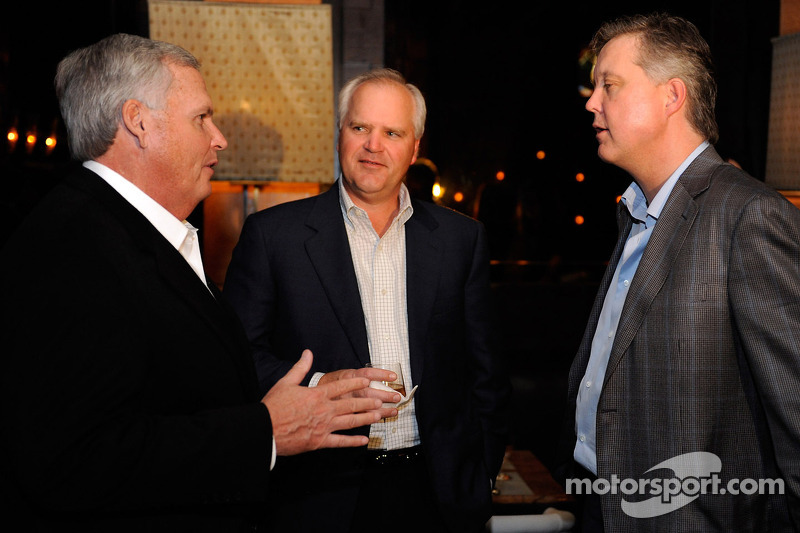