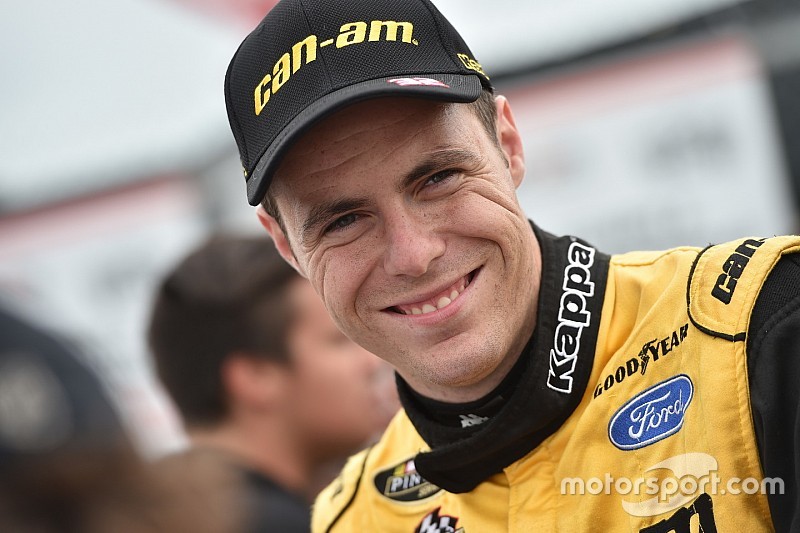 Alex Labbé, a regular competitor in the NASCAR Pinty’s series in Canada, made his debit in the Xfinity series late last year, driving the No. 90 car of fellow countryman Mario Gosselin on Phoenix International Raceway’s one-mile oval. Labbé qualified 33rd and finished 23rd.

For this Saturday’s 200-lap race in Texas, Labbé will be behind the wheel of the No. 90 Can-Am/Kappa/Cyclops Gear Chevrolet entered by King Autosport.

By completing the entire race last year at Phoenix, Labbé has been approved by NASCAR to run any mile and a half track. This time, the Quebecker will be competing on a one-and-a-half, heavily banked and repaved oval.

“I am thrilled to be back in the car I have always been fully committed to racing career but this time there is something much more important to play for,” said Labbé. “I took a step ahead and began to study motorsport performance at UNOH since my last race in November. I have also learned a lot while helping the No. 90 team at Daytona last February.

“I feel comfortable getting back in the car with Mario [Gosselin] around. I can’t thank people enough because without him or my sponsors Can-Am, Kappa and Cyclops Gear I wouldn’t be here competing against the ones I look up to. We have put up a great team and I will do my best to grab a solid top-25 finish for everyone that is supporting me,” Labbé added.

In addition to making selected start in the Xfinity series this season, Labbé will be returning full-time to the NASCAR Pinty’s Series, in quest of his first career series’ championship.