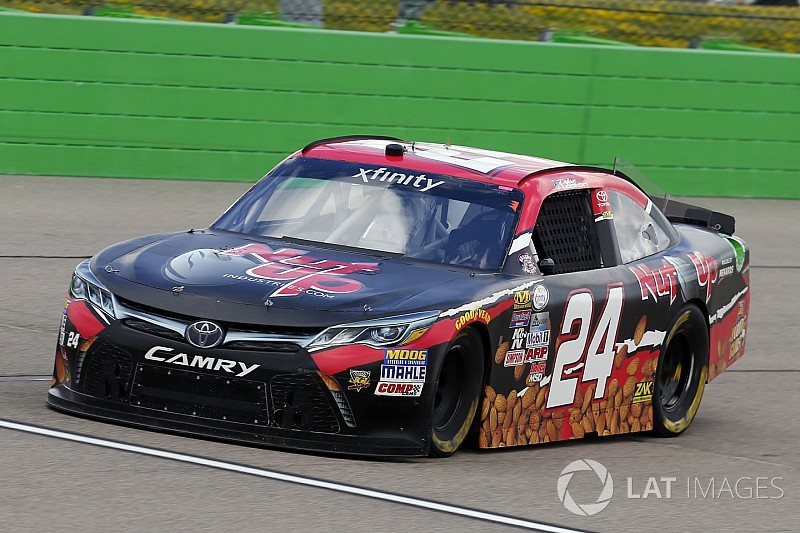 Dylan Lupton has expanded his schedule this season in the NASCAR Xfinity Series with JGL Racing and its “Young Guns” program.

Lupton, a former NASCAR Next member, already has two top-15 finishes in his first five starts with JGL this season and he will now add at least five more races to his schedule in addition to the already-scheduled races at Watkins Glen, N.Y., the Mid-Ohio Sports Car Course and Road America.

“I’m so grateful to Nut Up and JGL Racing for the opportunity to add more races for me this season,” said Lupton, whose career-best Xfinity finish is ninth at Mid-Ohio in 2015. “This partnership has been a blast. We’ve had a lot of fun with fans at the track as well some good results.”

JGL owner James Whitener says Lupton has been a good addition to their organization.

“Dylan continues to improve the more he works with the team and our results will only continue to improve the more races we do together,” he said. “It has been fun to work with Nut Up and see how they have become engaged in the sport. We look forward to some great success for all of us."

JGL’s “Young Guns” program was designed by Whitener with the intent to showcase a group of rising stars in the NASCAR ranks, offering marketing opportunities for both corporations and drivers.