The British Motorsports Marshals Club has paid tribute to the "outstanding professionalism" of all the marshals who continued to assist at events last weekend after the fatal Brands Hatch crash.

Marshal Rob Foote was killed following an incident in the Pre-93 and Pre-03 Touring Car race at a British Automobile Racing Club event on Saturday.

Simon Beament's Ford Escort made contact with another car along the Brabham Straight, which sent his car veering to the left and it hit the barriers on the outside of the circuit.

The car was then launched into a series of violent rolls along the barriers before colliding with a marshal post. Red flags were brought out instantly and the race was halted.

Foote, a 67-year-old former mayor of Epsom, died as a result of the crash, while Beament and another marshal were taken to hospital with broken bones.

In a statement, the BMMC said: "Robert was a regular at Brands Hatch, Gurston Down and Goodwood and was also a scrutineer - he will be missed by all.

"We send our sincerest condolences to his family, friends and colleagues. We also offer our thanks to all marshals, medical personnel and officials who were involved in the incident on Saturday.

"To all marshals who attended Brands Hatch over the weekend in particular and all other events around the country we thank you for your outstanding professionalism in extremely difficult circumstances.

"It was humbling to see the outpouring of positive support from across the motorsport community in response to the incident - irrespective of motorsport discipline and club - we are all marshals.

"The minute’s silence was impeccably observed at many events on Sunday morning and many racers sported an orange heart on their vehicles in support.

"Thankfully these events are rare but still shocking and devastating.

"Our orange family are devastated by the loss of one of our own this weekend - our hearts will need time to heal, our bonds will be stronger and we will pull together to support each other and continue our passion for motorsport." 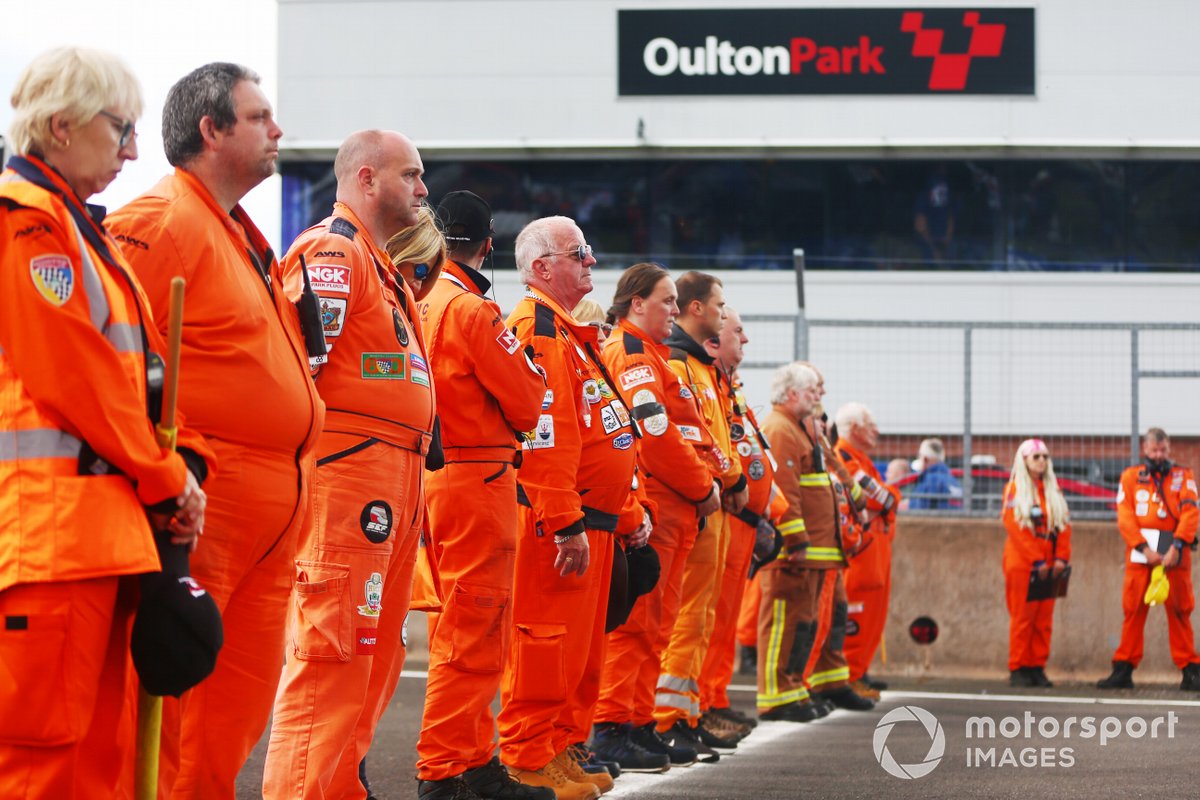 BARC chief executive Ben Taylor paid tribute to those involved in dealing with the aftermath of the incident: "I’m really grateful for everyone who dealt with the situation in really difficult circumstances – the weather was atrocious – they’re all amazing.

"Our concern is now for them to make sure they get the support they need and I would encourage people to reach out."

Taylor said it was a “really difficult call” over whether to continue with the meeting on Sunday and “we thought long and hard about it”.

In the end, racing did resume but no marshals were stationed at post two during the day.

“The response from everybody, not just at Brands Hatch, but you could see from other events and internationally that they felt he [Foote] would’ve wanted it to carry on, and that, in his honour, it should carry on,” Taylor added. “It was very emotional at Brands Hatch for everyone involved.”

Jason West, winner of the Classic Thunder race on Sunday, said: “I have to say a big thanks to everyone who put an orange suit on and allowed us to go racing today. It could not have been easy after yesterday.”

Veteran racer Rod Birley, who lives locally to Brands, added: “I know a lot of the marshals and I had to race for them today. Our hearts are with them all here today.”

A full investigation into the crash is now under way.