Following the recent positive track debut of the Wolf GB08S, the range of cars offered by Wolf Racing Cars is about to be enlarged.

The new WOLF GB08MJ will make its debut in class P1 at the round of Laguna Seca (USA) of the SCCA championship scheduled for the end of March. This sport prototype car will be the first of three models that Wolf Racing Cars will produce in the coming months, following a working plan that will also deliver a LMP2 and a LMP3 challenger. 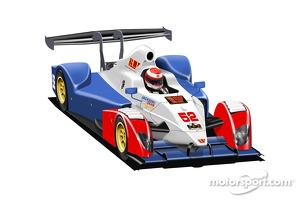 The Wolf GB08MJ has a weight of only 470kg which makes it an ultra-light car that will be manufactured in four different versions destined to different markets with engines having capacities 1.000cc (200hp), 1.600cc (280hp), 1.100cc overcharged worth 390hp and a V8 version with 500hp.

Giovanni Bellarosa (Wolf Racing Cars, General Manager): "We are very happy on introducing this new car that originated from our passion and from that of our American partner Miles Jackson. Our technicians did an excellent design work in a very short time: only four months have passed since the initial sketches in September and we will have the first assembled chassis in these days. We count on delivering the first three models to USA by the end of February. Despite this very short time-frame, our know-how allowed us to produce a very refined aerodynamics which is one of the strengths of the car. The chassis of the Wolf GB08MJ will be homologated according to the F1 2013 specifications and we count on making it the benchmark in the main Hill Climb championships."