It marks the first time that the team's second car has been permanently assigned to anybody other than a member of the Red Bull Junior Team since the seat's creation in 2017.

After making his Super Formula debut in the final race of 2020 as a substitute for an unwell Tadasuke Makino at Nakajima Racing, Otsu admitted he thought he had no chance of a full-time call-up before being told in the middle of January that the drive was his.

"I wasn't sure if the #15 car would run at all this year, so I had given up," Otsu told the official Super Formula website. "But Team Goh, Red Bull, Honda and Mugen decided to give me their backing and chose me.

"I wasn't expecting that, so I was really surprised and happy when I heard about it. But I also felt a lot of pressure of representing the Red Bull colours."

However, Otsu says the atmosphere within the Mugen garage so far has been positive following his first test with the team earlier this month at Suzuka, where he set the second-fastest time behind Ryo Hirakawa.

"The team itself doesn't put too much pressure on me to be quick," he said. "Instead they encourage me to gradually get used to it and build up the rhythm so I can show my performance.

"There are a lot of young people within the team and morale is high, they are working hard to help me go faster, so it has been easy so far.

"With the car I'm not there yet, and there are still a lot of areas where I can't attack. I'm trying to compensate for that a bit by adjusting the car and I'm adjusting my driving.

"I'm also sharing information with Nojiri-san, so using his experience we can work out what works and what doesn't. We work well as a two-car team."

At 26, Otsu is by some distance the oldest rookie in the 2021 field, five years the senior of Toyota proteges Ritomo Miyata and Sena Sakaguchi.

This is partly because he got started in car racing relatively late, graduating from the Suzuka Racing School in 2013 at the age of 19, while he also fell off the single-seater ladder when he lost his All-Japan Formula 3 drive in 2018 before being handed a second chance in 2019 as a last-minute replacement for Enaam Ahmed at ThreeBond.

That season led to a test chance in the Suzuka rookie test at the end of the year with Nakajima Racing, but he was beaten to the vacancy at the team by fellow Honda youngster Toshiki Oyu.

He focussed entirely on SUPER GT last year after being promoted to the GT500 ranks with Nakajima, sharing the team's Dunlop-shod Honda with Takuya Izawa - who will act as Otsu's advisor in Super Formula this year.

"I didn't race for about three years when I was in high school," said Otsu. "I'll turn 27 this year, so I'm a bit behind the others. I haven't always been on the path to the elite; I've had to take some detours, so I'm an 'old rookie'!

"But this year I've been given this opportunity and I am determined to beat the other rookies and young drivers. As I'm driving under the Red Bull banner, I have to show what I am capable of, and I want people to think, 'He may be a rookie, but he's fast' this year." 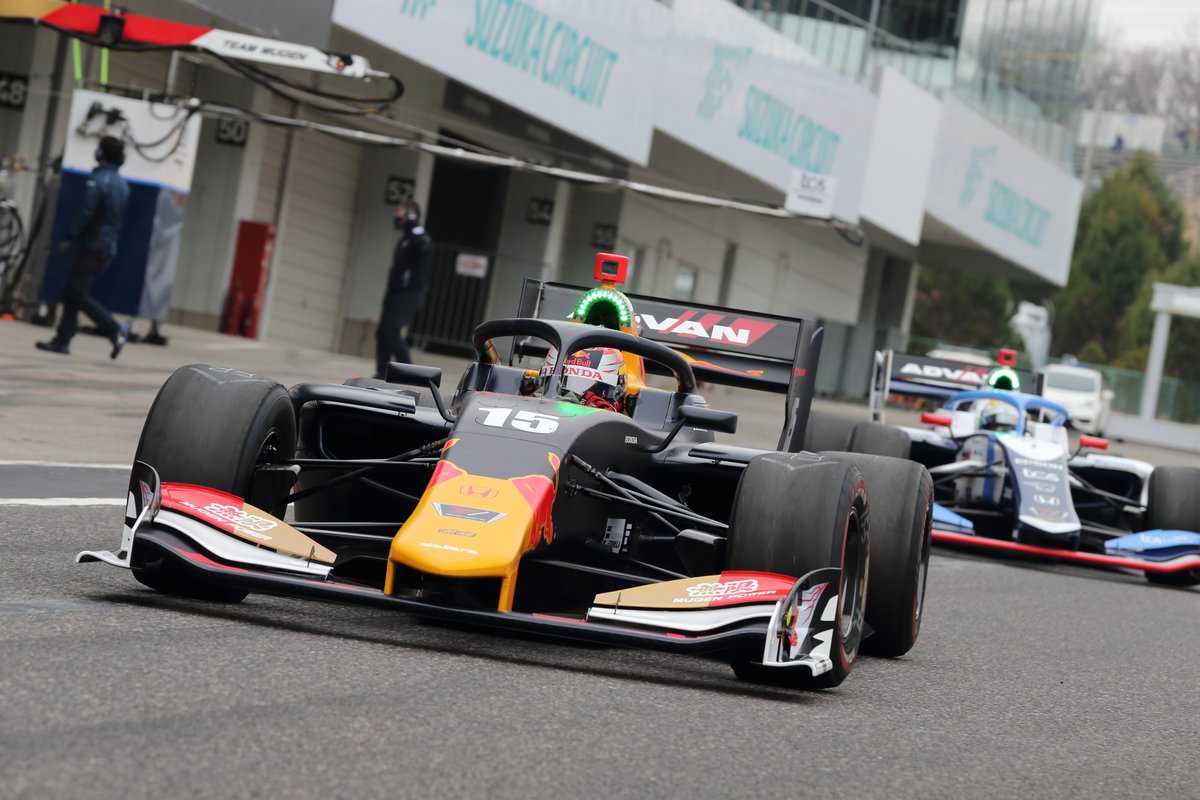 Opinion: Why Super Formula needs its own Super Licence