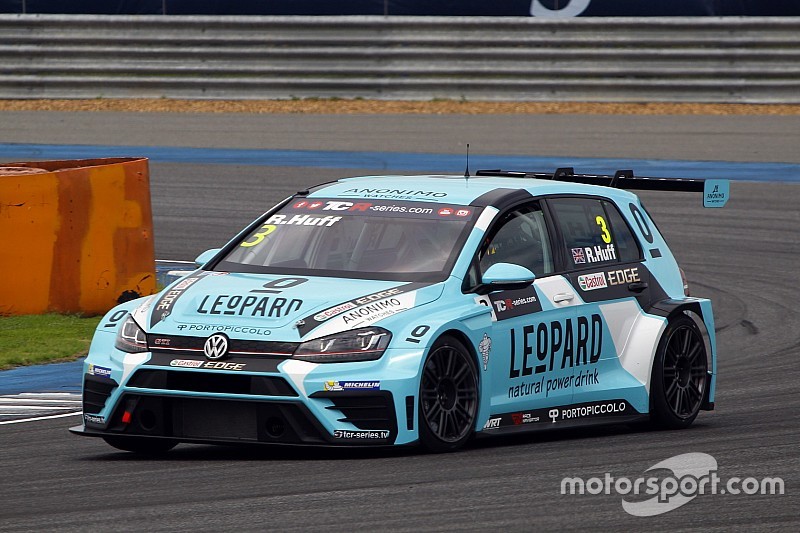 Jean-Karl Vernay reclaimed the leadership in the championship standings

On his last appearance in the TCR International Series during the current season, Rob Huff claimed his first pole position at the wheel of his Leopard Racing Volkswagen Golf GTI. His teammate Jean-Karl Vernay then provided the icing on the cake by qualifying second, locking out the front row of the grid of Race 1 for the team and Volkswagen. The four points awarded to the second-best qualifier also meant that Vernay reclaimed the leadership in the championship standings with a two-point margin ahead of Attila Tassi.

Pepe Oriola put in a great effort and managed to qualify third in his Lukoil Craft-Bamboo SEAT León.
In an unusual situation, the two fastest drivers in Qualifying will not be at the front of the grid. In fact, Alain Menu and Gabriele Tarquini set the fastest laps in Q1 at a pace that nobody was able to match, but they were not admitted to Q2 because their Hyundai i30 N cars have been accepted with a temporary homologation form, meaning that they are not eligible to score points. They will start both races from 13th and 14th and promise to fight for good results.

Among those who were disappointed by the Qualifying results were Stefano Comini and Mat’o Homola. The reigning champion couldn’t achieve any better than a 16th position that greatly jeopardized his hopes to win a third consecutive title. As for Homola, he couldn’t even try, as an engine failure sidelined him in both Practice 2 and Qualifying.

Frederic Vervisch qualified tenth and so won pole position on the reversed grid for Race 2 alongside Davit Kajaia.

The first race will start tomorrow at 14:30 local time.

Qualifying 1: Menu and Tarquini are fastest

The pairing of Hyundai i30 N cars of Menu and Tarquini set the fastest laps in the first part of the session, the only ones to go under the 1:33 mark. After posting a provisional fastest lap of 1:33.392, Menu improved to 1:32.811 that nobody was able to beat. Tarquini tried twice and was clocked at 1:32.984 and then 1:32.935 to settle for second position.

After struggling in Practice, Tassi was able to complete his last lap in 1:33.786 that placed him sixth overall, but fourth among those admitted to Q2.

Among those who failed to make the cut were Borković and Comini.

Leopard Racing’s Huff and Vernay had a thrilling fight to secure pole position. The Frenchman topped the timesheet with a provisional fastest lap of 1:33.341 but was pipped by his English teammate who improved to 1:33.173 under the chequered flag.

Quotes after the Qualifying Session

Rob Huff (pole position): "It's the first pole position of the year for the team and myself, so we are very pleased, of course, to take the front row with our two cars. It wouldn't be so if the Hyundai cars would have been allowed into Q2 and I congratulate them for the impressive show on their debut. The car worked perfectly throughout the sessions and on a track that is tremendously demanding and slippery. It's almost impossible to avoid any mistake. For tomorrow, we'll see what strategy we need to apply. Clearly the main objective is to have Jean-Karl and Leopard Racing Team WRT securing the title. For me, it is just a pity that this will be my last TCR event this year."

Jean-Karl Vernay: "The front row is a terrific result. I did a couple of very fast laps but eventually got beaten by Rob, which at least proved there are no team orders. I now have a 2-point advantage over Atila Tassi and we'll see what will happen tomorrow, but I stress: we are very competitive and I am very happy."

Pepe Oriola: "We struggled during all the sessions with the set-up, as the track is very slippery, and we made a lot of set-up changes which are starting to pay off. Tomorrow, I'll definitely go for a win as I have nothing to lose."

Alain Menu: "It's a shame we couldn't participate in Q2, but those are the rules, and it's great to be back racing at this level in touring cars. I am still learning the car, as I am a late addition to the project, and frankly, all the credit for the development and testing should be for Hyundai, the team and Gabriele, who have done a terrific job."

Craft-Bamboo Racing hoping for return to form in Zhejiang

Jean-Karl Vernay moves a few steps closer to the title