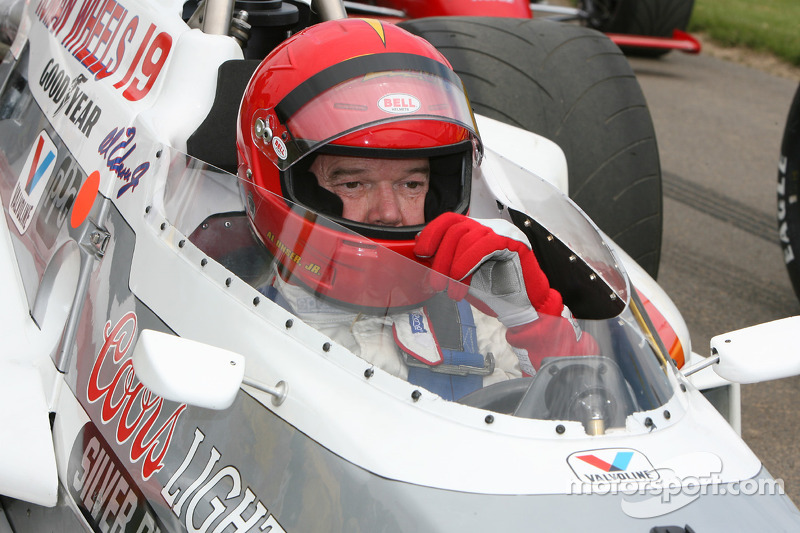 Qualifying and racing on the IMS road course and exhibition runs on the famed 2.5-mile oval will be virtually non-stop each day from 8:00 a.m. - 6:00 p.m. In addition, when not on the track, all cars will be on display in the IMS infield providing fans up close access to the racecars and their owners.

Twelve different race groups will compete ranging from early 1900s cars all the way up through to relatively modern prototype cars and everything in between. In addition, there will be three oval race groups that will focus on pre-war, roadsters and the wings and slicks era.

The Sportscar Vintage Racing Association (SVRA) will host this landmark three-day event featuring more than 700 racecars that will be the largest competitive motorsports event ever held in the United States. This event marks the first time that a vintage racing series has ever competed at the Indianapolis Motor Speedway.

In addition to competition on the road course, the IMS oval will host high-speed exhibition runs on Saturday, June 7 by a wide variety of cars including several of the crowd-favorite 1950's-vintage Indianapolis 500 roadsters. One of the featured events that day will take place when three-time Indianapolis 500 winner Bobby Unser leads the Brickyard Invitational high-speed oval experience, which is open to all cars entered in races for the weekend.

Serving as the grand marshal of the event will be 1963 Indianapolis 500 winner and racing icon Parnelli Jones, who will drive the pace car for the Charity Indy Legends Pro-Am race at 12:30 p.m. on Sunday, June 8 featuring drivers who competed in "The Greatest Spectacle in Racing." Jones's pace car will be the Mustang Boss 302 he drove years ago when competing on the Trans-Am racing circuit.

The Charity Indy Legends Pro-Am race will be held on the IMS 2.43-mile road course featuring Indianapolis 500 veterans paired with amateur drivers with each taking a 20-minute stint, with five minutes allotted for a driver change. The cars used in the Pro-Am race will be 1963 to 1972 vintage Chevrolet Corvettes, Camaros and Ford Mustangs.

The Pro-Am drivers will also participate in a Fan Walk through the starting grid prior to the opening ceremonies allowing fans to see the cars up close, take photos and chat with the drivers.

Cars entered in the Brickyard Vintage Racing Invitational will be eligible for awards honoring giants of the sport: mechanic and car builder A.J. Watson and three-time Formula One World Champion Sir Jack Brabham. Watson and Brabham both passed away last month.

Additional information on the Sportscar Vintage Racing Association, a complete schedule for the weekend and an entry list for the Brickyard Vintage Racing Invitational can be found on the SVRA website, http://www.svra.com.