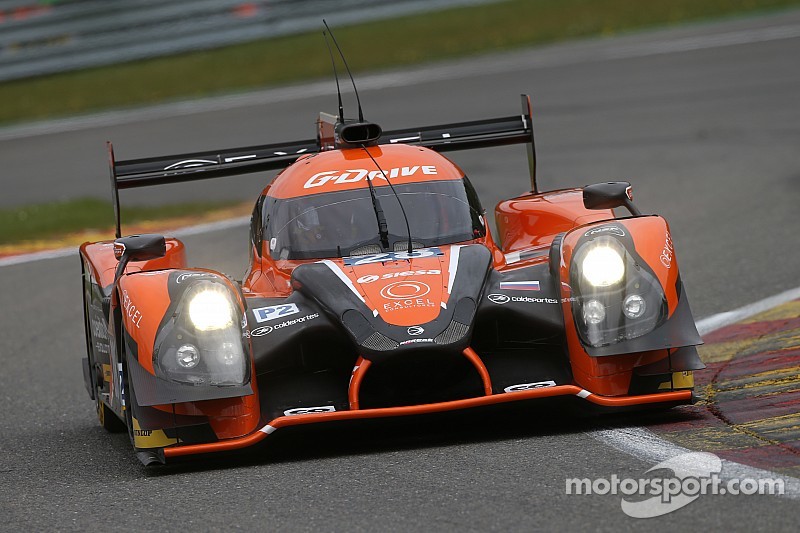 The Ligier JS P2s and the Morgan LM P2 EVO raced this weekend on both sides of the Atlantic.

This weekend Onroak Automotive was again racing on both sides of the Atlantic. Its Ligier JS P2s and a Morgan LM P2 EVO finished in the top 3 after hotly-contested races in the second round of the FIA World Endurance Championship in which the LM P2 field was particularly competitive, and took the fight to the quickest DPs in the fourth round of the Tudor United SportsCar Championship.

On the Spa-Francorchamps circuit in Belgium that hosted the second round of the WEC, no fewer than six cars out of the 10 LM P2s came from the workshops of the Le Mans-based constructor, one of which clinched pole and two others finished on the podium in LM P2!

The G-Drive Racing Ligier JS P2-Nissan-Dunlops confirmed that they are among the main 2015 title contenders. In no. 28 Yacaman-Derani- Gonzalez finished in second place, their second on the trot giving them the provisional lead in LM P2. The no. 26, driven by Rusinov-Canal-Bird, set the pole position, one more in the Ligier JS P2 career, but unfortunately they were hit by an engine problem after five hours and had to make do with 10th place in LM P2. However, the three points scored this week-endput them in second place in the overall classification in the category.

I’d like to thank each of the teams that have put their trust in us...

The Morgan LM P2 EVO-Sard entered by the Team Sard Morand was having its first outing in the FIA WEC, and it was on the pace straight away as proved by its top-3 finish. Benoît Morand’s Swiss outfit had to give the first round a miss and it has now laid down a marker as a serious victory contender. In addition, this third place confirms the potential of the Onroak Automotive chassis and the evolutions from which it benefitted during the winter.

The eyes of the spectators were also focused on the Tequila Patron Extreme Speed Motorsports Ligier JS P2-Honda-Dunlops, new arrivals in the FIA WEC field. The American team, which had taken delivery of their new cars at the beginning of the week and were having their first outing on the legendary Belgian circuit, had to cope with execrable weather, which hindered the team’s work during the three free practice sessions. However, the American squad managed to bring their two Ligier JS P2s home to the chequered flag in eighth and ninth places. The event gave them the opportunity to test in real race conditions in view of the next rendezvous, the Le Mans 24-Hours test day.

In the OAK Racing camp, the trio of gentlemen drivers Maris-Merlin-Nicolet again confirmed how well they have adapted to the Ligier JS P2. Although they hadn’t done much running in free practice on this particularly technical, demanding track in a top-class field, they drove their no. 35 Ligier JS P2-Nissan-Dunlop to seventh place after six hours racing and are lying sixth in the overall general classification in LM P2.

On the other side of the Atlantic in the fourth round of the Tudor USCC Michael Shank Racing again proved the competitiveness of the Ligier JS P2. The no. 60 Ligier JS P2 with a Honda engine and Continental tyres set the fastest times in all three free practice sessions and in the race itself.

The car started from the second row after John Pew clinched the fourth-quickest time and despite an off caused by another car, which damaged the steering column, Oss Negri and John Pew crossed the line in third place: the first top-3 finish for Michael Shank Racing rewarding the incredible work by the American team, which has always been very quick since the start of the season.

Jacques Nicolet, Onroak Automotive President: “We’re absolutely delighted to celebrate this weekend two top-3 finishes on both sides of the Atlantic in the FIA WEC and the Tudor USCC! It’s been a very hectic weekend, which confirms that the work carried out by the Onroak Automotive teams in the last few months has borne fruit. Five teams of four different nationalities entered six Ligier JS P2s and a Morgan LM P2 EVO and scored a pole position, a fastest lap and put three cars on two podiums in top-flight championships so the outcome is more than positive. I’d like to thank each of the teams that have put their trust in us for the work they’ve done and the results they share with us.”

Nakajima should not rush return - Davidson