The FIA World Endurance Championship's LMP1 privateers may have to be eventually pegged back if they continue to progress, Toyota has suggested.

A succession of performance breaks granted under LMP1's Equivalence of Technology rules, as well as natural development of cars that were largely new at the start of the 2018/19 superseason, has resulted in a narrowing gap between the dominant Toyota TS050 Hybrids and their non-hybrid rivals.

The quickest of the privateers, Rebellion Racing's #1 car, came close to splitting the Toyotas in qualifying for last November's Shanghai round, and the Japanese marque's winning margin in China was its smallest of the campaign, albeit influenced by two stoppages and multiple safety car periods.

Toyota technical director Pascal Vasselon said that since Fuji the EoT has been at a fair level and it is now down to the privateer teams to make use of the performance they have been given by the rules.

Vasselon told Motorsport.com: "What we have seen in the past races, it’s not only the effect of the advantages given [by the rules]. It’s the fact as well the [privateer] teams are competent and they are progressing.

"We are stabilised, and these teams are very new and they are progressing. More and more, they have a huge performance potential with their cars, and they are more and more achieving it.

"What is important to understand is that the EoT is not meant to give wins. You still have to deserve it, somehow. You need to get the pitstops right, the tyre choice right… you need to get everything right.

"The intention of the EoT is to give a performance potential, and then it’s up to the teams and drivers to use this potential.

"The EoT wants to give a similar performance potential, which since Fuji has been the case. And we expect in the coming races the privateers will keep progressing."

Asked whether therefore the privateers would need to be slowed under the EoT rules if they continued to catch up to Toyota, Vasselon replied: "At some point, it could be.

"It’s still inconsistent, sometimes it’s one car, sometimes it’s the other car, but more and more they will do the job. We are already in the working window where these cars can be a threat, for sure."

As part of the Fuji EoT, Toyota agreed to having its TS050 Hybrid slowed for the first time, which followed on from the abolition of its theoretical 0.25 percent laptime advantage after its crushing Le Mans 24 Hours win.

That concession does not extend to this year's edition of Le Mans, however. 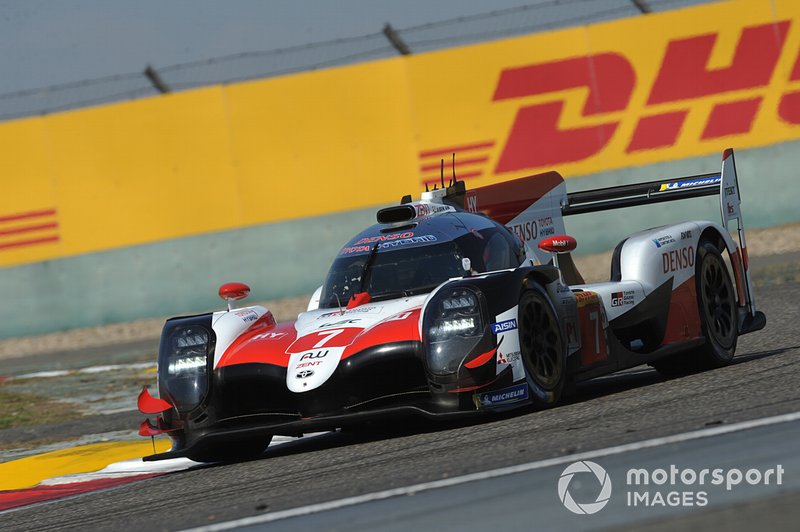