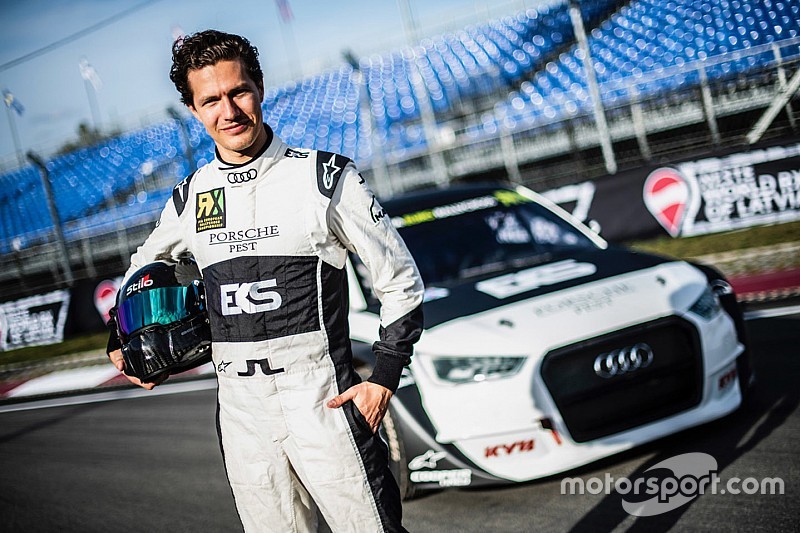 Ekstrom’s team announced in December that it will not continue in World RX in 2019 after Audi withdrew its support amid uncertainty over the series' impending electric switch.

However, the team has gone back on its decision and will instead continue racing in the championship for at least another season, running a 2018-specification Audi S1 for Szabo.

The squad will begin testing ahead of the Abu Dhabi season-opener imminently.

“I wanted to work together with Krisz this season because his results were quite promising last year and I predict a bright future for him,” said Ekstrom.

“The World RX field has changed for 2019 and I think Krisz has a big chance to be one of the best and win many races.

"This is why I suggested that he races in the World Championship instead of the European Championship.

"I will help him as the team leader, I still have vivid memories from last year and I believe it will be useful for the team.”

A two-time European Rallycross Super1600 title-winner with Volland Racing, Szabo graduated to Supercar last year with EKS for two rounds of the European series and finished second on his debut in France, driving a year-old S1.

“Since the beginning of my career, I have been dreaming about racing in the World Championship.” Szabo said.

“Mattias announced last year that he will stop racing in 2019, which means he has more time to focus on managing the team. Mattias and his team are giving me their full support.”

The 29-year old isn’t hiding his intentions ahead of his maiden World RX campaign.

“I want to win the championship,” he said. “I have one of the best teams and cars behind me. My ultimate goal is to win the World Championship and to finish in the top three in as many races as I can. This is a ’now or never’ opportunity.”

The deadline for permanent entries to World RX 2019 closed on Friday (March 1), with the full entry list expected to be published in the next week.