Peugeot to withdraw from World RX after 2018 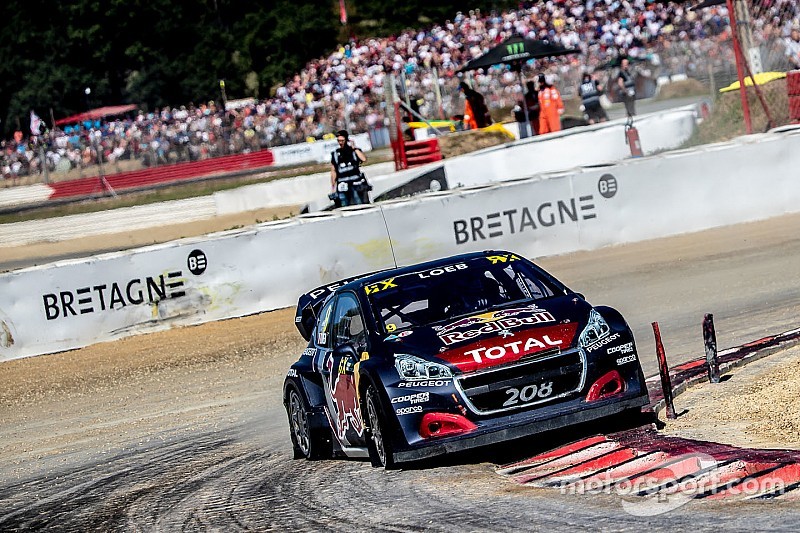 Peugeot will withdraw from the World Rallycross Championship after the final round of the 2018 season in South Africa next month.

The French marque announced its departure on Thursday morning, along with news about the development of a new range of electrified sports vehicles from 2020.

It cited that uncertainty surrounding the sport’s switch to electric cars, which was postponed from by a year to 2021, as the reason for leaving the sport it entered as a full works programme for the first time this season.

“Peugeot will concentrate its resources on developing these new [electric sports] vehicles and has therefore decided to withdraw from the WRX championship at the end of the 2018 season, whose evolution towards electrification is uncertain,” said Peugeot brand CEO Jean-Philippe Imparato in a tweet.

The news comes less than two months after Audi withdrew its support for Mattias Ekstrom’s EKS Audi Sport team in the series, instead deciding to focus on Formula E and DTM.

Along with Peugeot and Volkswagen, Audi was one of the brands expected to sign up for the ‘EWRX’ switch, before a 12-month delay was forced to give other manufacturers more time to sign up.

“My world had been turned upside down this morning,” said Peugeot driver Kevin Hansen on social media.

“It’s by far the toughest day of my life. Taken my dream, and smashed it to bits. Now it’s a big challenge to be on the grid 2019, but we are not giving up.”

Peugeot has held a presence in top-level rallycross since World RX’s inception in 2014.

After supporting 14-time European Rallycross Champion Kenneth Hansen’s Hansen Motorsport team for four years, the marque entered the series as a full factory effort for 2018 with a clear target to market its electric consumer cars from 2020 with a rallycross programme.

It introduced a new Peugeot 208 WRX Supercar, developed in-house, for the Swedish round in July, but is yet to win an event with the car.

Peugeot's withdrawal also casts a doubt on Sebastien Loeb's future in the series. The WRC legend joined World RX in 2016 and remains the the only driver other than champion Johan Kristoffersen to win a race this year.

Peugeot World RX exit not down to results, says CEO