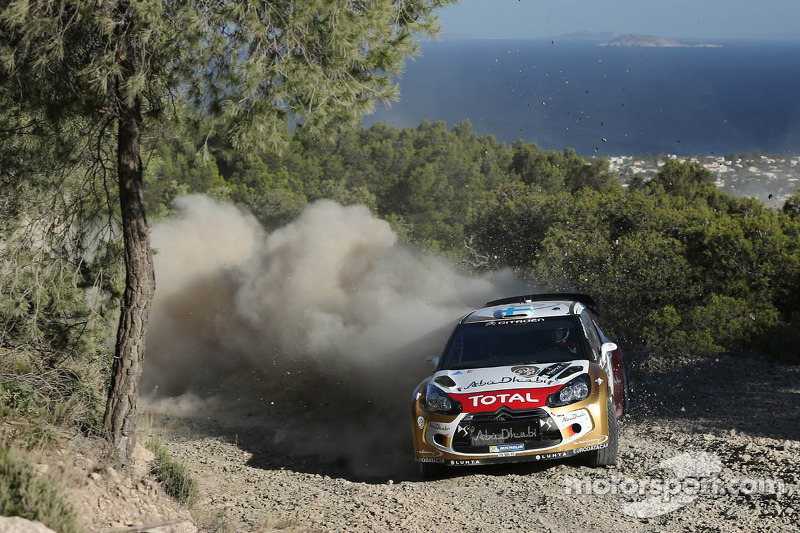 The Finns in their DS3 hold third place after the endurance test in Rally Sardegna on the island just off the coast of Italy. 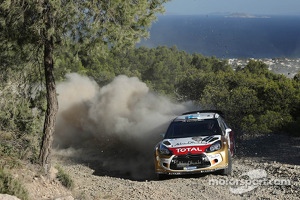 Summer solstice, the 21st June, is traditionally the longest day of the year. For the competitors in this year’s Rally Sardegna, this description was particularly apt, given that day one of the Italian round of the WRC almost seemed like it would never end. After leaving the port of Olbia at 6.30am, Khalid Al-Qassimi and Scott Martin didn’t drive into parc fermé until 11.15pm, long after the sun had set…

The day’s proceedings began in Monte Lerno with a 31km-long stage. On a fast surface, easy on the tyres, Mikko Hirvonen grabbed second in the overall standings. Although he wasn’t as comfortable on this first test, Dani Sordo bounced back on Castelsardo. The Spaniard moved up into fourth place.

At the end of SS3, the competitors stopped off briefly in Sassari for 15-minute service, during which the mechanics only had time to change the Michelin Latitude Cross tyres and repair bodywork components damaged by the branches and rocks. “Overall, it went well, although I had some difficulty looking after my tyres on the twisty stages,” analyzed Mikko. “I’m pushing hard to try and stay in touch with the leader, but that can lead to minor mistakes so I have to make sure I don’t make too many.”

After the second run on these three stages, the trend continued. After SS6, Mikko was still in second place, around forty seconds off the pace: “Most of all, I have to keep pushing to hold off the three guys who are just behind me. I feel good in the DS3 WRC and I could drive more quickly, but you still have to look after the tyres to make sure you get to the end of the stages.”

“I get the impression that our tyres are falling off a little bit more quickly than with the other guys, without us being any quicker,” added Dani, who was fifth at that point. “So far, we have managed to keep out of trouble in this rally, but we’ll have to keep pushing if we’re to have a chance of finishing on the podium. We’re going to work on the set-up again for the last two stages of the day.”

Indeed, after the service, the crews still had two runs on Gallura before the day’s racing was complete. As SS8 was held after nightfall, the crews feared visibility would be poor, due a combination of the dust and darkness. After Østberg was forced to retire, the Citroën Total Abu Dhabi World Rally Team’s DS3 WRCs arrived back in Olbia in second and fourth positions overall.

Eleventh after the final stage of the leg, Khalid Al-Qassimi seemed most of all pleased to have completed today’s eight stages: “It wasn’t easy to sweep the racing line, by being first on the road. But after I went off at the Acropolis Rally, I was really looking to rebuild my confidence. I didn’t change the set-up, because I just wanted to drive without taking any risks.”

Once again showing an impressive turn of speed in their DS3 RRC, Robert Kubica and Maciek Baran lie tenth overall and lead the WRC2 category by over a minute. “The most difficult thing was to manage the dust,” stressed the Pole. “The FIA want to improve safety and yet they send us out with one minute between drivers. I lost a lot of time in these dangerous conditions, but apart from that, it went pretty well.”

In the Citroën Top Driver series, Stéphane Consani grabbed the overall lead on the eighth stage. He is less than thirty seconds clear of Christian Riedemann and Sébastien Chardonnet.

Neuville holds podium position after day one in Sardinia