Elfyn Evans believes the gap to Toyota counterpart Sebastien Ogier on last weekend's Monte Carlo Rally would have been smaller had he been able to "connect" with the new Pirelli tyres. 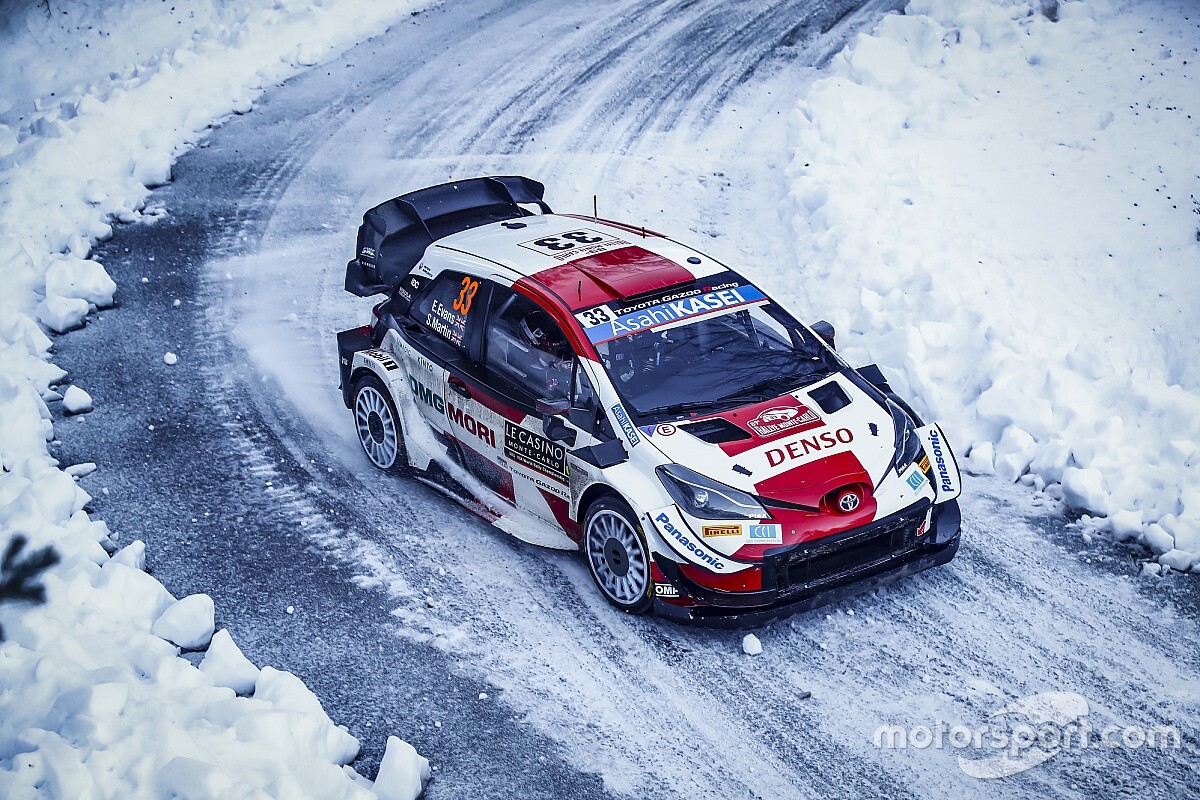 The Welshman finished the season opener just over 32 seconds behind reigning world champion Ogier after struggling to maximise the potential of Pirelli's snow and studded compounds.

This season sees the Italian manufacturer become the official tyre supplier of the WRC taking over from Michelin.

Evans' struggles with the new rubber were apparent on Sunday's stages as Ogier managed to more than double the 13 second lead he had built up during the Saturday leg on his way to collecting maximum points on the Power Stage.

"Compared to last year I didn't quite connect with the tyre as well," said Evans, who led the rally briefly overnight Friday.

"Let's just say I missed the progressiveness and myself - I didn't feel 100% confident. Seb was obviously driving very, very well and ultimately ended up in a league of his own, to be honest.

"Perhaps at the start of the year it was better not to risk everything to try to win here - but we know if we want to challenge for the title this season that we will have to start doing that during the year.

"I could see the time [I was losing] and that was frustrating, but I didn't feel confident enough to take the risk [to claw that back].

"It was perhaps a game of not taking too many risks, like I said, but I didn't feel comfortable enough to do it.

"I felt the risks were too high to go faster this weekend, but we know if we want to fight for the title, we're going to have to do it in the rallies to come."

Ogier made it a record eighth Monte Carlo Rally victory and became the first driver to win the Tarmac classic across three decades despite being slowed by brake problems and then a front-left puncture.

Reflecting on his performance, and the challenge of the season ahead, Evans said he had work to do if he was to become the first British World Rally champion since the late Richard Burns back in 2001.

"We are going on the right curve, but Sebastien can still turn the needle when he needs to, so there is, perhaps, a little bit more learning to do," he said.

"It was a tough final day with very challenging conditions, as it has been throughout the weekend really.

"Maybe I didn't push quite enough to really challenge Seb for the victory; he was very, very good this weekend.

"It's his home rally, so it was always going to be tough - but credit to him. And as a team it's a fantastic start to the year.

"We can be happy with the points, but of course you always want more and hopefully next time I can be a bit stronger."

Evans sits nine points behind his Toyota teammate Ogier in the championship standings, ahead of the WRC's visit to Arctic Rally Finland on 26-28 February.