Toprak Razgatlioglu will partner Michael van der Mark at Yamaha’s factory World Superbike squad in 2020, it has been announced.

The Turkish rider stepped up to WSBK in 2018 with the Puccetti Kawasaki team, finishing ninth in his rookie season with podiums at Donington and San Juan Villicum.

He stayed with the outfit in 2019 and scored his maiden win in the first race at Magny-Cours last weekend, before beating Jonathan Rea to the top spot again in the superpole race.

Razgatlioglu’s performances this season earned him a place in Kawasaki’s factory Suzuka 8 Hours line-up, but his relationship with the manufacturer reportedly got strained after he was not given any seat time during the race.

Razgatiloglu was previously in contention for a seat at the KRT team, or a third year at Puccetti, but Kawasaki’s decision to bench him at Suzuka opened the door for the Turkish rider to join Yamaha.

"Toprak Razgatlioglu is the most exciting young rider in WorldSBK and I'm both happy and proud that he will race for Yamaha in 2020,” Yamaha Motor Europe President Eric de Senyes said.

“When you consider Toprak's progression this year, only his second in WorldSBK, his prodigious talent is obvious, but so is his warrior spirit.

“Like his teammate for next season, Michael van der Mark, he's a rider who always finds that little bit extra on race day and is prepared to push to the limit to overcome any obstacle.

“We saw that clearly in Magny-Cours, where he came from the sixth row of the grid to claim his first WorldSBK race win.

“We have also seen this season that Yamaha has closed the gap to our rivals on track and I'm excited to see what Toprak can do on our Yamaha YZF-R1 in 2020.

“With Michael and Toprak I think we will have one of the strongest and most dynamic rider line ups on the WorldSBK grid next year."

"Toprak Razgatlioglu is the most exciting young rider in WorldSBK and I'm both happy and proud that he will race for Yamaha in 2020.

Leon Haslam was expected to make the switch to the factory-backed Puccetti squad in place of Razgatlioglu, though this move now does not look assured, as the team is rumoured to be keen on securing a younger talent. 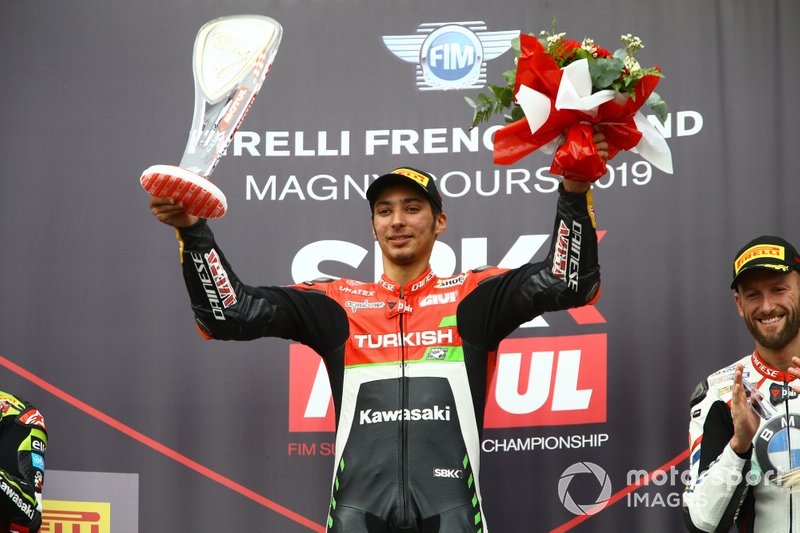