Razgatlioglu steps up to World Superbike with Puccetti 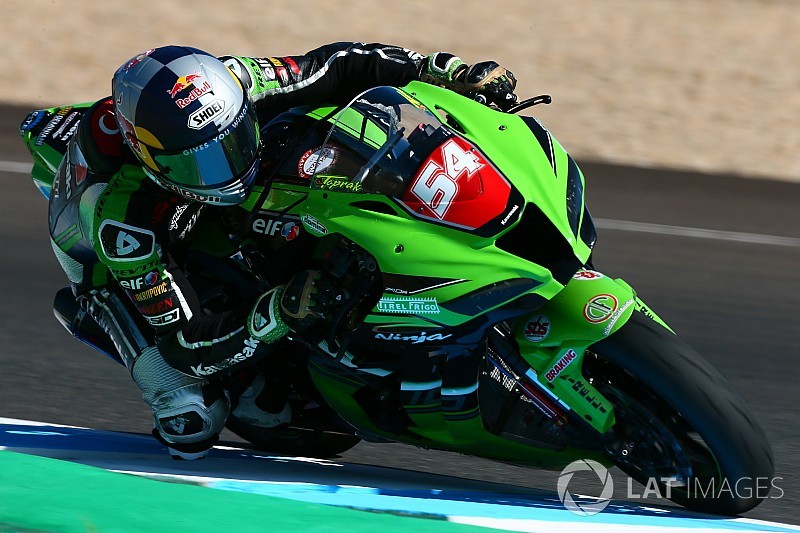 The Puccetti Kawasaki World Superbike squad has announced it will run Superstock 1000 ace Toprak Razgatlioglu as its sole rider next season.

Razgatlioglu, 21, finished runner-up to Michael Ruben Rinaldi in this year's Superstock 1000 season, losing out on the crown by only eight points after being forced to skip a race at Magny-Cours.

The Turkish rider has long been linked with a step up to WSBK in 2018, and fills the seat occupied by Randy Krummenacher, Anthony West and Sylvain Guintoli at various points this season.

"I am happy to step up in WorldSBK next year," said Razgatlioglu. "I have been riding with the team Puccetti for a couple of seasons now and so I know the professionalism of the people working here.

"I am confident that I will have all what I need to learn the new bike and be able to fight for good results soon.

"I would like to thank Manuel [Puccetti, owner] and Kawasaki for this opportunity and I cannot wait to be in Jerez at the end of November for the first winter test."

Guintoli had initially been expected to join Puccetti full-time next season as he returned to WSBK with the Italian squad for the final two rounds of the season in Jerez and Qatar.

However, it's understood the French rider ultimately turned down the chance of a full-time comeback to the championship in order to take on a MotoGP test role for Suzuki.