Scott Redding had a hard time with the "professional aspects" of MotoGP and is more suited to a career in World Superbikes, believes his former team boss Francesco Guidotti.

Redding raced in MotoGP from 2014 to '18, riding for Honda, Ducati and Aprilia in that time, before switching to British Superbikes last year and winning the title as a rookie.

He subsequently switched to WSBK as a factory Ducati rider and scored a trio of third places on his first race weekend in the series at Phillip Island earlier in the year.

Guidotti, who was Redding's team boss at Pramac Ducati in 2016 and '17, reckons the British rider struggled to get to grips with the realities of being a modern MotoGP rider but has now found his niche in the less professionalised WSBK paddock.

"He is a great talent, but MotoGP was a little strict for him because it requires a lot of dedication and concentration," Guidotti told Motorsport.com. "There is a lot of mental work and you have to accept processes that have little to do with 80s and 90s motorcycle racing.

"Scott, being a pure soul, was having a hard time accepting the more restrictive professional aspects. Unfortunately, if you want to be at the top of motorcycle racing, with all the technology and investment there is, you have to follow certain rules.

"He is a very free spirit and he is struggling to accept certain aspects of the professionalism that MotoGP demands today.

"I think he has expressed himself very well in the BSB, where he won, because in terms of riding ability he is a cut above the average level of that championship. Probably Superbike is the right environment for him, one where he can express himself very well."

While Redding is the latest rider to have made the transition from Superbike to MotoGP, nobody has made the opposite move since Eugene Laverty and Loris Baz both did so in 2015.

However, current Yamaha rider Toprak Razgatiloglu has been linked to a future MotoGP switch, with his manager Kenan Sofuoglu recently admitting there had been interest in the Turkish rider to transition to grand prix racing as early as this year.

Guidotti reckons Razgatioglu could make a success of such a move, but says the 23-year-old should not wait too long before doing so. 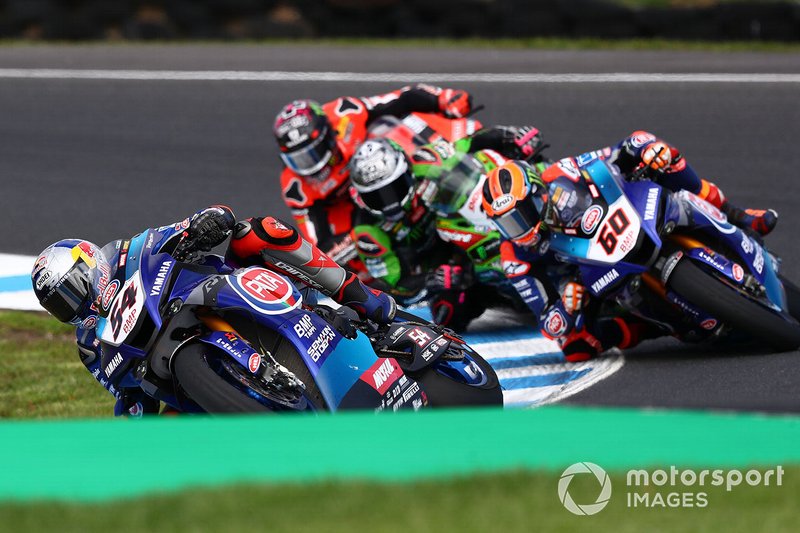 "For me he could still try," said Guidotti of Razgatlioglu. "He's still at an age he could do it. If he waits too long though, he risks losing the right moment.

"I think he's still got a couple of years to try and make the move here before he gets too much into Superbike. When a rider arrives who is still mentally predisposed to change and physically intact, with an important confidence in his own means, he can do it.

"If he is still in Superbike too much and he doesn't win, the confidence will be lost, so he won't be in MotoGP in the ideal mental condition to make the jump from Superbike to MotoGP."

Alvaro Bautista made it a hat-trick of World Superbike victories on home turf at Barcelona with an imperious ride to his 11th win of the season in Sunday's finale.

Ducati’s Alvaro Bautista extended his lead in the World Superbike Championship with victory in the Superpole race in Barcelona, as Toprak Razgatlioglu missed the podium for a second race running.

Ducati rider Alvaro Bautista extended his World Superbike championship lead with a dominant display in the opening race at Barcelona for his ninth win of the season.

Iker Lecuona scored Honda’s first pole position in the World Superbike Championship since 2016 with a stunning effort in Saturday’s qualifying session at Barcelona.