BMW World Superbike rider Tom Sykes will be kept under observation at hospital after suffering a "severe concussion" in a crash during last weekend's Barcelona round.

Sykes was taken to the Hospital General de Catalunya following the accident involving he and Puccetti Kawasaki rider Lucas Mahias, which brought out the red flags in Sunday's final race of the weekend.

Further checks confirmed the 2013 world champion had suffered a "severe concussion" according to a BMW statement released on Monday, which added "no further injuries have been determined".

The German marque said the plan as it stands is for Sykes to be discharged on Wednesday, but admitted that it remains unclear if he will be able to participate in this weekend's Jerez round.

BMW motorsport director Marc Bongers said: “We are in constant contact with Tom. He is in good spirits and is back to his usual self, cracking jokes. We are delighted that he has come through this accident relatively well.

"He remains under observation due to the severe concussion, but no further injuries have been determined. We now have to wait and see what this coming weekend will look like. We will provide more information as soon as we get it.

"We would like to thank the track marshals, the medical staff at the circuit and in the hospital, and everyone who helped Tom so well after his accident and who are continuing to help him.” 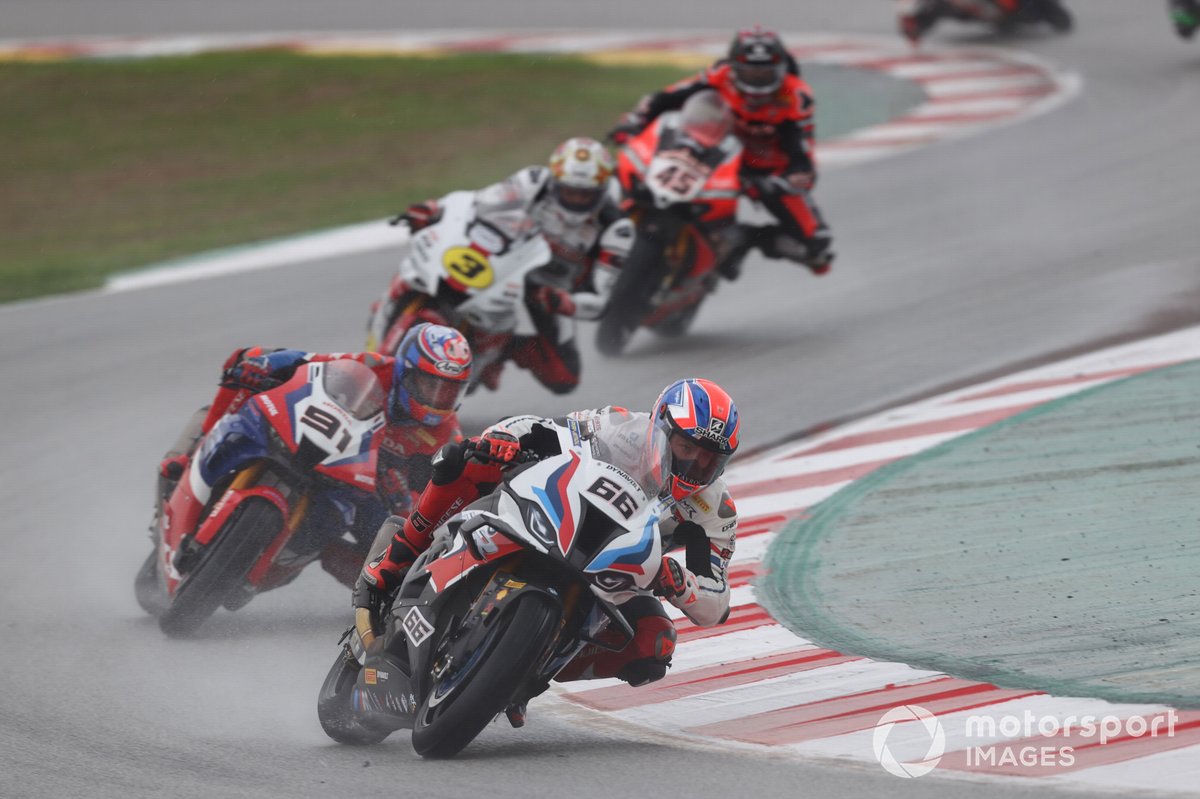 However, at the start of a wet first race on Saturday, he bogged down badly off the line, dropping into the midfield and only recovering as far as eighth place by the end of the race.

Things went from bad to worse on Sunday morning as Sykes was eliminated by fellow BMW rider Michael van der Mark in the Superpole race, an incident for which the latter took responsibility.

From 10th on the grid, Sykes only made it as far as the start of the second lap before his accident with Mahias that prompted race control to stop the race while Sykes was attended to.

As a result, van der Mark has now surpassed Sykes as BMW's lead rider in the standings, occupying seventh with four rounds to go.

As well as Sykes, Go Eleven Ducati rider Chaz Davies (broken ribs) and Alex Lowes (wrist injury) are likewise facing a race against time to be fit for the start of practice action at Jerez on Friday.