Former F1 Chief Engineer Steve Farrell will be the race engineer for James Nash in the Bamboo Engineering Chevrolet Cruze. The first event in the 2013 WTCC calendar takes place at Monza in Italy in March.

Following Former F1 Chief Engineer Steve Farrell’s appointment at Bamboo Engineering it has been confirmed that he will engineer James Nash’s Chevrolet Cruze for his championship title bid in the 2013 FIA World Touring Car Championship (WTCC).

Farrell was has been recruited by Bamboo Engineering Chief Exec Richard Coleman and will take charge of Nash’s 2013 championship contention with immediate effect. 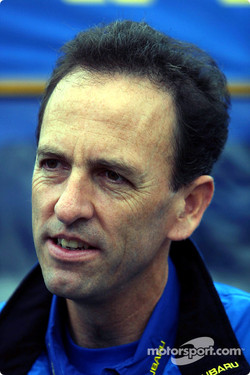 Farrell has a phenomenal racing CV seeing him hold pivotal positions such as the Director of Engineering for the Subaru World Rally Championship during his time at Prodrive and key positions in BAR in the F1 paddock.

Steve’s CV also covers some of the finest formulas and companies in motorsport including McLaren GT, KERS, A1GP and F3 to name but a few.

Steve will be the race engineer for James Nash in the 2013 Chevrolet Cruze, Nash is already expected to deliver great things in the Bamboo engineered Chevrolet but the addition of Farrell makes for a formidable team.

Richard Coleman – Chief Executive – Bamboo Engineering, “The appointment of Steve is a major coup, attracting such an experienced F1 and WRC stalwart is testament to the strength and breadth of the new look Bamboo Engineering.

I have said this year is going to be big for us and working with Steve and colleagues of his calibre means this season is going to be one to remember!”

Steve Farrell “I’m thrilled to be joining Bamboo, I have been talking to Richard for a while and the time is now right to make the move to Bamboo.

Richard runs a supreme outfit, the strength and breadth of his team is awesome, plus with great hardware and top drivers, we’ll be making our mark this year. I can’t wait to get stuck in and working with the team and James Nash.”

The first event in the 2013 WTCC calendar takes place at Monza in Italy in March. Full coverage can be found on British Eurosport including live television coverage of all qualifying sessions and races in the 24-race Championship.

Tool company continue to sponsor James Nash in 2013 with Bamboo