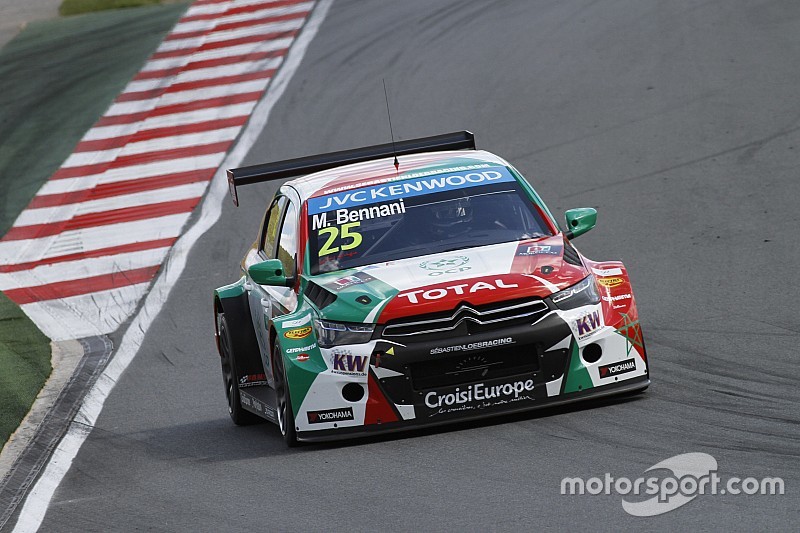 Mehdi Bennani: “I’m disappointed with my weekend at the Moscow Raceway

The Sébastien Loeb Racing and its driver Mehdi Bennani were hoping for a different scenario last weekend at the Moscow Raceway as part of the fifth round of the World Touring Car Championship. After convincing results on the Nürburgring, and particularly a new win in the Yokohama Drivers’ Trophy, the Moroccan driver wanted to continue at the same pace. Alas, with a 14th place and forced to withdraw due to damages caused by another contender, that did not happen last weekend.

But determined to pick itself up, Sébastien Loeb and Dominique Heintz’s crew already have the next race, in two weeks, in mind.

“There will be better days”

“I’m disappointed with my weekend at the Moscow Raceway” admits Mehdi Bennani. “It was a bit like in Hungary where I did not have very good sensations in the car, compared to the races in Morocco or at the Nürbugring for instance. We’ve struggled looking for the right settings and never managed to really figure them out in the end. That showed in the qualifying sessions, I couldn’t attack the way I wanted, though I’ve been competitive on that track before. The races didn’t go any better. The team and I have been discussing a lot and we’re going to do our best to pick ourselves up in Slovakia.”

“For sure we’re leaving Russia quite disappointed” says Technical Director Léo Thomas. “The Moscow Raceway is a difficult track and we don’t want to hide behind false excuses: we haven’t been able to work out the right settings for Mehdi to drive the way he wanted. Indeed it does feel like the experience we had in Hungary. Last weekend were just two off-days. We’re convinced that better days are to come, hopefully as soon as possible. We’ll have a good debrief and we’re going to work in the way we usually do, namely collaboratively, exchanging a lot and with much attention to details. We can bounce back and we’re determined to prove it. We’re still thinking about this weekend in Russia, but we’re also already looking to the next one in Slovakia."

After an interesting way in on Friday during the practice session, having posted the ninth lap time, Mehdi Bennani went through a more difficult day on Saturday. With two new promising free practice sessions, having achieved the 12th and 5th lap times, the Moroccan driver and its Alsace-based team did not manage to maintain that in the qualifying. On board of a delicate car, Mehdi failed just two tenths away from the Q2, with the 13th time.

On the 7th row of the starting grid, Mehdi made a good start in Race 1. Though fighting hard, he remained unsuccessful. Hit by another contender, Mehdi’s car swung around and moved down in the hierarchy. Though he managed to progressively catch up lap after lap, the clock was running and he had to make do with a 14th place under the chequered flag. With a damaged exhaust system and consequently very little power, Mehdi had no other choice but withdrawing.

While Mehdi Bennani is still within the Top 3 of the Yokohama Drivers’ Trophy, the World Touring Car Championship’s next race will take place in Slovakia on June 20th-21st.