The World Touring Car Championship has been Citroen's personal playground for the last two seasons - but could things be about to change in the French marque's final season in the series?

This weekend, the 12th season of the WTCC kicks off at the Paul Ricard circuit in the south of France, the home round of reigning manufacturers' champion Citroen.

But the almighty C-Elysees of Yvan Muller and Jose Maria Lopez will have a hard fight from three other full manufacturer entries: Volvo, Lada and Honda.

Citroen, still the ones to beat

Citroen has the most consistency between its 2015 and 2016 line-up, albeit losing its technical director to sister company DS's Formula E programme.

The hard work in developing the C-Elysee WTCC over the last three years means the cars will be the ones to beat, though with the reintroduction of the rule to land maximum compensation weight on the champions right from the start, they'll be carrying a handicap through the first qualifying session on Saturday afternoon of 80kg, increased from the previous 60kg.

Muller returns for his 11th year in the championship, and the four-time champion will instantly scowl at anyone who suggests he's only there to make up the numbers. The Frenchman firmly has his sights set on defeating hot-shot teammate Lopez, and carries all the national attention following Sebastien Loeb's departure from the team at the end of 2015.

Lopez, meanwhile, has all the expectations upon him. After perhaps shocking the world by romping his way to the title in 2014 ahead of his much fancied teammates, he proved it was no fluke in 2015 by putting on another dominant display, but now nothing less than another title will be expected from the 32-year-old.

That may be made all the more complicated by the reshuffle of the other two returning manufacturers of Honda and Lada, which both kicked off the silly season just before Christmas, as 2012 champion Rob Huff effectively swapped places with 2009 champion Gabriele Tarquini at Honda. 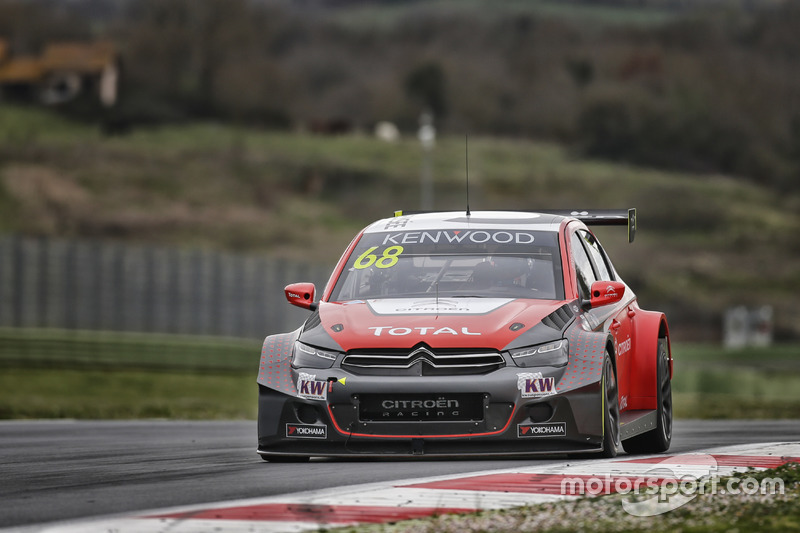 Lada, quite literally youth and experience

Lada snapped up Tarquini, not only the most experienced driver in the championship but probably across all motorsport disciplines still racing, while retaining Nicky Catsburg, who joined the team just before the halfway mark last season and was a revelation in terms of pace in the new-for-2015 Vesta WTCC.

Joining Catsburg and Tarquini at Lada is 23-year-old Hugo Valente, starting his fourth season in the championship. The Frenchman was by far and away the most impressive of those running the independent Chevrolet Cruze in 2015, and while much has been said of the famous contretemps between he and Tarquini in China last year, the two appear to have put that firmly behind them as they begin to work as teammates for 2016. 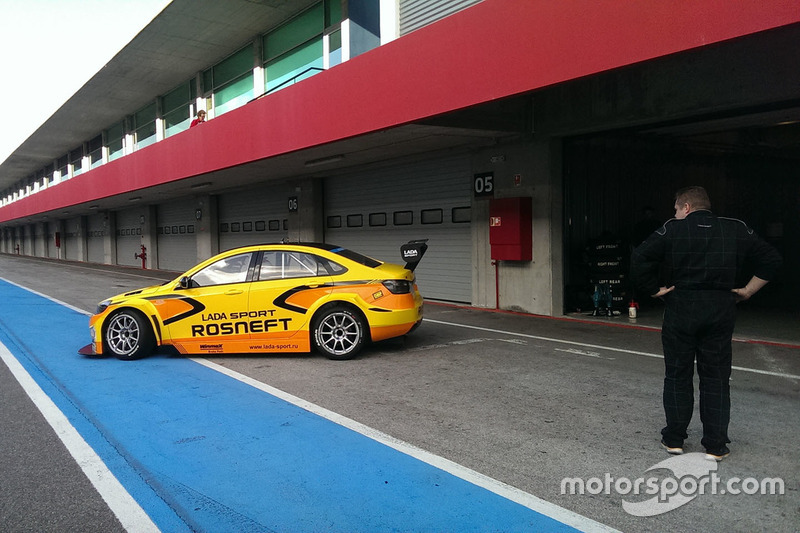 After three years with no noticeable change at Honda, things have changed for the Japanese manufacturer, which decided to release Tarquini and sign Rob Huff from Lada to join Tiago Monteiro, who enters his fourth season with the team after working with it during its 2012 development season.

The team have also made the jump to expand to three cars just as its main rival drops to two, signing Hungarian superstar Norbert Michelisz from the privateer Zengo team, to put together a formidable challenge in what will likely be a make-or-break season.

Personnel changes behind the scenes are also a key part of the revised approach. The Italian JAS Motorsport team which run the cars have signed British engineer Duncan Laycock as its technical director, the man who engineered their new signing Huff to his 2012 championship title with Chevrolet against intense competition from teammates Alain Menu and Yvan Muller. 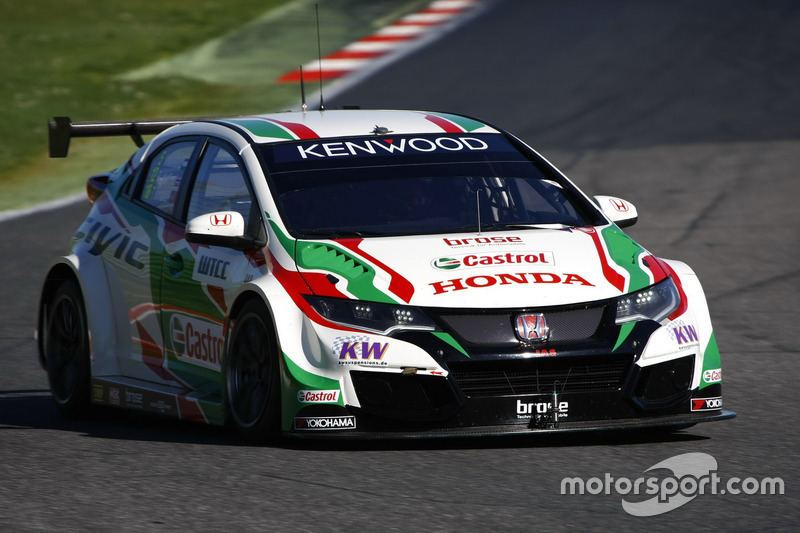 Volvo, bringing blue back to the front

The fly in the ointment could come from the return of cars running in a pale blue for 2016, but this time adorning the Volvo S60 TC1s of Polestar Cyan Racing, the factory effort of the performance sub-brand of Volvo.

Fielding just two cars for Thed Bjork and Fredrik Ekblom, who have been the ones to beat in the Scandinavian championship in the past four years, Polestar Cyan Racing impressed in pre-season testing and many expect the squad to be scoring strong results straight from the get-go, despite the drivers' lack of experience in the WTCC or at the circuits. 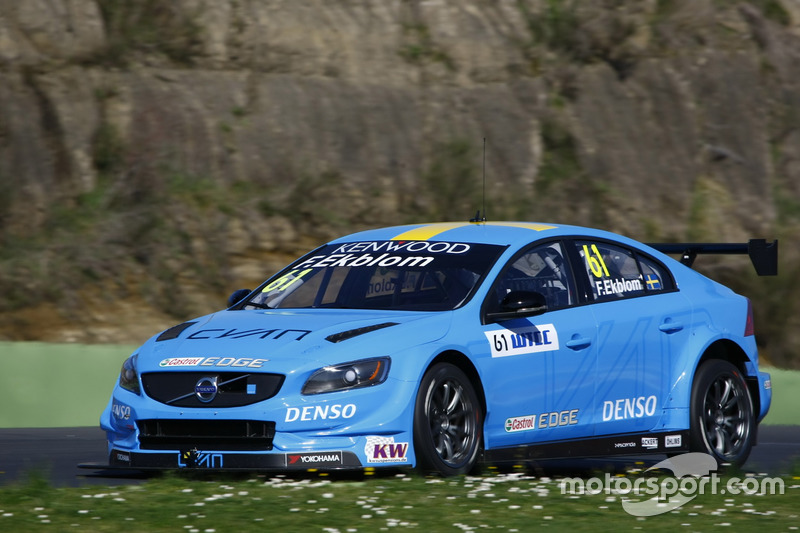 The indies still have something to say

The independent prize money has doubled, though with such a strong manufacturer entry, it could easily be overlooked.

With Valente and Michelisz now signed up to manufacturer drives, the favourites for the WTCC Trophy for privateers are undoubtedly Mehdi Bennani and Tom Chilton, both racing the benchmark Citroen C-Elysee WTCC for Sebastien Loeb Racing (SLR).

The team's third driver Gregoire Demoustier will be aiming to learn from his new teammates in his second season in the WTCC after switching over to SLR from the departed Craft-Bamboo Racing team.

Zengo Motorsport returns with a two-car line-up for the first time since 2012, fielding a pair of Honda Civic WTCCs for young Hungarian stars Ferenc Ficza and Daniel Nagy, who will be aiming to fill Michelisz's shoes.

The Chevrolet RML Cruze TC1, which despite flashes of speed, failed to repeat the two victories and pole positions which it had achieved in its inaugural year last season, will be back on the grid, though despite eight cars being available, just three are set to take to the grid in the first race.

WTCC stalwart Tom Coronel returns at the Italian ROAL Motorsport team, while French driver John Filippi is back for his third year with the small Campos Racing outfit, and Rene Munnich is back after a year away in his Cruze, while also taking part in the supporting ETCC race this weekend in a privately run Honda Civic. 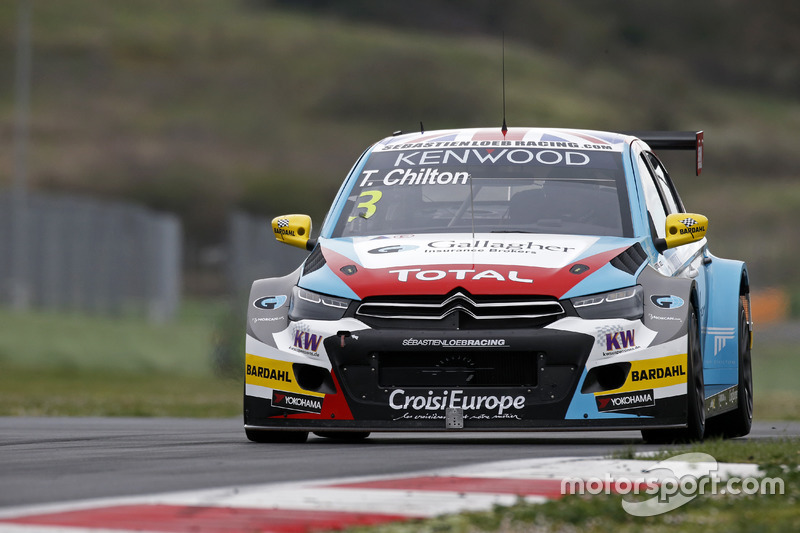 Changes to the show to add spice

Outside of entries, new rule changes come into force which will shake things up and add to the show.

The compensation ballast changes mean that Citroen will be 80kg heavier than all its competitors for the first race.

The Race 1 and Race 2 format has been modified, with the reversed top-10 grid switched from Race 2 to the first race, which is now titled the Opening Race, and with the standard grid applied to the second race, now called the Main Race, which is also one lap longer.

Following qualifying, which is unchanged, a new racing format is being pioneered by the WTCC, based on team pursuit cycling, where three cars of each manufacturer will aim to set the combined best two-laptimes and be rewarded with points towards the manufacturers' championship, entitled MAC3.

Although MAC3 will get attention as a new, daring and potentially risky new format, it's unlikely to play as much a part in the weekend as the new strategy needed to tackle the altered race format.

But perhaps more critically, the rejuvenated driver and manufacturer line-up, while not adding much in terms of cars on the track, is likely to add up to one of the strongest mix of drivers in the WTCC since the turn of the decade.

* Will not compete in all rounds ** Absent from the first round

Lada could return to WTCC grid in 2017

Valente hits out at Lada: "I'm not happy about their approach"

Tarquini reveals he had re-signed with Lada for 2017

Verstappen ‘not interested’ in ongoing chatter on Silverstone crash