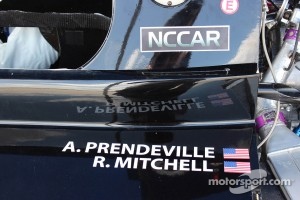 “We are pleased to introduce another new driver to the series,” said Ian Dawson, owner of the team that competes in the LMP2 class. “Duarte tested with Andrew back in 2010 at our base at the North Carolina Center for Automotive Research [NCCAR]. He is an accomplished GT driver. This will be his first race in the United States.”

“It will be a new experience for me, as I always raced in GTs and touring cars in Europe, but I am confident that I will get used to the car quickly,” said da Costa, 26. “In the past I raced single-seaters, and this will be useful for me as I adapt to the Radical. I would like to thank Project Libra for this opportunity.”

Da Costa finished third in the Blancpain Endurance Series Pro-Am last year. In addition to driving he is also a TV commentator for Eurosport.