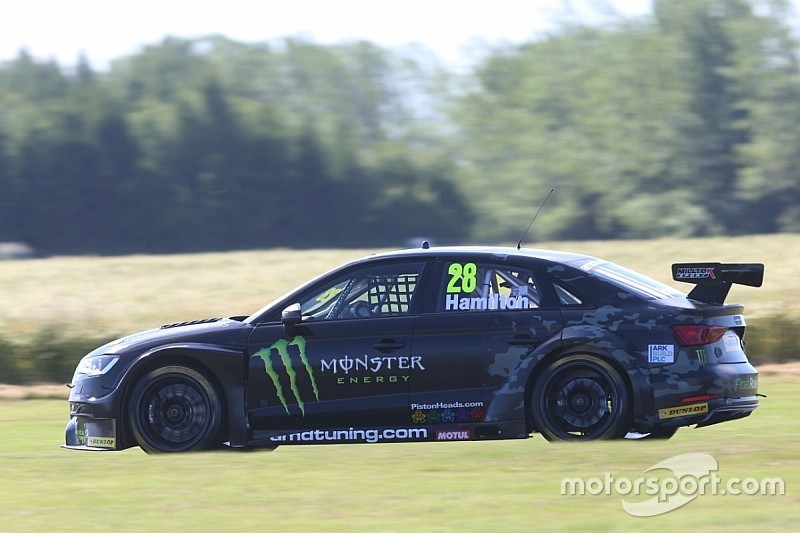 Lewis Hamilton’s younger brother Nicolas says he is “really happy” with the way his first weekend as a fully-fledged BTCC competitor at Croft went.

Behind the wheel of a specially adapted AmD Tuning-run Audi S3, the cerebral palsy-suffering 23-year-old recorded a pair of 25th place finishes in the first two races at the Yorkshire track before improving to 22nd in the finale.

Reflecting on his progress over the course of a “mental” first weekend racing in the ultra-competitive tin-top series, Hamilton said: “To be part of the BTCC is a great feeling and this weekend has been all about learning as much as possible to take forwards.

“The first race was as tough as I expected it to be but it went well apart from a small mistake towards the end when I clipped a tyre stack and in race two, I was able to gain more confidence in the car and what it can do.

“Race three was the first time I’d run on the soft tyre so there was more for me to learn there, but I’m pleased that I’ve come away from the weekend with three solid finishes.

“I’ve been out of a race car for a while so it’s almost been like a fresh start, but the progress we have made from the first time I got into the car during testing at Brands Hatch to the end of the third race here is something I’m really happy with.

“With more time in the car I know I’m only going to get quicker and be in a position where I can really push forwards and start racing with the guys ahead.”

AmD Tuning boss Shaun Hollamby added: “We set Nicolas some targets coming in to the weekend and he hit them all, so we’re very pleased with how he performed.

“He’s been able to learn a lot, more than he gained from testing, and we’ll now work more with him over the summer break in preparation for Snetterton.”

Hamilton will compete in each of the remaining five BTCC meetings between now and the season finale at Brands Hatch, with the exception of the series’ annual trip north of the border to Knockhill in August.