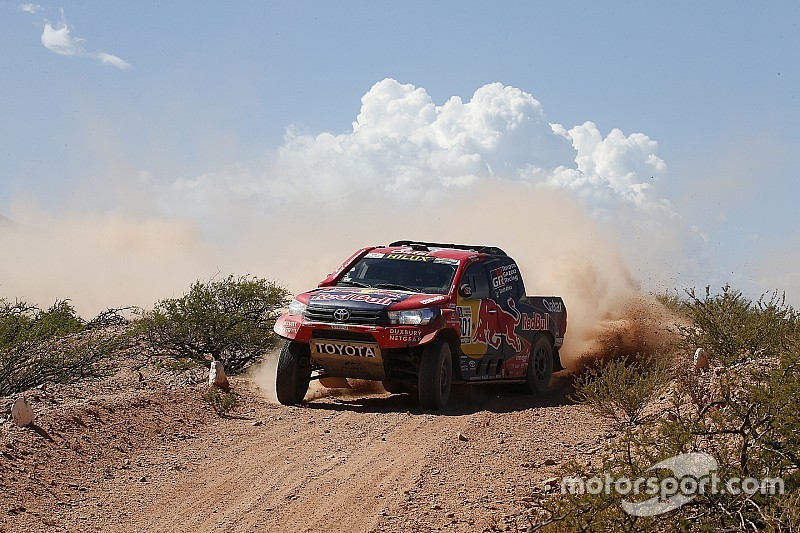 Toyota Gazoo driver Nasser Al-Attiyah will be returning to the Silk Way Rally in 2017, the Qatari set to go up against reigning champions Peugeot.

Al-Attiyah led the inaugural edition of the race as a Volkswagen driver in 2009, only to roll in the penultimate stage, and then finished second to VW teammate Carlos Sainz in 2010.

The Qatari's participation in the 2017 race, running from Moscow (Russia) to Xi'an (China) through Kazakhstan in July, was announced at the event's official presentation in Paris.

“For our first participation with Nasser behind the wheel of the Toyota Hilux, the objective will be, of course, to win,” said Al-Attiyah's co-driver Matthieu Baumel.

Al-Attiyah is likely to be viewed as the chief rival of the Peugeot works trio, comprised of Stephane Peterhansel, Sebastien Loeb and Cyril Despres – the drivers who made up a Peugeot 1-2-3 in this year's Dakar as the Qatari himself retired early on.

Fellow Toyota driver Nani Roma, who was best of the rest behind the Peugeots in Dakar 2017, is expected to contest the Silk Way Rally as well, while X-Raid Mini is also to field works entries.

All of that means that Peugeot, which topped each stage of the 2016 event and took victory with Despres, could be in for a tougher challenge in defending its crown.

Meanwhile, the organisers of the event have announced that the 2018 edition, scheduled to be the rally's eighth running, will feature bikes in addition to the usual car and truck classes.