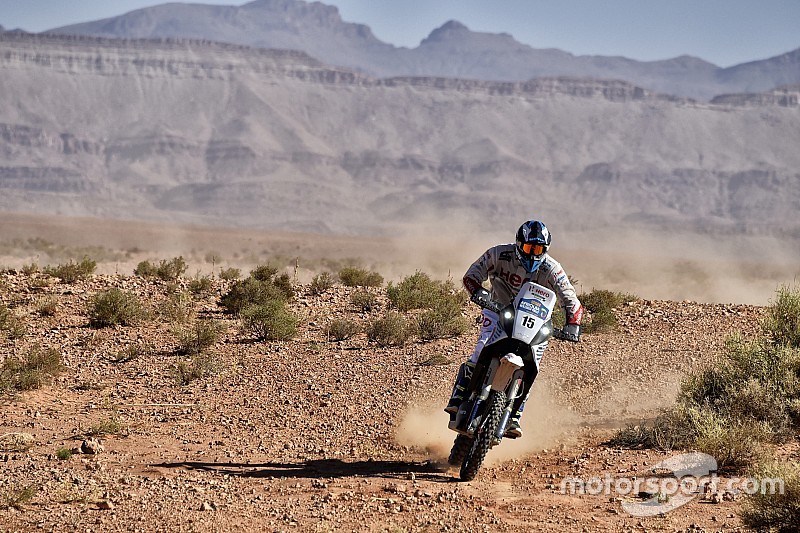 CS Santosh, the only Indian Dakar finisher, will return behind the wheels of Hero’s Speedbrain 450 bike for the first time since the Desert Storm in January, having now recovered from his left arm injury.

“I have made immense progress in the past couple of months and I am glad to be back here with the team,” he said.

“I have been training with some great people and working on all the aspects, be it body or mind or motorcycles.

“However, I am going into the Merzouga Rally with the expectation of learning and having a great time being back to racing on my bike.”

Santosh will be joined by Portugal’s Joaquim Rodrigues, who arrives fresh from his victory in India Baja and a 12th place finish in Dakar.

“It has been a great start to the year,” he said. “The recent victory at the India BAJA Rally has given me a fresh boost of energy and I am really excited to be back at Merzouga Rally.

“I am happy with my recent performances and hoping for a good result here as well.”

Merzouga Rally is a part of Dakar Series and features 1200 km of fully off-road specials. Now in its eighth edition, the Merzouga Rally will see 145 vehicles across bikes, quads and SideBySide categories.

Santosh and Rodrigues will specifically compete against 86 other riders in the highly coveted bikes category, which will see several past winners go head-to-head with each other.

Dr. Markus Braunsperger, Chief Technology Officer, Hero MotoCorp Ltd., said, “Merzouga Rally will offer a good platform to evaluate the physical and technical strengths of the team, so that necessary course corrections can be made, if any, for the Dakar 2018.

“It has just been a year since the formation of our team and we are excited by the impressive performances so far. We are looking for another 100% finish rate this year.”