Hans Werner Aufrecht: “In the future, the races have to be decided behind the steering wheel again.” 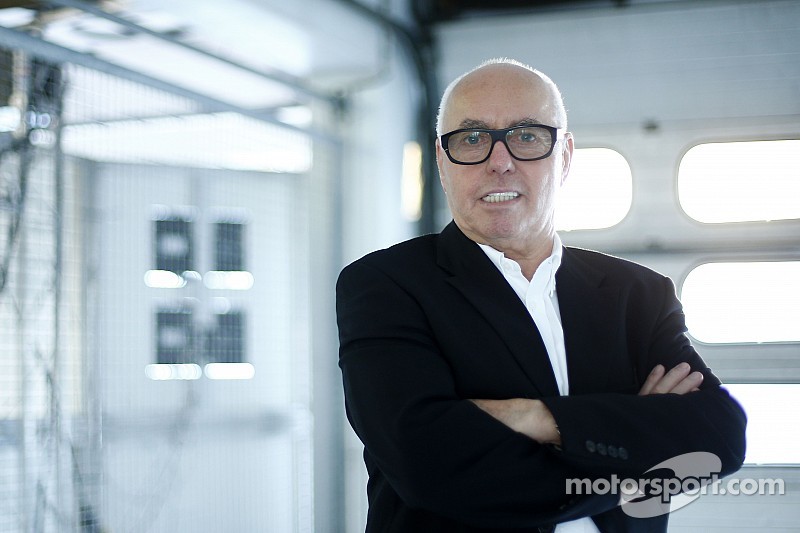 The perfect time to look back upon the season with Hans Werner Aufrecht, chairman of DTM rights holder and promoter, ITR e.V., and to have an initial outlook on 2015.

Hans Werner Aufrecht: “It was a good year; a very good one, in fact. We have seen entertaining motorsport with exciting and sometimes turbulent races and plenty of overtaking. At the end of the season we have a champion in Marco Wittmann who has made his mark on this season. We will still hear many positive things from him in the future, I have no doubts about that. Still, we have a lot of work to do during the winter time, because we also saw that the fans weren’t 100 percent satisfied with us, especially during the first half of the season. We have to continue working on that in the next weeks, and so we will.”

What does that mean in specific?

“The demands from the fans have to get more into the focus of our activities again. The many letters, e-mails and messages on the social networks that reached us during the season show one thing in particular: the races have to be decided behind the steering wheel and not behind the computer, and even less behind the green table. From the halfway point of the season, we have had regular meetings with various commissions in order to decide on substantial steps.

The manufacturers competing in the DTM are involved, and so are the DMSB, our television partner ARD and the DTM drivers. At the moment, we are collecting many ideas that we will convert into proposals and decisions in the next weeks. In that process, I have to ask for some patience, because all the changes to the sporting format and to the regulations have to be considered carefully.

Accordingly, I am afraid I also have to disappoint all those who are already announcing calendars and race formats. Definitely, no decisions have been made yet, because we haven’t even discussed all the proposals yet. The message sent out by the friends of the DTM has reached us, and now, we quietly want to turn it into reality.”

Are there any specific changes that have already been decided?

“We will no longer have option tyres, there is consensus on that. Our tyre partner Hankook has produced a nearly perfect tyre that the drivers really liked. However, it didn’t bring the additional excitement to the races that we wanted. This season, there were basically two halves of the races that admittedly were clearer than last year, but not perfect yet. I want to achieve that a TV spectator who is probably a few minutes late in switching on, will find his way into the race action right away and knows who will be challenging for victory at the front of the field.”

During the season, critic was heard about decisions by race control time and time again. What is your opinion on this aspect of the 2014 season?

“I am not one of these people who blame the referee when he is making too many or too few calls. Race control is only there to enforce the rules that we have created together. With the same determination, however, I also say that we have to make the regulations easier and more transparent. That is what the representatives of the manufacturers and the DMSB officials are currently working on with great commitment. The drivers are involved in this process, too, because they are the ones who have to race with these regulations behind the steering wheel.”

With Marco Wittmann, Maxime Martin, Robert Wickens, Christian Vietoris and Pascal Wehrlein, we have mainly seen young drivers on the top step of the podium. Is that a sign for an upcoming change of generation?

“Throughout its 30 years’ history, the DTM has always benefited from young and sometimes wild drivers taking on the seasoned stars. That is really spicing up the race action and only lie this, drivers can raise their profile. However, I don’t think we should write off drivers lie Mattias Ekström, Bruno Spengler or Gary Paffett. They will be really committed next year, that is something the DTM fans can look forward to now already.”