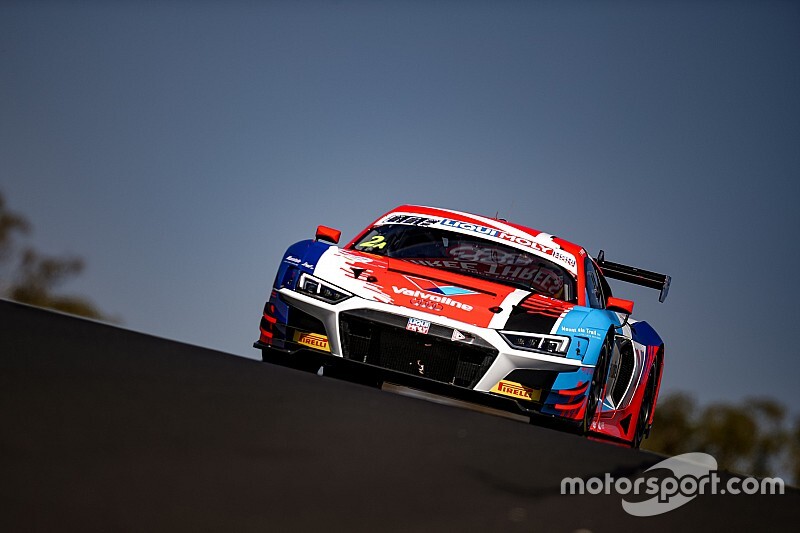 The session was delayed for a uniquely Australian reason, kangaroos on the circuit forcing cars back into pitlane moments after heading out.

Once the wildlife was cleared it was Marco Mapelli that set the pace in the #63 FFF Lamborghini, his 2m03.549s the fastest lap of the weekend to that point.

With five minutes to go Vanthoor went even quicker, putting the #2 Valvoline Audi on top with a 2m03.443s as the qualifying sims beckoned.

However hopes of further improvement were dashed seconds later when a pair of spectacular crashes led to the session being red flagged.

One was Jarvis, his Bentley return rocked by what seemed to be a brake failure at the Chase. He tipped the car into the left-hander early to try and wipe off speed, but couldn't avoid ending up in the outside tyre wall.

At the same time Daniel Serra was caught out on the way into Skyline, the #27 Hub Auto Ferrari firing into the gravel and then into the wall right before the entry to the Dipper.

Mapelli's early time was good enough for second, he and Vanthoor the only drivers to dip under the 2m04s mark.

Watch all of today's Bathurst 12 Hour action live thanks to Motorsport.tv.