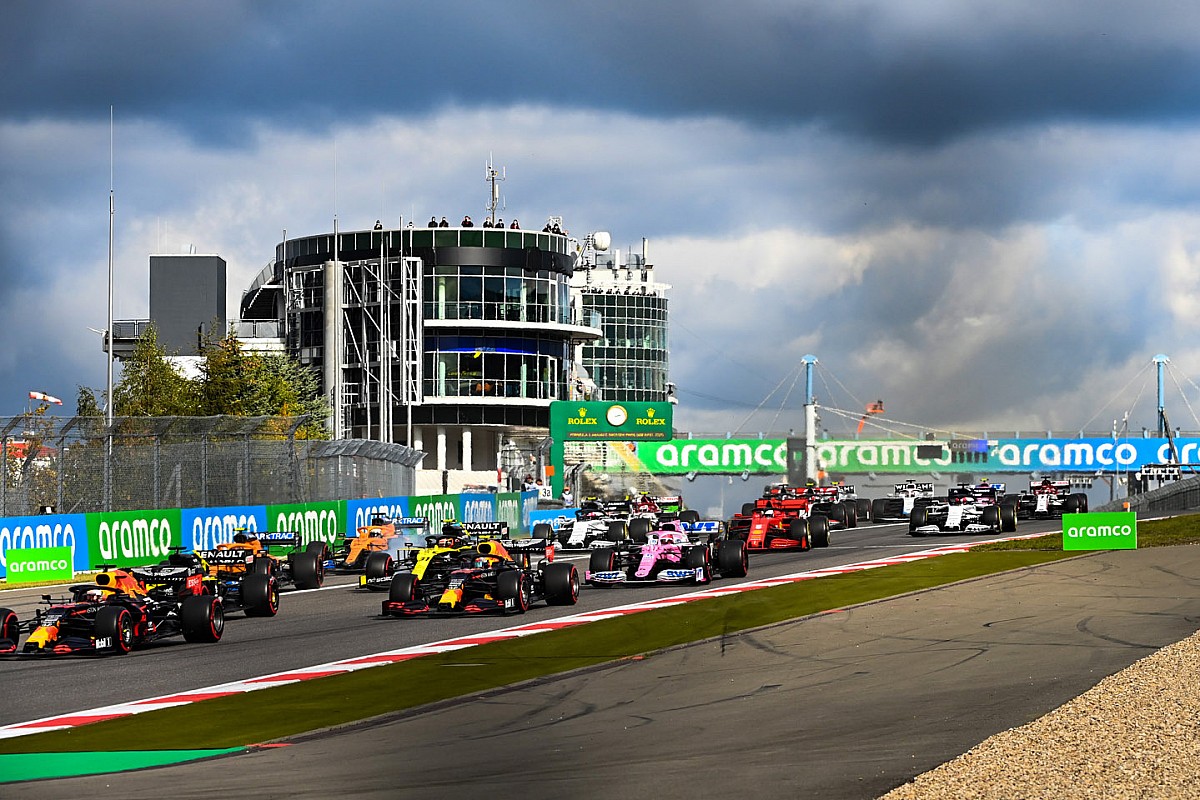 Mercedes team boss Toto Wolff has cautioned against the human cost of Formula 1's expanding calendar, as triple-headers return on the provisional 23-round 2021 schedule.

Triple-headers with three consecutive race weekends were first used in the 2018 season but drew a lot of criticism from the teams due to the strain they put on travelling crews.

The 2019 season did not feature any, but then COVID-19 came along and forced F1 to completely rework the 2020 calendar with a late season start in July.

The need to get as many races in as possible has forced the sport to add four triple-headers to the compressed schedule, the last of which will kick of next weekend with the first of two races in Bahrain followed by the Abu Dhabi season finale.

F1 teams have accepted triple-headers as a necessary evil in 2020 considering the unique circumstances, but several team principals are not keen on continuing the practice in the future.

Yet when F1 announced its provisional 23-round schedule for 2021, the calendar did feature two new triple-headers in a space of just seven weeks.

The European trio of Spa, Zandvoort and Monza will be followed by a logistically tough run of Sochi, Singapore and Suzuka.

The calendar drew a mixed response in the paddock, with teams understanding the need to recover revenue after a financially punishing 2020, while also cautioning against overworking their staff.

"I think the teams are the beneficiaries of growing revenue and income," Mercedes team principal Toto Wolff said. "In that respect we all need to support for the business to grow.

"On the other side a couple of triple-headers will take a toll on the people. I think there is an Asian triple-header that will mean we are more than three weeks away from home and that is certainly not something that is great."

Wolff explained Mercedes is already looking into rotating its travelling staff to try and manage the load.

"You must not forget that the hardest working people are the ones that set up the garages and take them down and the mechanics that will have overnighters if something goes wrong," he added.

"You need to question how long that is sustainable and whether you implement a different system by having a second crew that can take over these toughest roles and this is something we are looking at at the moment."

Outgoing F1 CEO Chase Carey told investors that the sport "expects to move to a 24-race calendar in the next few years", which would make future triple-headers a likely scenario.

"It will take a toll on the people but I think especially in the times we are in now we need to do it," Steiner said.

"But then FOM needs to look into it, if it's something we want to do for the long term, if this many races are sustainable and if there is no saturation coming in by the spectators."

Steiner said teams will also have to "try to find some solution" in case the calendar does get expanded even further.

"On the people side we need to come up with plans that we don’t overwork them," he added.

"We overwork them anyway, but we need to be clear that we cannot demand that all the time.

"If it gives us more revenue we need to come up with ideas where we make it sustainable for ourselves, where we don’t need to wait until we are told to do that.

"It’s part of where Formula 1 is going. We will just find out in a few years if more races is the right way. We need to try it and try to find some solution where our people do not get worn out."

The aero secrets revealed by F1's dirty cars in Turkey

Seidl: Wild Turkey was fun but F1 is about building best cars