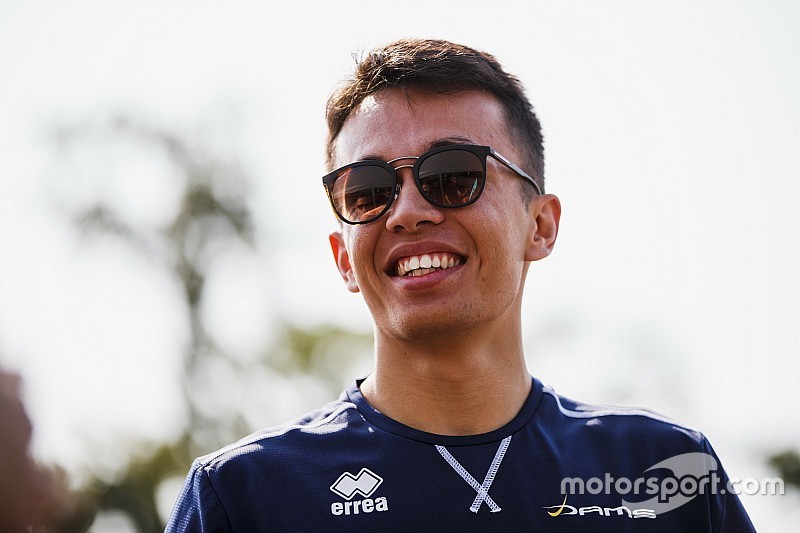 Toro Rosso-Honda has announced that Alexander Albon will be Daniil Kvyat's 2019 teammate, filling what was effectively the final vacancy on next year's Formula 1 grid.

The news means 19 of the 20 seats have been revealed, with the official announcement of Lance Stroll's move to Racing Point Force India the only anomaly.

Albon had moved to the top of Toro Rosso's list in October, but the former Red Bull protege's situation was complicated by the fact he had already committed to joining the Nissan e.dams ABB FIA Formula E Championship team.

He therefore required extricating from that contract, a situation that caused consternation at Nissan - particularly as the push for him to move to F1 happened just as FE pre-season testing was beginning.

Motorsport.com revealed earlier on Monday that the final obstacles to Albon parting with Nissan had been cleared, and official confirmation of that by Nissan was swiftly followed by Toro Rosso announcing Albon's signing.

"Alexander had an impressive Formula 2 season in 2018," said Tost. "He won four races and finished the championship third.

"The way he is able to overtake many of his rivals in the races shows that he is ready and matured to race in Formula 1.

"With Daniil and Alex we have two young, very strong and competitive drivers."

Albon's return to the Red Bull fold with Toro Rosso comes six years after he was dropped from the drinks firm's junior programme.

"It's such an amazing feeling to know that I'm in Formula 1 next year," he said. "Throughout my single-seater career, I went through a few ups and downs.

"I worked really hard and tried to impress every time I got in the car, and I have to say a big thank you to Red Bull and Dr [Helmut] Marko for believing in me and giving me a second chance.

"I've always been motorsport mad and since I first got in a car it's been my dream to be in Formula 1.

"To be given this opportunity is just incredible."

Toro Rosso goes into 2019 with an all-new F1 line-up in Kvyat and Albon.

Pierre Gasly is leaving to join the senior Red Bull Racing team in place of Renault-bound Daniel Ricciardo, while Brendon Hartley - another sometime Red Bull reject recalled by the company - is being dropped just over a year after getting his surprise F1 chance.

Nissan is expected to replace Albon with Oliver Rowland in its FE team.

* Not yet officially announced
Next article