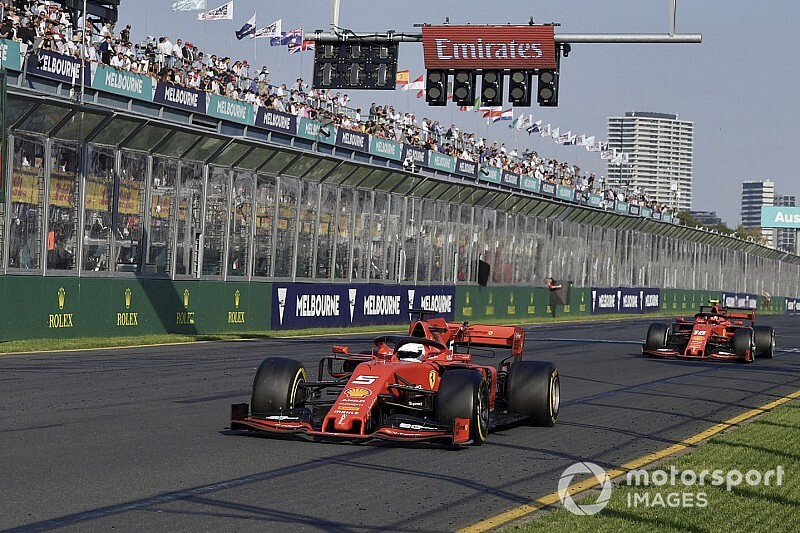 Ferrari does not yet understand why its pre-season testing form translated into such a disappointing Australian Grand Prix, where it struggled constantly with balance and tyre problems.

The Italian team was considered the early favourite after two very strong weeks of testing in Spain, where its rival Mercedes did not get to grips with a heavily-updated car until the final day.

However, Ferrari started the Melbourne weekend on the back foot in Friday practice, trailed Mercedes by 0.7s in qualifying and its lead car finished fourth in the race, almost a minute adrift of Mercedes' race winner Valtteri Bottas.

Asked by Motorsport.com about a weekend that did not go as expected, and what it has discovered to explain its struggles, Ferrari team principal Mattia Binotto said: "I think you're right, it's not what we were expecting. Winter testing was certainly different.

"Since Friday FP1 we never found the right balance on the car and we struggled with the tyres.

"We tried different set-up approaches during the weekend but I have to say we never concluded with the right balance.

"[The team was] unhappy in qualifying, and when you're in parc ferme [conditions with no changes allowed before the race] that's what you've got.

"The performance is simply reflecting what we had in qualifying as well.

"We didn't find the right balance. We were lacking grip. Did we understand that yet? Probably not.

"It's something we need to go back, analyse all the data and try to assess what happened."

Sebastian Vettel and his new teammate Charles Leclerc had described the car as nimble, responsive and easy to drive a few weeks ago, but Melbourne's Albert Park street circuit is a very different challenge to Barcelona.

It is a lower-grip, slower and bumpier circuit, while higher ambient and track temperatures place a premium on tyre preparation and management through one lap and over a stint.

The lap also begins with a fast right-left that requires the driver to have confidence in the car, something Vettel said he lacked all weekend.

It bears resemblance to the 2018 season opener, which Ferrari and Vettel won because of good fortune under the safety car after being comprehensively beaten in qualifying.

After that, Vettel qualified on pole in Bahrain and won again, as Ferrari emerged with the fastest car in the early part of the season.

However, Vettel dismissed the comparison, claiming last year's struggle in Australia was because of a lively rear end that required Ferrari to dial understeer into the car.

He said Ferrari had then improvements in place for Bahrain, which triggered the turnaround.

"The problem has nothing to do with what we have seen last year," he said. "Still the [2019] car, all the numbers and so on, make sense.

"Clearly we're missing something. Right now we don't have an answer but I'm sure we'll find something.

"We know the car is better than what we've seen, not just today but the whole weekend."

10 things we loved and hated about the Australian GP

Giovinazzi's Australian GP "more or less over" on first lap