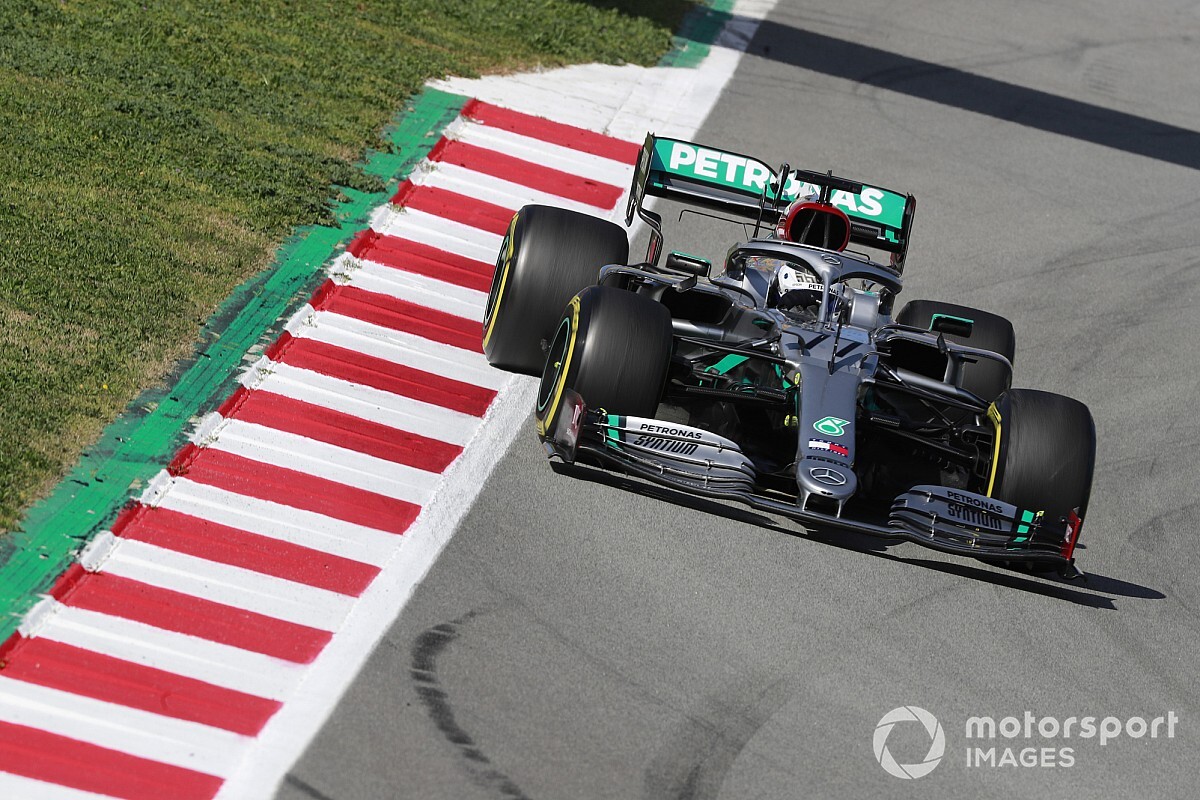 Valtteri Bottas completed the final session of Formula 1 pre-season testing on top of the timesheets, ending the day with a 1m16.196s to beat Daniel Ricciardo's morning benchmark.

Having fitted the C5 tyres midway through the afternoon's incident-free running, Bottas leapfrogged Ricciardo with a time just 0.05s faster than the Renault driver's best effort of the day to vault to the top of the times.

Moments later, Bottas then found another tenth in his back pocket, improving his first sector time over his previous best to cement his position.

Bottas held the overall fastest lap over the six days of testing too, setting a 1m15.732s on the final day of the first week – also on the softest compound of tyre available.

Max Verstappen also squeaked ahead of Ricciardo, going out on a set of brand new C4 tyres with half an hour to spare to set a time just 0.073s down on Bottas's chart-topping time.

Although Verstappen looked set to have one more chance to displace Bottas from the top, his final run on a new set of C4 tyres ultimately came to nought, leaving Bottas with the bragging rights.

Ricciardo's time from the morning was good enough to preserve third overall, while Charles Leclerc collected the fourth-best time having set a mammoth 181 laps throughout the day – just shy of three race distances at the Barcelona circuit.

Lewis Hamilton remained behind Leclerc having handed his seat to Bottas for the afternoon, while Esteban Ocon stitched together a lap just 0.02s down on Hamilton to finish the day sixth overall.

Sergio Perez and Carlos Sainz dedicated the afternoon to long runs, finishing the session in seventh and eighth having both surpassed 150 laps, both ending the day just clear of George Russell.

Russell had spent the day conducting aero work for Williams, and trialled new bodywork to help his team prepare for the Australian Grand Prix weekend.

Kimi Raikkonen remained in the Alfa Romeo for the afternoon, but his day ended with an hour to spare – leaving the Finnish driver locked in 12th.

Kevin Magnussen spent most of the afternoon stranded in the garage with apparent clutch issues, but returned for the final half-hour of running – setting his best time of a 1m17.495s on a set of C4 tyres to claim the 13th-best time – leaving Alex Albon at the bottom of the timing boards following his morning session off-road excursion at Turn 12.