Formula 1 will have "two key strategic priorities" in 2019, including greater publicity of the technical achievements of it turbo-hybrid engines and making the championship more accessible. 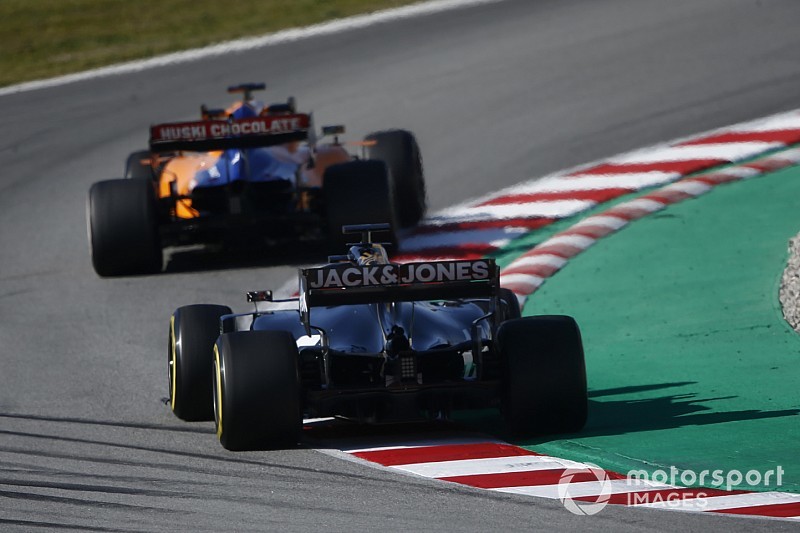 The noise, cost and complexity of the V6 turbo-hybrids have been under fire ever since they were introduced in 2014, with then-F1 boss Bernie Ecclestone and world champion Sebastian Vettel among the early and most high-profile critics.

That means milestones like Mercedes achieving 50% thermal efficiency in 2017 have been largely overlooked.

Speaking at the Geneva Motor Show, F1 CEO Chase Carey outlined two priorities, split between the relevance of the technology on show and making the championship "inviting to all".

"[The] first is to build not just on our technological leadership [in motorsport], but the incredible achievements in efficiency and sustainability for our cars and hybrid engines," said Carey.

"We'll continue to invest in opportunities to further reduce carbon emissions and other initiatives to be at the forefront of road relevant technology.

"Second, we want to continue to emphasise that Formula 1 is a sport for everyone.

"That means continuing to emphasise opportunities for females on and off the track and continue to expand as a global sport in every part of the world.

"We want to be a sport that continues to exude mystique and glamour, yet at the same time is open inviting to all."

A first-ever bespoke launch event will take place in downtown Melbourne ahead of the season-opening Australian Grand Prix, fan festivals and a 1,000th race celebration in China are all part of what Carey calls a bid to "elevate our global spectacles".

"We'll continue to upgrade our traditional and digital offerings in new and compelling ways, new camera angles and graphics, and much more," Carey said.

"We'll continue to elevate the sport beyond the race calendar."

He added this season is "just a step in our longer-term plans", as F1 perseveres with its idea of a 2021 sporting, technical and commercial overhaul.

Why F1's 2019 regulation changes "stung" for the teams