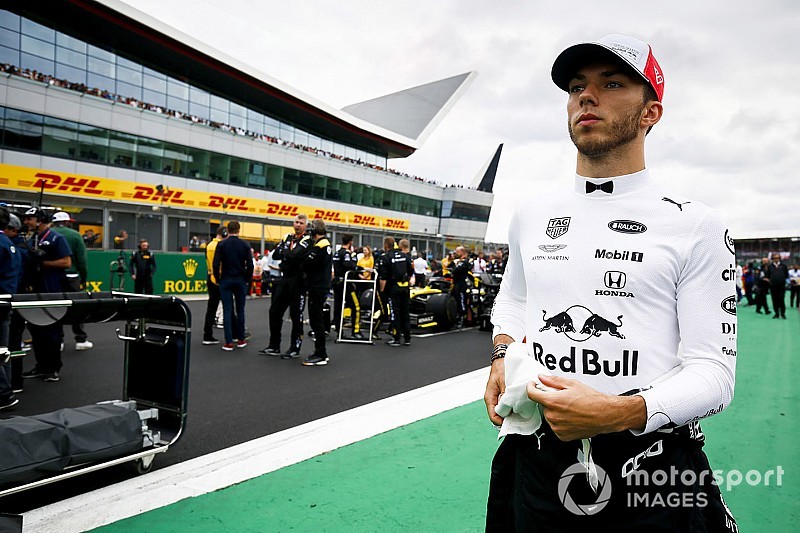 Pierre Gasly was "like a different driver" at the British Grand Prix, claims his Red Bull Formula 1 boss Christian Horner.

The French youngster has had a difficult start to the campaign, and his poor performances prompted speculation that he could be replaced at the end of the year if he did not lift his game.

But after a rethink on his approach to race weekends, and using a different set-up concept, Gasly delivered his best weekend of the year at Silverstone as he came home in fourth place.

For Horner, who had kept faith that Gasly could turn things around, the performance was a step change from a poor effort at the Austrian GP.

“I think Pierre has done a very good job all weekend,” said Horner. “I think turning the page from Austria, that was a really tough weekend for him, and I think coming here, just focusing on what he is doing and not worrying what his teammate was doing and just getting back to basics, he has been like a different driver all weekend.

“From the first session he has been competitive. He has built on that in FP2, and in all three elements of qualifying he was competitive and the race again here.

"He passed Vettel in the race and was racing hard with Leclerc and I thought he drove very well.”

Asked by Motorsport.com if Gasly's turnaround was simply down to just a new set-up, Horner said: “Not really. I think that just his approach to the weekend has definitely helped and he has just turned up here and been competitive.”

Gasly said the British GP had felt like a ‘massive’ step forward for him, but he said more was needed if he was going to become a podium challenger.

“I think it was by far the best weekend of the year, so yeah, we can be pleased,” he said. “There were quite a lot of things going on after Austria, a lot of meetings with the team checking how we can improve the whole thing, and we made a few changes and yeah, just pleased that from the first session we could see a big step forwards.

“It was a strong Friday, strong Saturday, strong Sunday. I just enjoyed the whole weekend a lot more so I think we can be pleased with the step we made.

“I am so pleased with the fourth place, but of course as a competitive guy I am a bit disappointed to miss out on podium by a couple of seconds.

"I’m a bit gutted now but I think we need to look at the whole picture and the whole weekend and it was a big step forward."