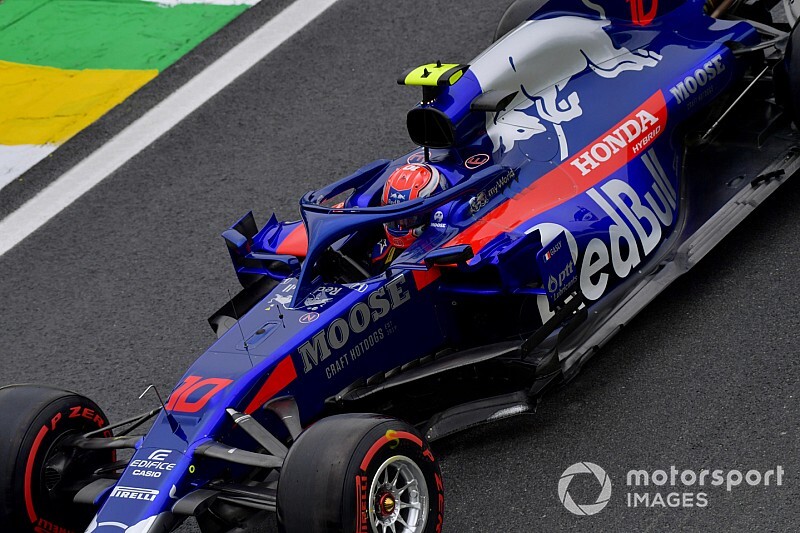 Gasly was promoted to the senior Red Bull team for 2019 to replace Renault-bound Daniel Ricciardo alongside Max Verstappen, but struggled to adapt to this new environment.

Red Bull dropped him to Toro Rosso for the Belgian Grand Prix onwards, swapping him with F1 rookie Alex Albon, and Gasly has been confirmed at the junior team for 2020 as Albon has been picked for a full-season Red Bull drive next year.

However, Horner has been impressed by Gasly's response to being dropped, with the Frenchman scoring points in four of the seven grands prix since his Toro Rosso return.

"It was very tough for him coming into the start of the season off the back off two accidents in pre-season and that I think definitely affected his confidence," said Horner.

"And of course being the team-mate to Max Verstappen is a very tough job to have, having that reference point.

"For Pierre, it was a difficult first half of the season for him. We felt that with the pressure building on him, the public pressure, the media scrutiny, it was right to remove him from that and put him into the slightly less pressured environment of Toro Rosso.

"Since that switch I think he has driven exceptionally well. You can see his confidence is growing. He's driven some very strong races and his pace is getting better and better.

"He looks happier in that environment, which is good to see."

Gasly said Red Bull's decision for 2020 did not come as a surprise to him as he "knew it was going to be like this".

He added that he has learned "how much of a team sport Formula 1 is" this year, and praised Toro Rosso for giving him "everything I need to perform consistently every weekend, which at the end makes it more enjoyable".

Asked by Motorsport.com if he was surprised by his instant return to form with Toro Rosso, Gasly said: "I've been fast every single year in my career, so I knew what was not going right during these six first months.

"When I got the news [of the demotion] I was confident that coming here [to Toro Rosso] I would be competitive again.

"To be fair, I wasn't really surprised. Of course you want to be consistent, it's difficult coming with a new car and not knowing what to do and it takes some time to really adapt to it.

"But I think I've been fast since my first season in single-seaters so I wasn't surprised to be competitive in the Toro Rosso again."