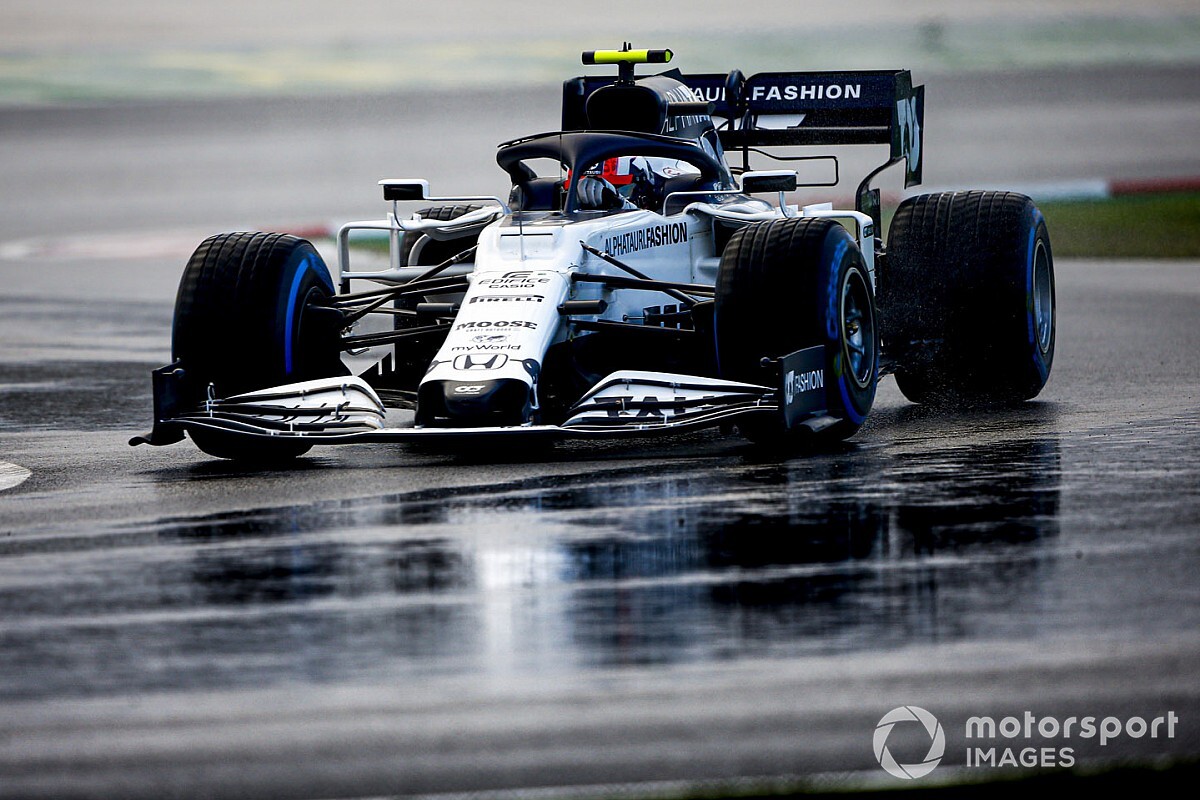 The AlphaTauri Formula 1 team is under investigation by the FIA stewards in Turkey after changing its mind on fitting a new Honda power unit overnight in Pierre Gasly's car.

If the team is found to have broken the parc ferme rules a possible outcome could be a pitlane start.

Gasly initially qualified 15th, although he gained two places when McLaren drivers Carlos Sainz and Lando Norris were both penalised.

It’s understood that for tactical reasons the team decided to undertake a complete change of PU elements and start at the back of the grid.

Such a change would give Gasly enough elements to get through the rest of the season without a further grid penalty.

The team requested the change on Saturday evening following qualifying - just after the Sainz penalty was announced but before that of Norris was confirmed - and permission was granted by technical delegate Jo Bauer.

Under parc ferme rules usually changes are only allowed if the team can demonstrate that there is a technical issue, and that any replacement parts are of the same spec. However it’s generally understood that doesn’t apply to PU elements.

Work began in the garage on Saturday evening. However, on Sunday morning the team told Bauer that it didn’t want to change the PU after all. After apparently reviewing race strategies it decided that it wasn’t worth sacrificing Gasly's 13th place.

Intriguingly Bauer has pointed out to the stewards that this suggests that the request for a change was not due to a “physical issue” but “strategic reasons.”

He also stressed the fact that the rear was off the car meant that the FIA could not confirm that other changes had not been made.

In his report Bauer said: “Yesterday the Scuderia AlphaTauri Honda team requested to change all PU elements on car number 10 for new ones. This request was approved at 18:55 on 14 September [sic] 2020, following a written request from the team concerned, this being in accordance with Article 34.2 of the 2020 F1 Sporting Regulations.

“The team started to take the car apart and the car was on high stands over night due to the work already carried out (gearbox removed, ICE removed, radiators removed etc.). This morning the team has withdrawn the request which allows an assumption that the change was requested for strategic reasons and not for physical ones.

“More importantly the car was already disassembled to a stage where it is impossible for the scrutineers and the other supervision means in place to guarantee that no modification to the car has been carried to any component by disassembling and refitting the original items.

“For the above mentioned reasons I am referring this matter to the stewards for their consideration.”