Grosjean: Illegal Renault system in use since 2015 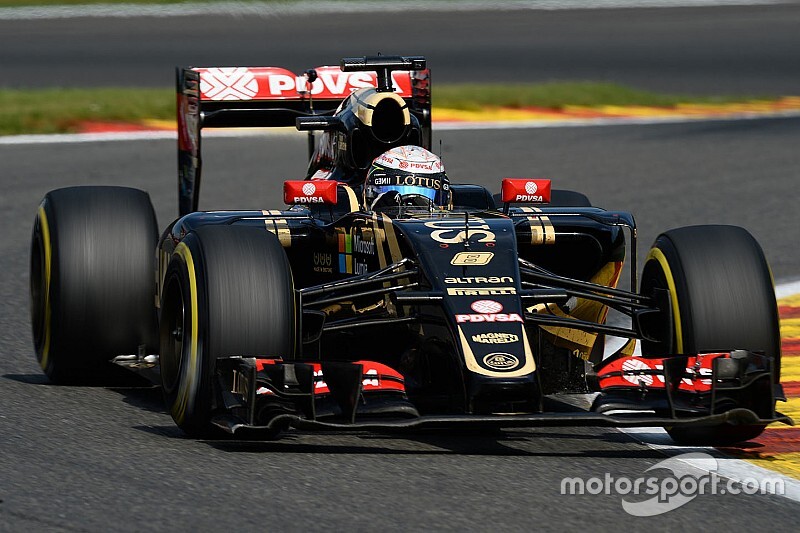 The Renault braking system deemed illegal by the FIA was in use as early as the 2015 Belgian Grand Prix in the team’s previous guise as Lotus, claims Romain Grosjean.

Both Renaults were disqualified from the results of the 2019 Japanese Grand Prix for using the system – a pre-set brake balance adjustment – and the team admitted that it was a driver aid, although its primary purpose was to reduce the workload of the driver instead of directly benefiting performance.

The FIA confirmed no breach of the technical regulations occurred, but that the system combined to form a sporting regulations breach.

Renault team boss Cyril Abiteboul revealed that the device had been used “for a while” but would not confirm how long, beyond admitting it was in use before 2019.

Grosjean drove for the Lotus team in 2015 – the season before the squad was bought by Renault – alongside Pastor Maldonado.

As he left at the end of that year to join Haas for the 2016 season, Grosjean didn’t drive for Renault under its current guise, racing for Haas ever since his switch four years ago.

When asked if Grosjean had mentioned on Thursday in Mexico that he drove with the Renault system since Spa in 2015, he said: “I may have. Yes.”

He was then asked “did you at that stage consider it to be legal?”

Grosjean replied: “Well let’s say that I asked to replicate it later on and they wouldn’t do it. It was good though.”

Racing Point – which challenged the Renault system after the Japanese Grand Prix – confirmed it did so because the FIA confirmed it was not allowed to replicate the system, according to team boss Otmar Szafnauer.

Abiteboul said that Renault had not sought approval from the FIA for its current design because it was convinced it was legal given how long it had been on the car.

He also stressed that it was not a performance-enhancing driver aid, simply a long-standing way to reduce the driver's workload.

However, Racing Point driver Lance Stroll reckons there will have been a benefit.

"They clearly gave them a penalty because it was an advantage," he said. "However, I don’t know the ins and outs of it, or how much they were doing it, or how much lap time it was, how much pace they were finding because of it.

"But I definitely know that they gave them a penalty for a reason. There is definitely a lot of workload for the driver, changing brake balance throughout a grand prix, and if you can avoid that, it’s definitely helpful."