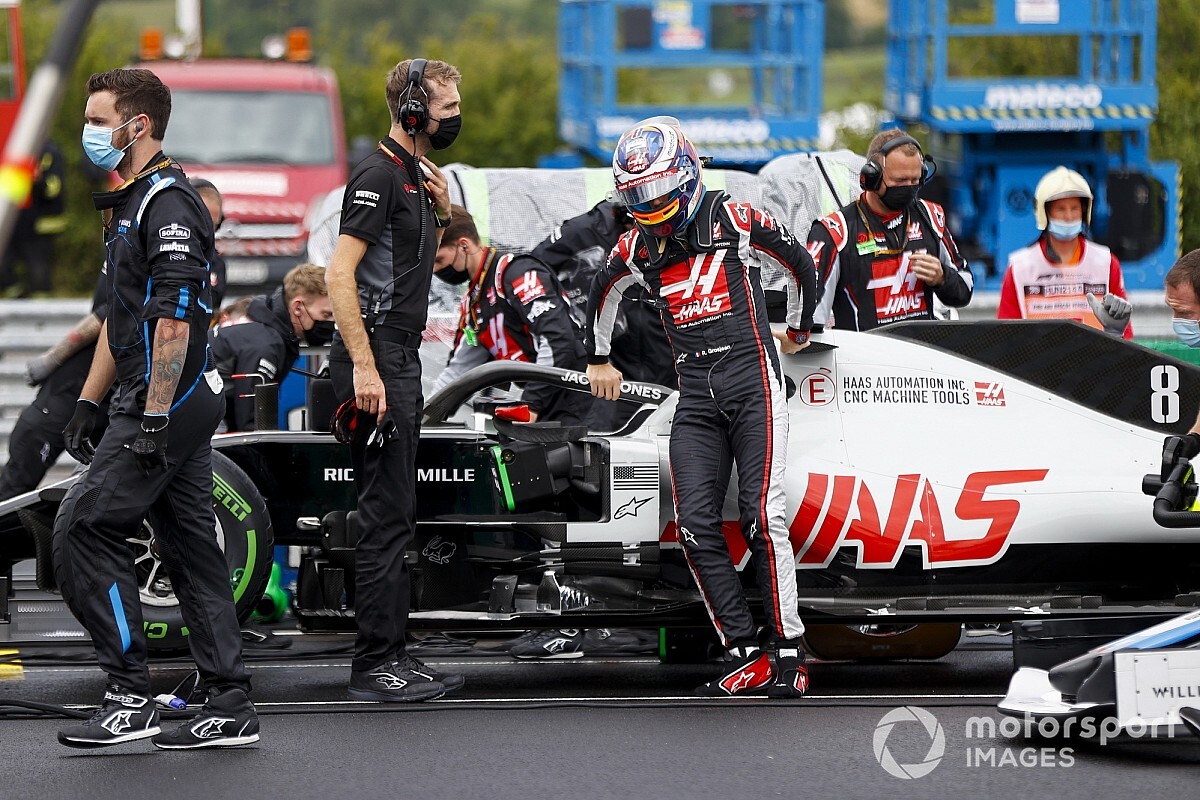 Haas' first points finish of Formula 1 2020 is under threat after the team was summoned to see the Hungarian Grand Prix stewards for a possible formation lap rules infraction.

The team has been called to explain its actions involving both its cars in relation to Article 27.1 for the F1 sporting regulations, which states "The driver must drive the car alone and unaided".

The stewards document requesting Haas explain its actions to the officials said the incident in question concerned "driver aids during formation lap".

Both Kevin Magnussen and Romain Grosjean pitted at the end of the formation lap to change to slick tyres – Magnussen from the extreme wets he had left the grid running.

The stop boosted the American team's drivers up the order in the early stages, with Magnussen hanging on to finish ninth and take two points with Haas' best result so far in the 2020 campaign.

Speaking to Sky Sports F1 after the race, Magnussen said: "I'm so happy, the team took an amazing call before the beginning of the race.

"To call for slicks was an amazing call from the team and really strong for them to give me that trust to put me out on dry tyres in those conditions.

"It wasn't easy and it was really risky, so they gave me that chance and it worked out. The pace was there to get the tyres alive and we moved all the way up.

"I started from the pitlane and after a few laps I was P3 or something and fully back in the race.

"I knew from there P3 wasn't for us, I was in P3 that was an amazing starting position in the race, I just thought 'I'll try and hang onto it as much as I can'.

"I was thinking, trying to judge where I might be able to hang on, because there's no point in trying to hang onto P4 or P3 because you'll just lose too much time, so I was asking the team 'where do you think I'm going to be' and eventually it was P9.

"I held onto it, I opened the gap to a Ferrari [Charles Leclerc], who would have thought that? I was able to keep the McLaren [Carlos Sainz] away.

"It just shows what a good car we have in the race and it proves that the team has done an amazing job even though we're struggling a little bit in qualifying, we are strong in the races."

After the formation lap change to slicks, Magnussen pitted, technically for the first time in the race, on lap 35 to swap his medium rubber take the hard tyres to the finish, with Grosjean doing the same on lap 34.