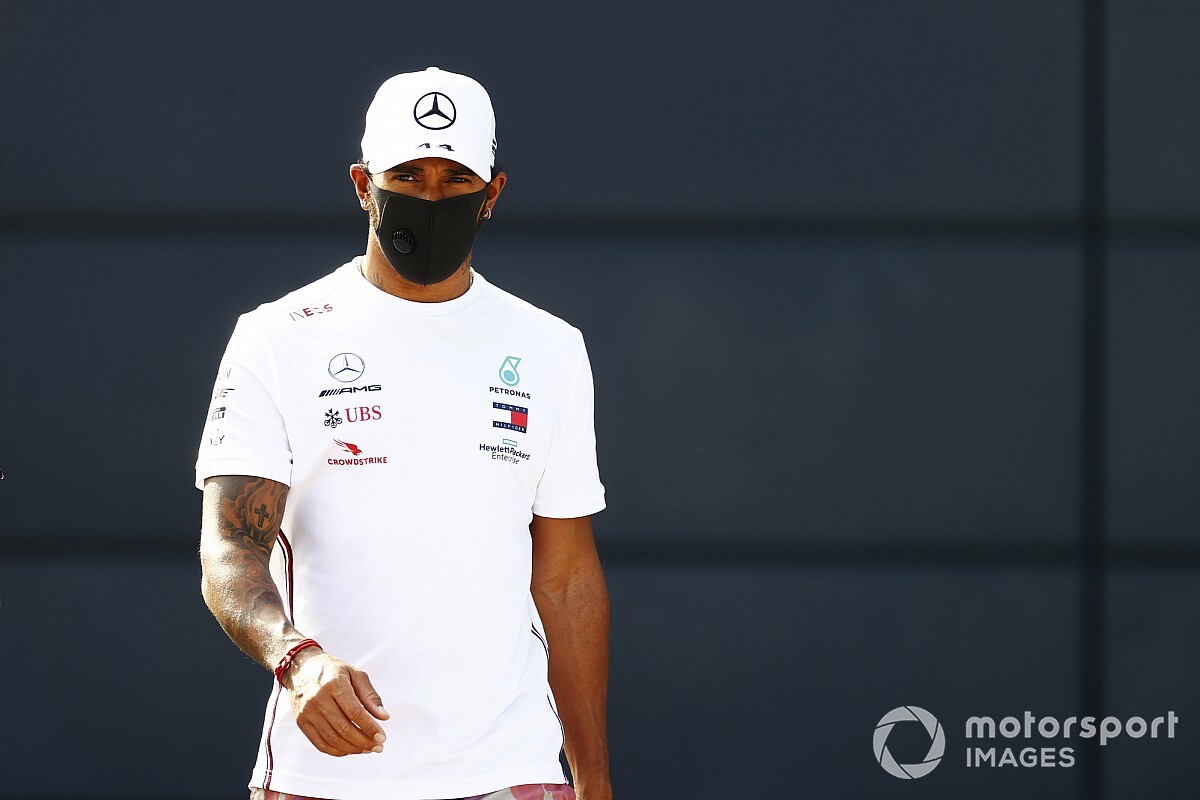 Lewis Hamilton says it is “doesn’t feel like the right time” to hold talks over a new Mercedes Formula 1 contract, but remains relaxed about his future with the team.

Mercedes announced on Thursday that Valtteri Bottas would be remaining with the team for the 2021 season after a smooth completion of talks over a new contract.

Six-time world champion Hamilton is yet to finalise a new deal with Mercedes beyond the end of this season, but both parties are widely expected to agree terms for a new contract.

Hamilton said on Thursday at Silverstone that there were no updates to offer regarding his future, feeling it was not yet the right time to open talks with Mercedes given the current global climate following the COVID-19 pandemic.

“Honestly, it just doesn’t feel like the right time to sit [down for talks],” Hamilton said.

“When you think about so many people in the world that have lost their jobs, and people that are unemployed, to sit and negotiate a big contract, it doesn’t seem like the most important thing that I need to apply time to right this second.

“The fact is I do want to continue with the team, and it’s not a big effort for us to sit down and get it done. Just right now, I don’t feel comfortable with it, and so we’ll wait a little bit longer.”

Hamilton has been F1’s leading voice amid the ongoing global activism against racial injustice, and has called on the sport’s leaders to help improve diversity in the industry.

The Briton played a role in Mercedes’ decision to switch to a black car livery for the 2020 season as part of its anti-racism messaging, while also committing to improve on the diversity within the team after revealing just 3% of its workforce identify as belonging to an ethnic minority.

Hamilton said he was “not talking to anybody else” about a drive for 2021, and that he was relishing the chance to work with Mercedes on furthering diversity and inclusivity.

“I’m looking forward to continue on, particularly as we just started a new chapter as a team in terms of how we educate ourselves, how we understand what we’re going to do to help be more diverse moving forward and be more inclusive,” Hamilton said.

“I’m super excited with what’s possible to do with Mercedes-Benz and this team moving forwards.

“At some stage, it will get done. I’m not stressed.”