Honda has given an unusually detailed insight into the development of its 2021 Formula 1 power unit, which scored its first victory in the hands of Max Verstappen at Imola.

Honda's 2021 engine, the so-called RA621H, is viewed by many in the F1 paddock as the strongest PU in the current field, with Pierre Gasly’s qualifying form for AlphaTauri backing up the pace of Red Bull Racing.

A major package of changes that was in the system had originally been postponed to 2022, but following the Japanese company’s decision to end its official involvement in the sport early it was decided to fast track the new project for this year after all.

That represented a huge commitment, as the call was made quite late last season.

“The original plan was to implement this new structure PU this year in 2021,” said head of power unit development Yasuaki Asaki.

“But then for a variety of reasons, it was decided not to proceed with a brand new PU. However, the thinking on this really changed when Honda announced that we would be leaving the sport.

“I went to President Hachigo, and said to him that we would really like to implement this new structure PU for our last year in the sport. And he kindly accepted that request.”

Asaki stressed that the changes to the layout of the new PU were so significant that a huge amount of work was required.

“That was never going to be an easy task, given the scope of the changes being made to the power unit’s architecture,” he said.

“First of all we've changed the camshaft layout to be much more compact, and also brought its position lower down so it's closer to the ground.

"We've also had to make the head cover lower and more compact, which means that the way that air flows over it has become a lot better, and we've also lowered the centre of gravity of the ICE.

"Another thing we changed is the bore pitch, by reducing the distance between one bore and the next, we've made the engine itself shorter, smaller. 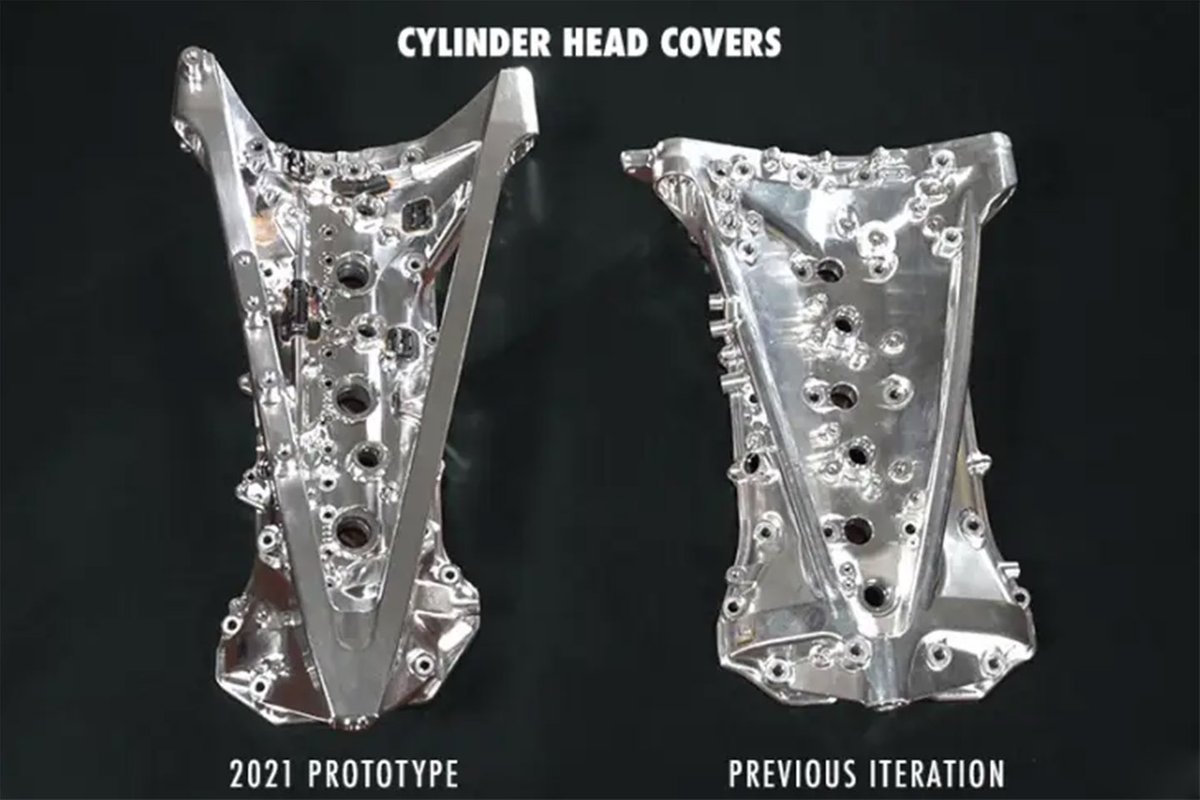 Asaki said that Honda had to address all the key parameters in order to stay competitive with its main rivals.

“So compared to the recovery that we were getting last year, what we're having to do is increase the amount of crankshaft output, and at the same time ensure that there's a good level of exhaust output, exhaust temperature as well.

“So we've had a number of different development objectives, and we believe we have met them.”

Input from Red Bull Technology helped to ensure that nothing was left to chance.

“I believe that we were able to implement everything that we have to in order to compete with Mercedes,” said Asaki.

“We had a lot of cooperation from Red Bull, making sure that we could get the most from this new compact engine.

“This is the first time that we’ve gone as far as changing the structure of the PU itself.

“But I think the biggest challenge that we’ve had up to this point was back in the McLaren days, when we made big changes to the MGU-H, we changed the positioning of the compressor and turbine in relation to the V bank.”

Regarding the effort required from his team and the wider Honda company Asaki added: “I had acknowledged in some ways that it was an incredibly challenging target.

“But I think our engineers have had both the understanding that yes, we’ve only got a year left, but also we’ve got a full year left and we have to do something with that time, and they’ve worked hard during the time that we have had.”