The debate over Lewis Hamilton's future in Formula 1 ended abruptly on Saturday morning when Mercedes announced that the world champion will indeed stay on for the 2022 and 2023 seasons.

While the general vibe in recent months suggested that Hamilton was keen to race on into the era of the new regulations, there was always some lingering doubt about his longer-term plans.

What if he won his eighth title this year and decided that was it? Or would the fight with Red Bull and Max Verstappen take so much out of him that he would opt for a sabbatical?

Given that the contractual negotiations for his current one-year deal were only concluded in February, it seemed likely that things would drag on for a few months, with Hamilton in no real hurry to get things done, and waiting to see how the season panned out.

In fact, the opposite has proved to be the case. The discussions that took place at the start of this year may only have resulted in an initial one-year extension, but it was very nearly a two-year deal.

And more importantly they created a framework for the new, longer arrangement as both sides understood what was possible, and what was wanted.

Thus just a few months after the current deal was agreed once Hamilton and Wolff got down to serious talking, it didn't take long for them to conclude a new agreement.

"We printed the contract out yesterday night, signed it," Wolff said on Saturday. "And then we said we are announcing today.

"But we were pretty clear for a while about the most important pillars of the contract. It's a hard fought championship, it needs all the concentration. And that's why the announcement came so quickly. 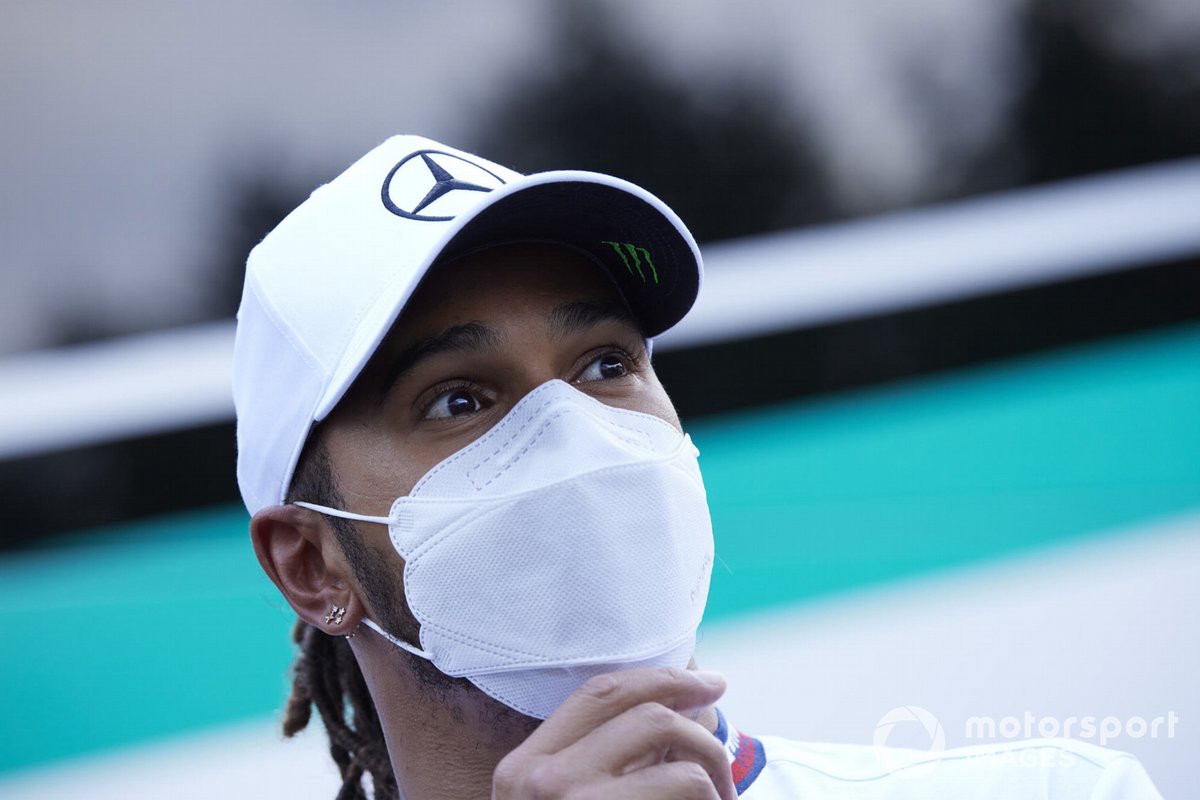 "We just negotiated, and the winter seems like yesterday. And all the important points we already discussed, so it was basically copy/paste, extend the term to two years, decide on the detail of how we want to continue our joint foundation. And that was pretty much it."

Asked by Motorsport.com if he was surprised that Hamilton was willing to commit relatively early, Wolff insisted that this time it was always likely to be agreed sooner rather than later.

"We were clear over the winter that we didn't want to drag the next discussions for such a long time," he confirmed. "He knows very well the state of the nation in the team, what we're doing for this year's championship, and the developments for next year.

"And it was clear that it was important to commit to the next two years, year number one of new regulations, and year number two. And for both of us, it's good. He knows the team inside out, we know that his experience, his speed, his motivation is absolutely spot-on. And that's why it was clear to continue.

"There was no difficult decision around money or term, it was more around what are the joint activities that we want to deploy, and continue our foundation work, and carve that out in the right way."

When asked if the new deal was indeed a copy/paste of the current one, Hamilton said that those winter discussions had indeed made it easier this time around.

"It was a lot smoother than it was in December and January," the world champion explained.

"I had a lot on over Christmas and New Year, it was a stressful period. And naturally we were doing this over Zoom, which is not always the most productive when you're having these conversations.

"I think this one was much, much easier. Toto and I spent a lot more time together, face to face.

"And also, I was unsure of whether I would continue or not. I started off the year, I had the best and most enjoyable start to the year, enjoyed the rollercoaster ride that we're having. 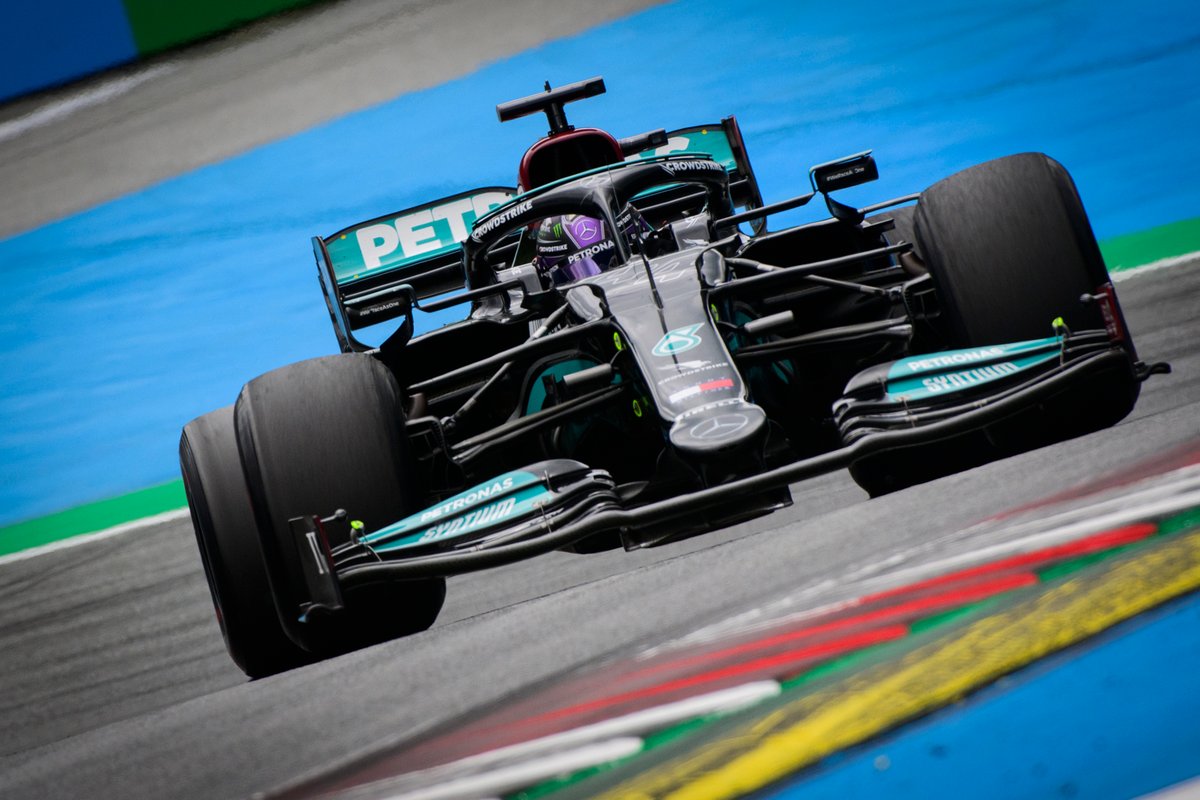 "I think it was really the best thing was to be able to get this done before the summer break, which is obviously next month. So now we can just focus on being the best team we can be."

That focussing comment seemed to suggest that an ongoing lack of a deal can be an unnecessary distraction for driver and team, especially in a tight championship fight. Certainly Wolff sees it that way.

"It is good that we have this sorted for the next two years," said the Austrian. "There is so much work and so many challenges that we need to solve that in a way we ticked one box, and that's good. It gives us more capacity to look at other things."

However, Hamilton played down the suggestion that he personally has ever been affected by not having his future plans secured.

"I don't find it as a distraction," he said. "I think in the past, I remember times we didn't want to do it during the season, because it's stressful to have those conversations. But it's been a much, much better process this time, and it's happened real quick.

"Toto was fantastic in the negotiations. Ola [Kallenius] and the [Daimler] board have been incredibly supportive. And you know, we've just continued to grow in our relationship and how we communicate, and making sure that we're aligned.

It's clear that Hamilton really has explored his options over the last few months, and came to the conclusion that he still loves his day job. There will be plenty of time in future years to switch his full focus elsewhere, to his other projects and interests. 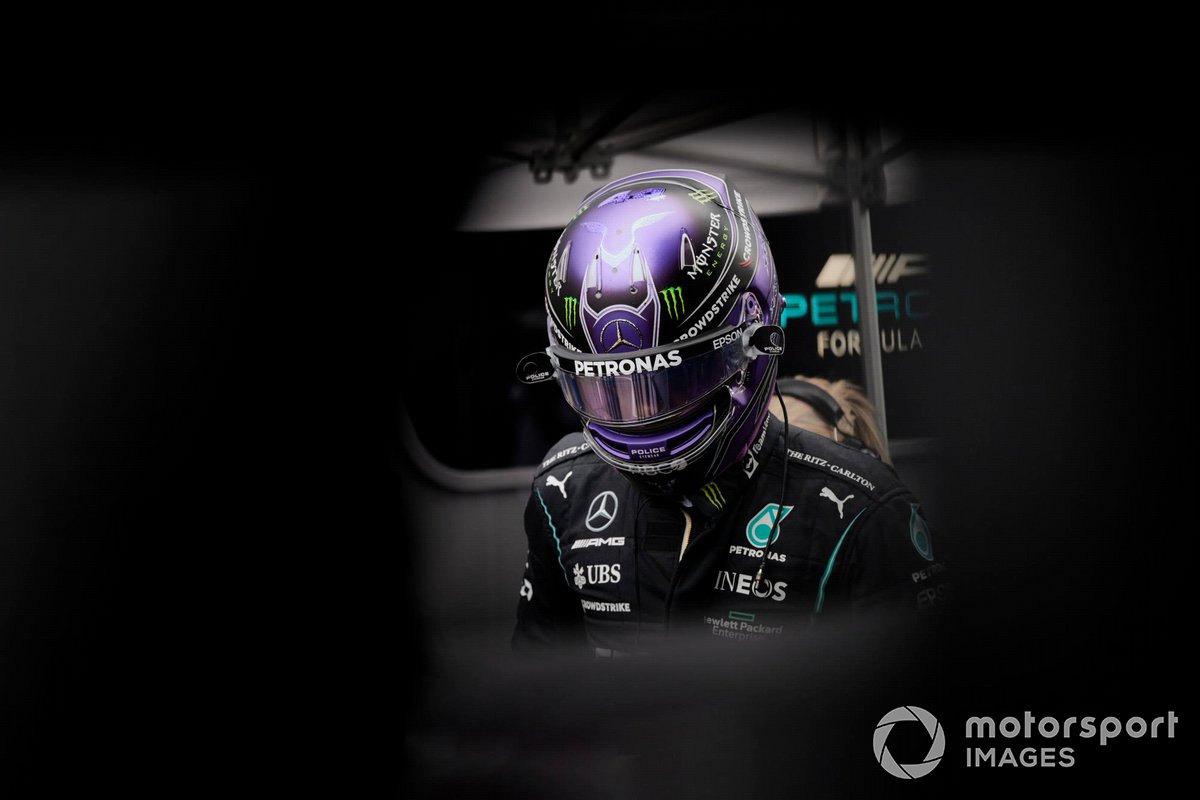 "It's making me dig deeper, and I love that. I guess it has been reinvigorating the love that I have for this sport, and love for what I do.

"I've been a part of the start of that, and I want to continue forwards with that. I love working with this team, I feel constantly challenged. And I think we're being challenged more than ever this year, which I think is great.

"And I love racing. This is what I was born to do. And I still feel fit, I still feel as committed as ever. So I didn't see a reason to stop."